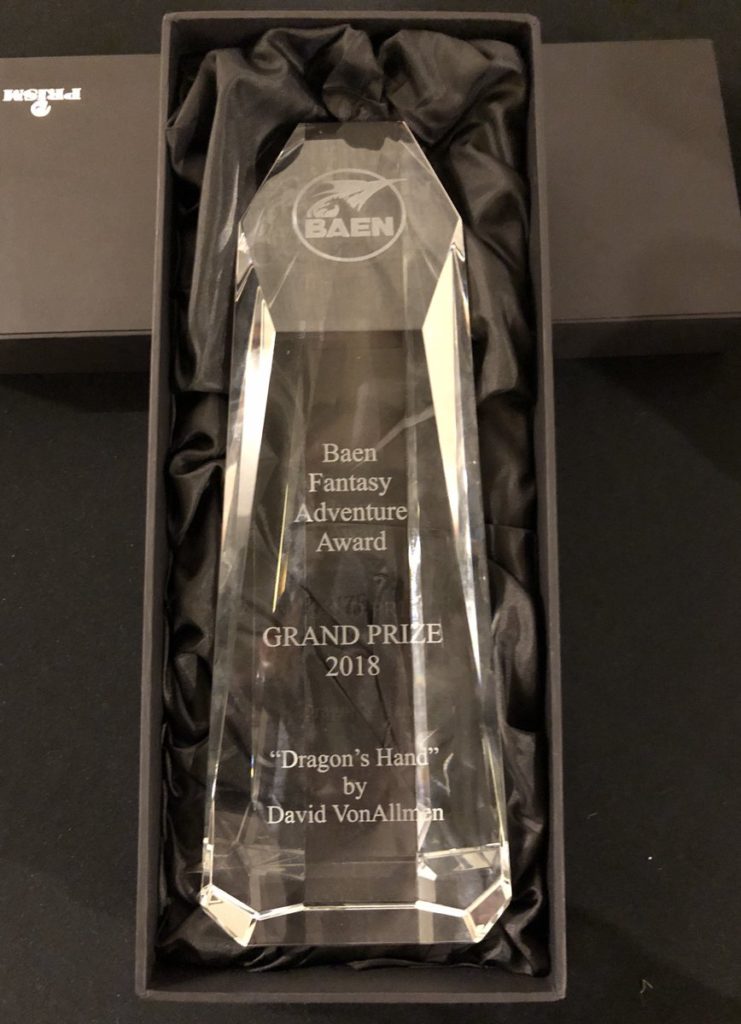 Baen Books announced the winner of the 2018 Baen Fantasy Adventure Award at the start of the Baen Travelling Roadshow on Saturday, August 4 during the Writer’s Symposium at Gen Con in Indianapolis.

David VonAllman noted on Facebook that with him winning the Baen Fantasy Adventure award, Stephen Lawson the 2018 Jim  Baen Memorial Short Story Award, and Dustin Steinacker the 2018 James White Award, it’s been quite a year for the Writers of the Future class of 2017 (when all three were finalists).