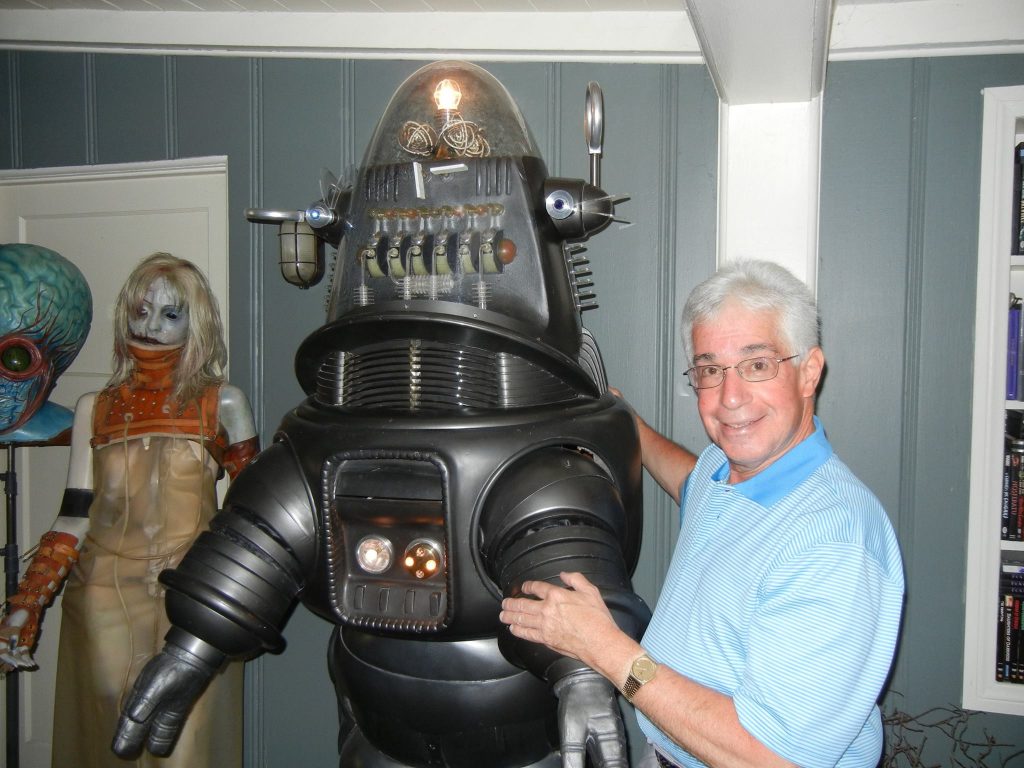 By Steve Vertlieb: With the most beloved robot in movie history…the original “Robby, The Robot” from Forbidden Planet. Robby and I met at film director William Malone’s home and, for me, this was a lifelong dream come true. Robby captured my childhood imagination in 1956 when I was just ten years old, and I couldn’t stop grinning when I saw him in person. Bill has offered Robby to the world once more, and this beloved robot has been sold during a bidding selection offered through Bonham’s and Turner Classic Movies. I am forever indebted to Bill Malone for allowing me to spend precious moments with our beloved Robby at his home several summers ago.

I was as giddy and as excited as a star struck ten-year-old (my age when I first encountered Robby in “Forbidden Planet” at the Benner Theater in 1956) when I met “Robby, The Robot” in person in August, 2014. I’ve been fortunate enough to meet and befriend many of my lifelong heroes over the past seventy-odd years, but few were able to generate the excitement and little boy wonder I felt when actually standing next to and touching my beloved “Robby” three summers ago in Los Angeles.

1 thought on “A Visit with Robby the Robot”