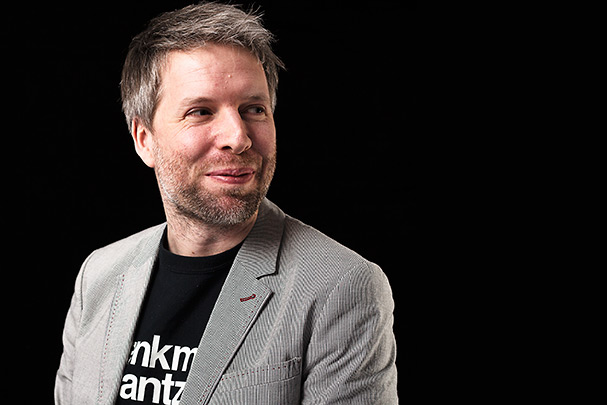 Adam Christopher blends it all in his tales of the world’s last robot.

Brisk Money came out in 2014 and Made to Kill in 2016. The paperback of Made to Kill came out in October. Standard Hollywood Depravity is set for March 2017 and Killing is My Business for July 2017.

The title for Brisk Money comes from Raymond Chandler’s comment on science fiction:  “They pay brisk money for this crap?”

Read an excerpt from Made to Kill

Raymond Chandler famously hated science fiction, saying “They pay brisk money for this crap?” However, it has recently come to light that Chandler secretly wrote a series of stories and novels starring a robot detective. He then burnt all the manuscripts and went on writing his noir masterpieces. Unknown to Chandler, his housekeeper had managed to save some of these discarded manuscripts from the grate in his study, preserving the tales for future generations.

The first of these stories was recently unearthed by author Adam Christopher. On the topic of how the manuscript made its way from Chandler’s study in California to Christopher’s home in England, Christopher is suspiciously quiet.

It was just another Tuesday morning when she walked into the office–young, as I suspected they all might be, another dark brunette with some assistance and enough eye black to match up to Cleopatra. And who am I? I’m Ray, the world’s last robot, famed and feared in equal measure, which suits me just fine–after all, the last place you’d expect to find Hollywood’s best hit man is in the plain light of day.

In an alternate version of 1960s Los Angeles, the world’s only robot detective has been turned into a hit man by his corrupted master computer.

Raymond Electromatic is good at his job, as good as he ever was at being a true Private Investigator, the lone employee of the Electromatic Detective Agency–except for Ada, office gal and super-computer, the constant voice in Ray’s inner ear. Ray might have taken up a new line of work, but money is money, after all, and he was programmed to make a profit. Besides, with his twenty-four-hour memory-tape limits, he sure can keep a secret.

When a familiar-looking woman arrives at the agency wanting to hire Ray to find a missing movie star, he’s inclined to tell her to take a hike. But she had the cold hard cash, a demand for total anonymity, and tendency to vanish on her own.

Plunged into a glittering world of fame, fortune, and secrecy, Ray uncovers a sinister plot that goes much deeper than the silver screen–and this robot is at the wrong place, at the wrong time.

The moment Raymond Electromatic set eyes on her, he knew she was the dame marked in his optics, the woman that his boss had warned him about.

As the band shook the hair out of their British faces, stomping and strumming, the go-go dancer’s cage swung, and the events of that otherwise average night were set in motion. A shot, under the cover of darkness, a body bleeding out in a corner, and most of Los Angeles’ population of hired guns hulking, sour-faced over un-drunk whiskey sours at the bar.

But as Ray tries to track down the package he was dispatched to the club to retrieve, his own programming might be working against him, sending him down a long hall and straight into a mobster’s paradise. Is Honey still the goal—or was she merely bait for a bigger catch?

Just your standard bit of Hollywood depravity, as tracked by the memory tapes of a less-than-standard robot hitman. 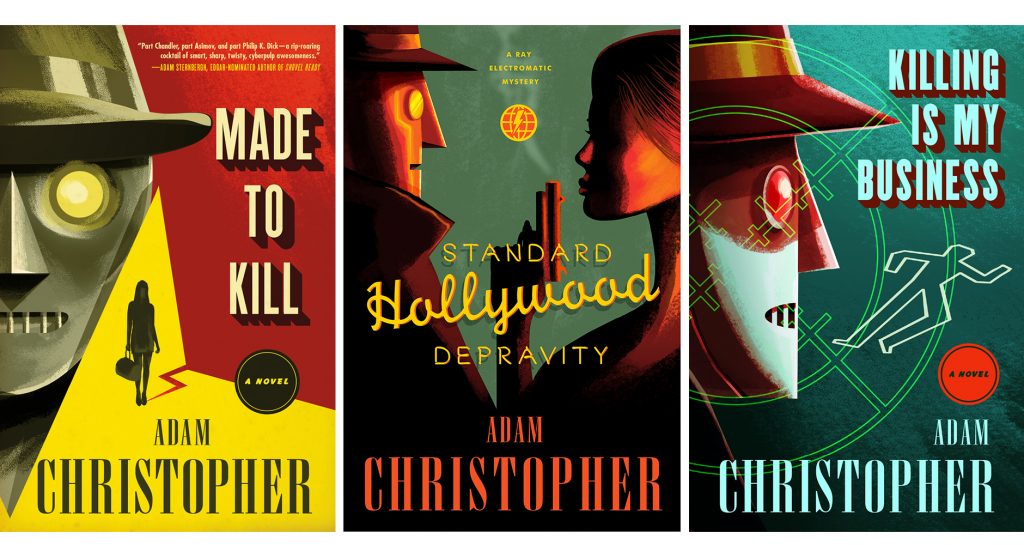