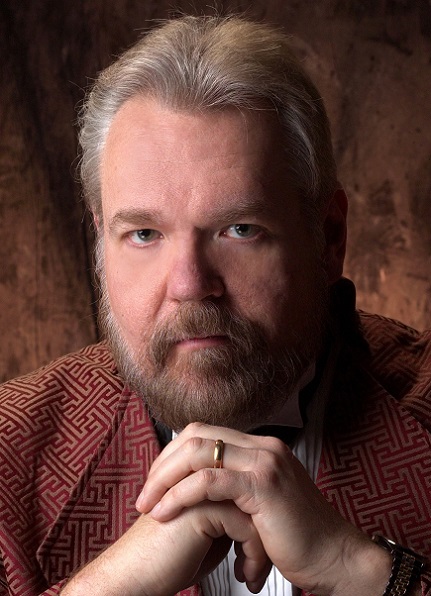 By JJ: As part of my 2016 Hugo reading, I had on my list Impersonations, by Walter Jon Williams. I hadn’t read any of his books up to now (but hey, WJW, thanks for the beautiful color postcard from Worldcon; the synopsis not only convinced me to read the book, but I’m using it as a bookmark). So I first got hold of, and read, the three books in the Dread Empire’s Fall [Praxis] series, to which this short novel is a kind-of-sequel (although it reads well as a standalone, if you haven’t read the trilogy).

Oh, wow. If, like me, you are one of those people who at first loved the Honor Harrington series but became disenchanted with the endless infodumps of ship and weapons designs, missile and laserstrike counts, and political proselytizing… then this is your antidote: fast-paced, tension-filled, fun military hard SF adventure, without all that associated tedious stuff. 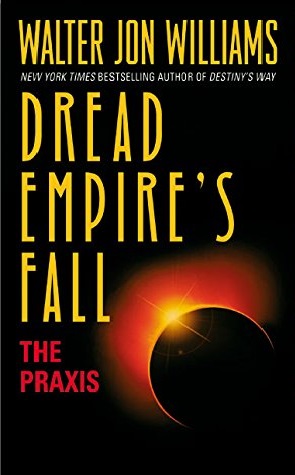 For millennia, the Shaa have subjugated the universe, forcing the myriad sentient races to bow to their joyless tyranny. But the Shaa will soon be no more. The dread empire is in its rapidly fading twilight, and with its impending fall comes the promise of a new galactic order… and bloody chaos. A young Terran naval officer marked by his lowly birth, Lt. Gareth Martinez is the first to recognize the insidious plot of the Naxid – the powerful, warlike insectoid society that was enslaved before all others – to replace the masters’ despotic rule with their own. Barely escaping a swarming surprise attack, Martinez and Caroline Sula, a pilot whose beautiful face conceals a deadly secret, are now the last hope for freedom for every being who ever languished in Shaa chains – as the interstellar battle begins against a merciless foe whose only perfect truth is annihilation. 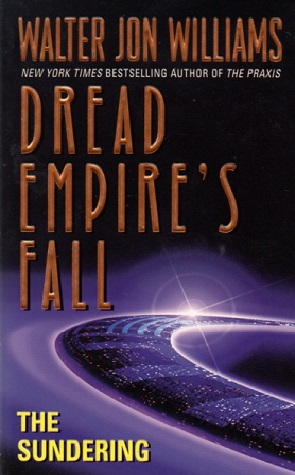 The Dread Empire of the Shaa is no more, following the death of the last oppressor. But freedom remains elusive for the myriad sentient races enslaved for ten centuries, as an even greater terror arises. The Naxids – a powerful insectoid species themselves subjugated until the recent Shaa demise – plan to fill the vacuum with their own bloody domination, and have already won a shattering victory with superior force and unimaginable cruelty. But two heroes survived the carnage at Magaria: Lord Gareth Martinez and the fiery, mysterious gun pilot Lady Caroline Sula, whose courageous exploits are becoming legend in the new history of galactic civil war. Yet their cunning, skill, and bravery may be no match for the overwhelming enemy descending upon the loyalist stronghold of Zanshaa, as the horrific battle looms that will determine the structure of the universe – and who shall live to inhabit it – for millennia to come. 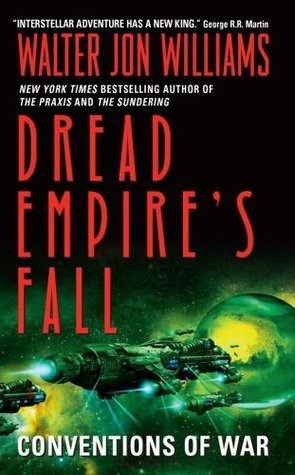 The universe has fallen into bloody chaos now that the dread empire of the tyrannical Shaa is no more – at the mercy of the merciless insectoid Naxid, who now hunger for domination. But the far-flung human descendants of Terra have finally tasted liberty, and their warrior heroes will not submit. Separated by light-years, Lord Gareth Martinez and the mysterious guerrilla fighter Caroline Sula each pursue a different road to victory in tomorrow’s ultimate battle — for the new order will be far more terrible than the old… unless one last, desperate stratagem can hold a shattered galaxy together. 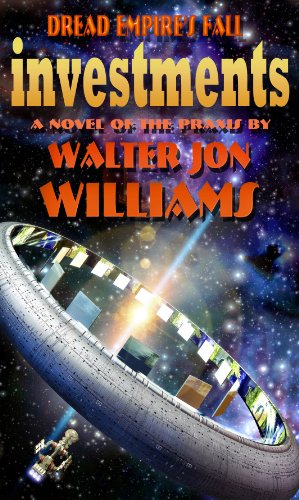 Unable to find a meaningful posting due to the hostility of his superiors, Captain Lord Gareth Martinez has accepted a meaningless post as Inspector General of Chee, a newly-settled world. Intending nothing more than a pleasant vacation with his family, he first stumbles across a murderous conspiracy, and then learns he must battle a literal cosmic menace that threatens to wipe out all life on the planet.

(A first cut of this story appeared in Robert Silverberg’s Science Fiction Book Club anthology Between Worlds, but Williams did not get the expected opportunity to revise it before publication – so this standalone e-book is the revised, preferred “director’s cut” version.) 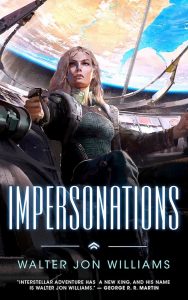 The people of the Imperium think of Captain Caroline Sula as the last remaining heir of an aristocratic line, an ace military pilot, and a brilliant insurgency leader responsible for the retaking of their home planet from a conquering species. They’re right on 2 of those 3 counts – but the truth of the other is a deep, dark secret which torments her in her sleep. And now someone from her past appears who may blow that secret wide open – never mind the fact that someone is setting her up to be sent to prison, and someone else is out to kill her.

The Praxis books are full of clever military strategy and battles – plus some bonus guerrilla warfare strategy in retaking a conquered planet. The worldbuilding is excellent. The character development, for the most part, is devoted mostly to the two main characters, whose stories are told in alternating chapters – and one of those is a flawed, but fantastic, strong female character.

Not only is this on my 2016 Hugo Best Novel shortlist, the series is on my Hugo Best Series shortlist.

Bonus: WJW is an avid scuba diver, and as a diver, I have enjoyed immensely reading the trip reports he posts on his website.

Walter Jon Williams is the author of thirty volumes of fiction, in addition to works in film, television, comics, and the gaming field. His works have won two Nebulas and a Sidewise Award and have been repeatedly named Finalists for the Philip K. Dick, Sturgeon, Nebula, Prometheus, Sidewise, HOMer, SF Chronicle, Asimov’s and Locus Awards; he’s appeared on bestseller lists, and he’s a world traveler, scuba diver, and a black belt in Kenpo Karate.

22 thoughts on “After The Fall – Walter Jon Williams’ Praxis Universe”