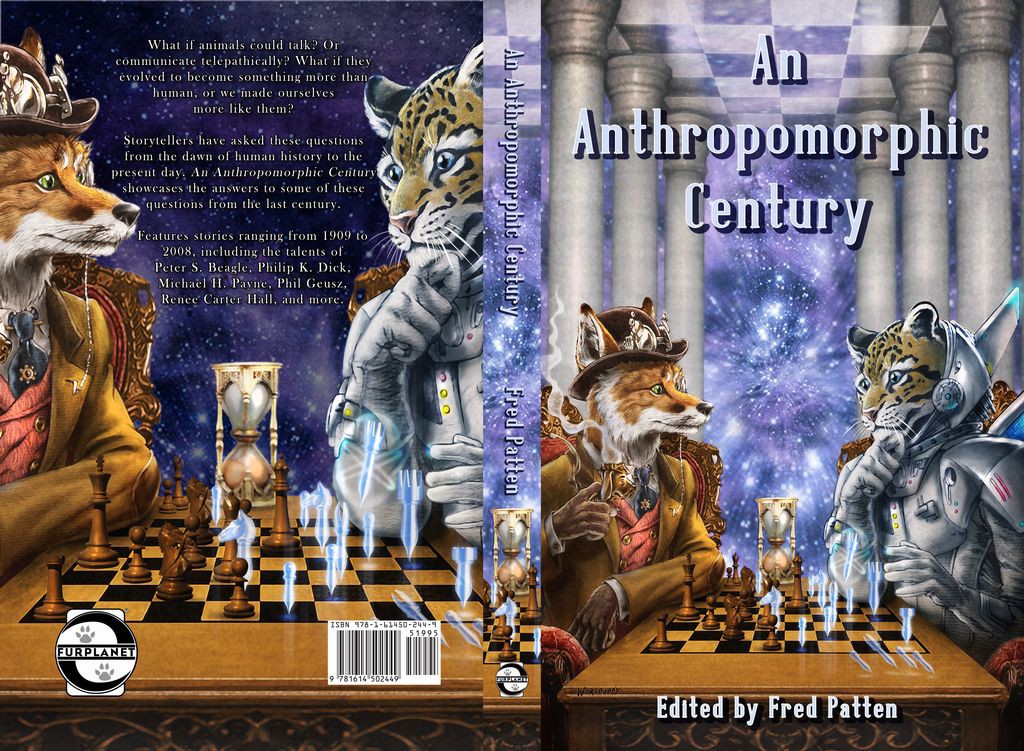 Fred Patten’s sf anthology An Anthropomorphic Century will be published on September 24 and released at the RainFurrest 2015 convention, in Seattle on September 24-27. The book can be ordered from FurPlanet.

Patten has selected 20 short stories and novelettes published from 1909 to 2008.

12 thoughts on “An Anthropomorphic Century To Launch at RainFurrest”