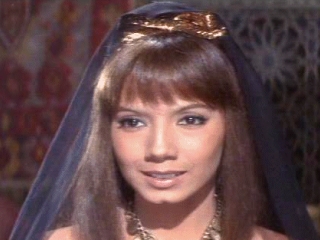 By James H. Burns:  One Sunday afternoon, at the Roosevelt Hotel in Manhattan, at one of Fred Greenberg’s erstwhile comic book marketplaces, the once-a-month comic book shows that took over from the late Phil Seuling’s “Second Sunday” events, I met a lovely young lady.

In the late 1980s, it was still rare to see women at comic book conventions, particularly “dealers’ room only” get-togethers.

If you saw a young lady, usually she was someone’s sister, or daughter, wife or girlfriend.

As in this case!

I was behind a dealer’s table when we met, and we chatted amiably.

About an hour later, she came walking by, and threw something at me…

It was a wadded up piece of paper.

It was her phone number.

I was on a several-week break-up from my own girlfriend; this gal was just on a second date with someone, so I did give her a holler.

She was petite, and had a Carly Simon look (not unusual, intriguingly, for those years in New York), and was a perfectly nice, bright and funny person. We dated briefly, and remained friends.

But I was astonished, just a few years later.

Someone gave me a copy of the 1965 Hammer film, She, an adaptation of H. Rider Haggard’s fantasy-adventure novel about a lost kingdom, and its matriarch. (The film starred Ursula Andress, John Richardson, Peter Cushing, and Christopher Lee.) Early in the picture, heroes Leo Vincey and Major Holly unknowingly meet a member of Queen Ayesha’s “tribe,” while in an Israeli cafe.

Rosenda Monteros portrayed Ustane, and she was stunning and had a particularly winsome charm.

She also could have been the sister of the gal I met in New York City.

Perhaps the reason I was instantly attracted to the latter, was that the image of Ustane had been locked in my mind since I was a boy, and saw She in the late 1960s!

Flash back again with me, if you you will, to the Autumn of 1967, when ABC premiered a new Friday night hour-long series from MGM, which has now largely been forgotten, called Off To See The Wizard.  It was an anthology series featuring titles from the studio’s catalog that could be considered family viewing.

Clarence the Cross-Eyed Lion and Flipper were two of the bigger movies shown on the series, which usually split its offerings into two separate installments. (Genre-related titles of interest included Captain Sinbad, The Glass Slipper, Island of the Lost, Mike and the Mermaid, Tarzan the Ape Man, and What Ever Happened To Mother Goose (aka Who’s Afraid of Mother Goose?)  William Shatner’s pilot for an Alexander the Great television series, shot in late 1963, was also finally broadcast, co-starring Adam West as his best friend (along with Simon Oakland), and “guest-starring” Joseph Cotten and John Cassavettes…  (Had an Alexander series begun airing in 1964, starring Shatner and West, the course of 1960s pop culture might have been vastly altered!)

Lili, which takes place at a circus in a small French town was actually based on a very different tale by the popular sports-writer turned fiction author, Paul Gallico, about a misanthropic, if successful, television puppeteer in New York, entitled “The Man Who Hated People.” (Gallico’s short story originally appeared in The Saturday Evening Post).  Helen Deutsch’s screenplay adaptation later served as the basis for the Broadway musical Carnival!, in 1961.  But oddly, nowhere in the credits of the original cast album, or some other material related to the play–presented by legendary Broadway impresario David Merrick (and with a script by Michael Stewart, and music and lyrics by Bob Merrill, for director Gower Champion) — is Gallico’s name….

The “Hi-Lili, Hi-Lo” song sequence, in which Caron communicates with Mel Ferrer’s puppets just beyond their simple stage, stayed with me throughout my childhood, as it had for so many who saw the movie, a generation earlier!

But I was absolutely stunned, twelve years ago, when I finally caught up with the movie again, and discovered that some part of the picture had always lived within my subconscious. Because the styles worn by some of the film’s male cast I realized, had influenced elements of my own fashion sense, as a young man!

….All of which goes to prove that the films and television we show our youngsters are of importance.  There is no telling how, or when, they may continue to live in mind! 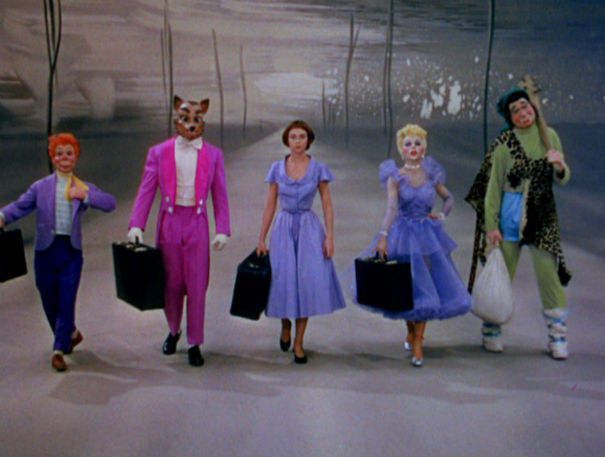