By Carl Slaughter: Jonathan Maberry is the editor of three anthologies coming out in 2017. 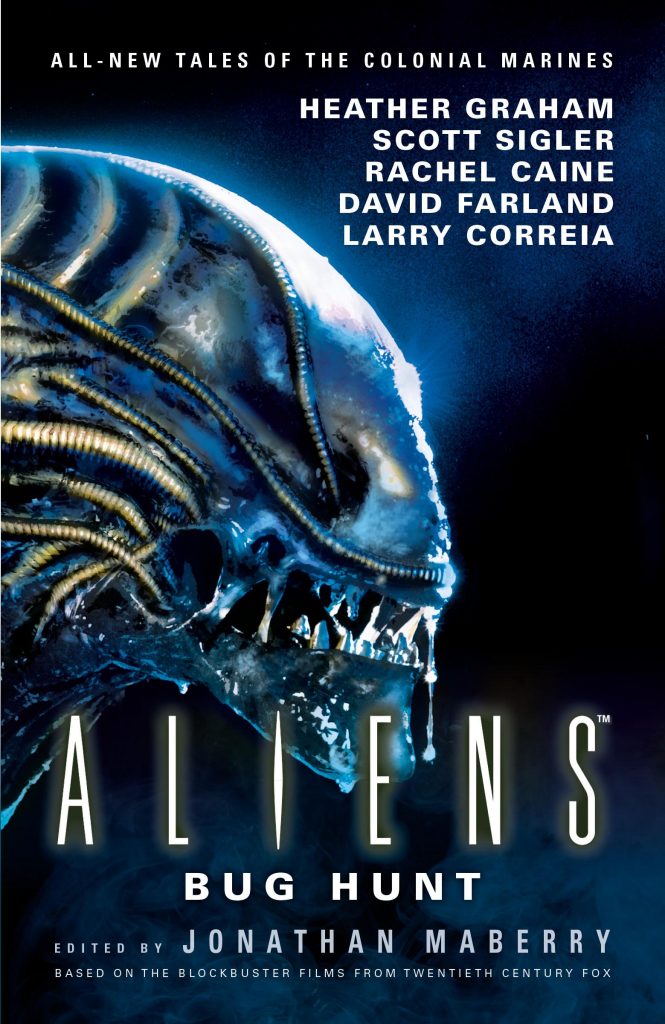 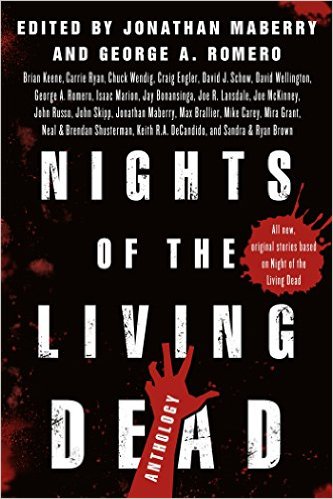 Nights of the Living Dead Anthology edited by Jonathan Maberry and George Romero will be released July 11, 2017

Calling ALL zombie fans! New York Times bestselling author Jonathan Maberry (Patient Zero, Rot & Ruin) and the godfather of the dead himself, George Romero (Night of the Living Dead) are joining forces to edit Nights of the Living Dead, an anthology of all-original stories set in the 48 hours surrounding Romero’s landmark film. If you love zombies –and who doesn’t?—it all started with NOTLD. Every zombie movie, comic, book, game, or toy exists because of Romero’s landmark film.

Nights of the Living Dead will be published by Griffin, and will include stories by:

David Wellington, bestselling author of the landmark Monster Island and its sequels as well as the critically acclaimed new zombie novel, Positive.

George Romero, the Godfather of the dead.

Isaac Marion, author of the #5 New York Times bestselling zombie novel, Warm Bodies, which was made into a successful movie.

Joe R. Lansdale, bestselling & Bram Stoker Award-winning author of 45 novels as well as comics and short stories. His mystery series Hap & Leonard is in production for TV. His Bram Stoker Award-winning short story, “On the Far Side of the Cadillac Desert with Dead Folks,” was included in the first-ever zombie anthology, Book of the Dead (edited by John Skipp and Craig Spector).

Mike Carey, award-winning comic book writer (Lucifer, soon to be a TV series, Hellblazer, X-Men: Legacy) and novelist (the Felix Castor series, The Girl with All the Gifts, which is in post-production for film).

Neal Shusterman & Brandon Shusterman. Neal is a winner of the National Book Award and a bestselling author. His son, filmmaker Brandon, is a frequent collaborator on Neal’s short fiction. 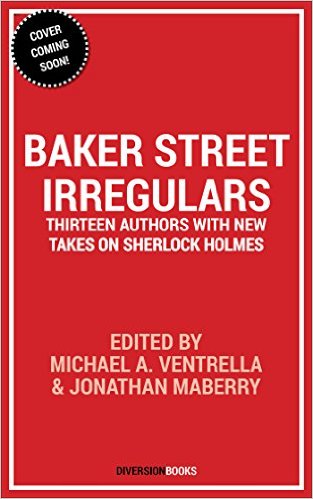 Baker Street Irregulars co-edited by Michael A. Ventrella and Jonathan Maberrry will be released March 21, 2017.

Sherlock Holmes is one of the most iconic and lasting figures in literature. His feats of detection are legendary, and he continues to capture audiences today. But BAKER STREET IRREGULARS presents the celebrated detective in a dozen different, wildly entertaining new ways. In Ryk Spoor’s thrilling “The Adventures of a Reluctant Detective”, Sherlock is a re-creation in a holodeck. In Hildy Silverman’s mesmerizing “A Scandal in the Bloodline”, Sherlock is a vampire. Heidi McLaughlin sends Sherlock back to college, while Beth Patterson, in the charming “Code Cracker”, turns him into a parrot. The settings are as varied as Russia in the near-future, a dystopian world, a reality show, an orchestra. Without losing the very qualities that make Sherlock so illustrious a character, these authors spin new webs of mystery around their own singular riff on one of literature’s truly singular characters.

2 thoughts on “Anthologies in the Pipeline from Editor Jonathan Maberry”