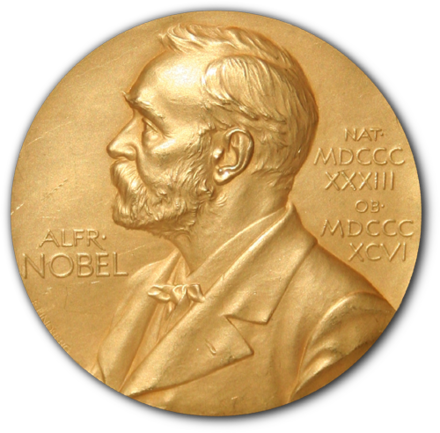 On October 13, Bob Dylan was announced as the 113th recipient of the 2016 Nobel Prize for Literature, the Mount Everest of literary achievement. Surprised? Dylan’s accomplishment, in the official announcement from the Royal Swedish Academy was “for having created new poetic expressions within the great American song tradition.”

The announcement itself was an anomaly for another reason; it was made a week after all of the other Nobel laureates were announced. I’m just causally speculating here, but it could have taken that long for the members of the Royal Academy to convince Dylan that this wasn’t an elaborate prank set up by his ex-Traveling Wilbury band mate, Jeff Lynne. And I admit that while I was mildly surprised but not overly shocked by his selection. Dylan had been rumored to be a nominee in some circles for several years now.

Although there has been some harsh criticism of Dylan’s selection by literary elites in America, I think that there can be no doubt that he deserves the recognition as one of America’s greatest and most influential songwriters. And as poetry, his songs have few equals in this modern era.

This year, it is also notable because Dylan is the first American to win the honor since Toni Morrison in 1993. Like a lot of other readers and writers around the world, we feel badly for those of us who are big fans of the works American mainstream authors such as Joyce Carol Oates, Philip Roth, Thomas Pynchon, Joan Didion, Stephen King, Cormac McCarthy, Louise Erdrich and Don DiLillo.

The Swedish Academy, which administers the Literature Prize honors, in the words from the will of Alfred Nobel, “in the field of literature the most outstanding work in an ideal direction”. And I must congratulate the current secretary of the Royal Swedish Academy, Sara Danius, for leading the committing to make a bold, innovative choice of Bob Dylan for this year’s Literature Prize. But I am hoping for much, much, more with the Academy’s future recipients.

Consider this; some of the finest writers of mainstream fiction who have ever walked this planet, Virginia Woolf, Jorge Luis Borges, Anton Chekov, Willa Cather, Leo Tolstoy, Zora Neale Hurston, Vladimir Nabokov, Isak Dinesen, Kurt Vonnegut, Jr., C.S. Lewis and Graham Greene among others, have never won the honor. It is well-known that previous Nobel Committees have not only been notoriously political and divisive over the decades, they, just as literary critics around the world, have been scornful and dismissive of anything outside of mainstream literature.

The question must be asked: would it be better for the Royal Academy, and as a consequence, for the world of literature as well, to vastly broaden the scope of nominees with the inclusion of other so-called “genre authors” as well?

The very definition of the noun literature is, “written works, especially those considered of superior or lasting artistic merit.” Surely writers of humor, children’s, mystery and thrillers, feminist, romance, fantasy, sf and horror, have produced such works over the past century.  But, as anyone who has done any research in this area, the selection process shows that there has been a deliberate shunning of other forms of literature.

Voting for the Nobel Prizes has been opaque since the very beginnings of the awards. All of the deliberations are done only by the members of the Nobel branches. Past nominees cannot be named until 50 years after the awards were given.

Of all of the recipients of the Literature Prize, only one, Doris Lessing in 2007, could be considered as someone who wrote works other than mainstream fiction. Her most and acclaimed works was the Canopus in Argos: Archives, an astonishing quintet of novels which used science fiction as a template to explore various interactions between aliens and humans.  In a 2011 Locus review of Lessing works, Graham Sleight wrote, “If nothing else, they display a full knowledge with the possibilities of the genre, including very visible influences from people like (Arthur C.) Clarke, (Olaf) Stapledon, and (Ursula K.) Le Guin. “ 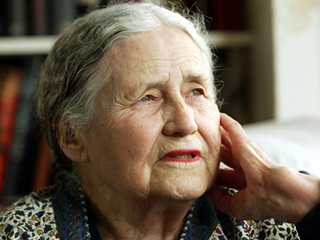 Incidentally, Lessing was one of the professional guests of honor at Conspiracy, the 1987 Worldcon in Brighton, UK, a fact that the Nobel committee must have been aware of during the period she was under consideration.

Limiting myself just to fantasy and sf, I believe that there are a number of critically acclaimed writers who, when they were alive, deserved a Nobel nomination during their lifetimes. The late Octavia Butler, J.R.R. Tolkien, Diana Wynne Jones, Ray Bradbury, J.G. Ballard, Madeleine L’Engle, Theodore Sturgeon, Jack Vance, Stanislaw Lem and Philip K. Dick easily come to mind.

Are the members of the Swedish Academy trying to tell us these people don’t write well? Or that their contributions to literature and world culture don’t amount to much? Because that’s exactly what the majority of mainstream book critics, academics and literary scholars still think.

I do have a few modest ideas that I freely offer to the members of Royal Academy:

First, announce long and short lists of nominees for the Nobel Prize; as it has been demonstrated in the past, when nominees for a major award is announced, the interest (and sales) of the nominee’s works rise exponentially. The Booker Prize, The Book Critics Circle, the National Book Awards, the Edgar Awards from the Mystery Writers of America, Australia’s  Ditmar and the John W. Campbell, Nebula and the Hugo Awards, all widely publicize their nominees each year, to great effect.

Secondly, extend an invitation to a varied, rotating slate of writers, reviewers and critics from other countries to become voting members on the Literature Committee. Surely adding them can widen the net of nominees from just the usual set of suspects each year. (Of course, it would be just as helpful if some of those invited in would be our own John Clute or the New York Times’ crime and mystery reviewer Marilyn Stasio.)

Lastly, offer multiple winners each year. Such a thing is not unprecedented; in fact, it has occurred three times in the past; in 1917 (Karl Adolph Gjellerup and Henrik Pontoppidan of Denmark), 1966 (Schmuel Yosef Agnon of Israel and Nelly Sachs of Germany) and 1974 (Eyvind Johnson and Harry Martinson of Sweden). I personally feel that offering two or more winners each year will not dilute the honor and insure that more worthy living recipients are honored while they’re alive, as the Kennedy Center Honors or the Presidential Medal of Freedom do each year.

In a world that has seen a rise in the number of people who either have no interest in reading (“aliteracy”) or a diminished interest, it’s important to keep people engaged and energized, whether it is for pleasure or their own edification. A Nobel Prize, one of the most publicized and widely known of all awards, gives it recipients the possibility that their works will not fall into obscurity.

As for Mr. Dylan, he did not make the ceremony last Saturday due to “prior engagements”, but prepared some remarks that were read in Stockholm by the US ambassador to Sweden.  And legendary songstress Patti Smith was enlisted to sing one of Dylan’s most famous songs, “A Hard Rain’s A-Gonna Fall” at the ceremony that evening.

I have no doubt that Fiona Apple, the boys from U2, Pink, Jewel, Bruce Springsteen (and the E Street Band) and a lot of other musician-poets will be paying more attention to the news coming out of Stockholm in future Octobers. We can only hope that fans of all sorts of literature can look forward to a more diverse set of nominees and winners in the future as well.