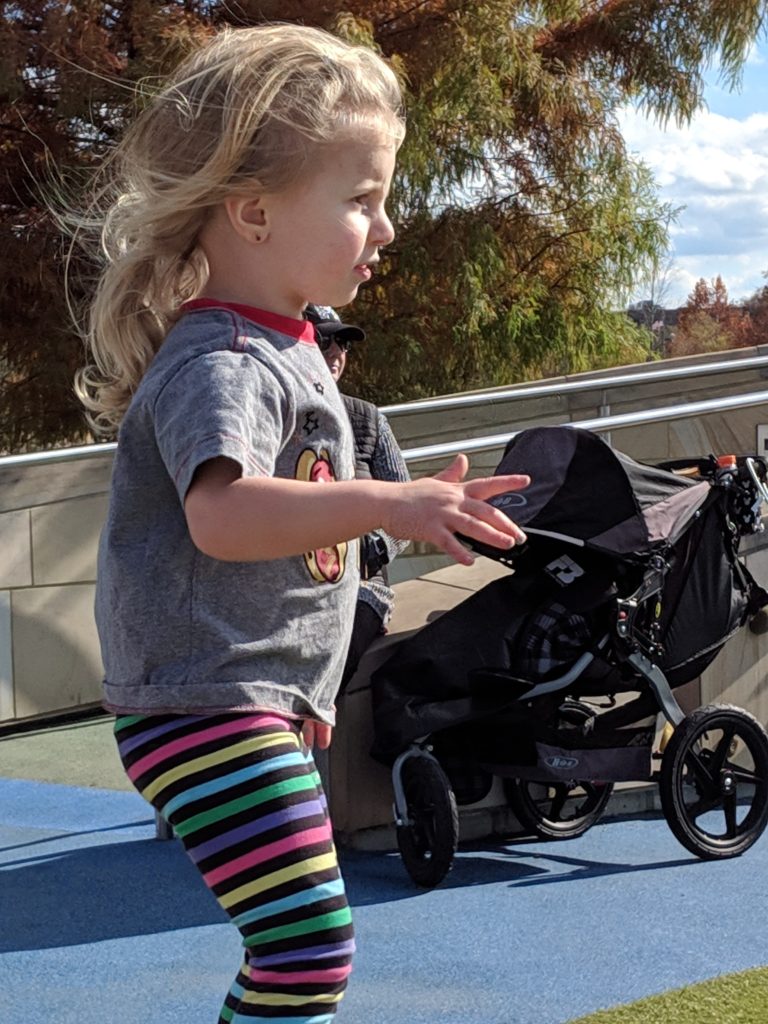 The forecast had called for rain but in the mid-afternoon, the temperature was in the low 60’s a scattering of wispy cumulus clouds dotted the skies of southwest Ohio.

I was in a neighborhood park with my nearly three-year-old granddaughter Lily, watching her madly dash around the playground in an effort to tucker her out and be more amenable to an afternoon nap.

Lily has been the main focus of my world for the better part of the past two years. She is beautiful, ebullient, smart, assertive, curious, opinionated and fearless almost to a fault.

She also has a quality I rarely see in children her age. When she was playing and sliding on the artificial hillside, she became very concerned when an older boy and girl were tumbling together down and into a heap at the bottom. Even though they were laughing, Lily turned to me and expressed her worries by saying , “They gonna hurt Papa, hurt,” she said in a concerned tone.

Lily’s show of empathy is quite remarkable for a child as young as she is. Just knowing there are children like Lily out there, being raised by responsible, loving parents and caregivers, gives me hope that America, and the world, can survive our current travails.

My mood last week was cautiously optimistic. News outlets were reporting a record turnout for the mid-term elections and Hamilton County was no exception. I voted in person at the Board of Elections with my partner Juli more than a week and a half earlier. There was steady stream of people present to cast an early ballot.

Traffic control was necessary due to the large number of people crossing the street from the parking lot. I witnessed one telling incident; a car driven by a middle-aged white man was approached by several black women who shouted at him to encourage him to stop in and vote early. The man visibly recoiled from these loud, but friendly entreaties and looked relieved when he was permitted to proceed by the police.

My county has been seen as a growing Democratic stronghold the past few election cycles and a quarter of the people in line were holding lists of party candidates. But my hope had been tempered by the fact that southwest Ohio has been gerrymandered in favor of the Republican Party for the past eighteen years. Still, I was feeling hopeful as I filled out my ballot.

As it turned out the Republican incumbent won his house seat again, but only by five and a half points. And most of the statehouse will be red as well, but, paradoxically, our current Democratic Senator held onto his seat.

Across the nation, more than one hundred million people voted in the mid-term elections, the largest turnout in a non-presidential election year. The House of Representatives changed hands and the Senate (as of today) may end up being a 50-50 tie.

The results of this election cycle is sent a clear message from voters that our current dystopia was unacceptable and that at least a modicum of oversight was in order.

Well, at least that’s what I think. Which brings me back to the young adults who are coming of age today and all of the other children who will come after them, including Lily.

The future of our country, and our world, is going to eventually rest on their shoulders.

The most apt piece of advice I can give them came in the form of a very inspirational (and viral) Facebook meme posted by (but not authored by) a fan named Michael Annis on November 1st: 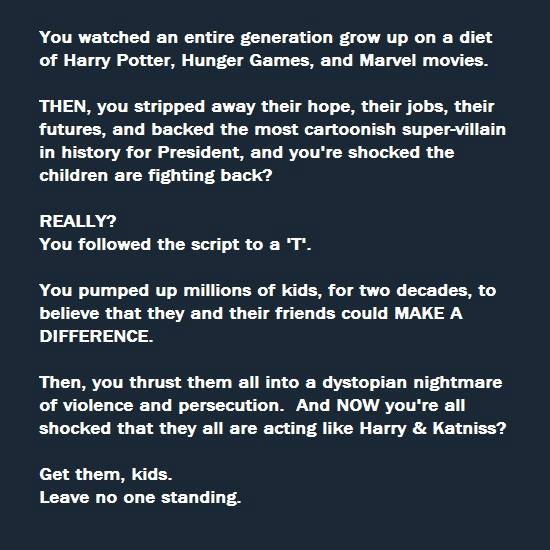 (Dedicated with Much Love & Gratitude to the memory of Stan Lee)

7 thoughts on “Barkley — So Glad You (Didn’t) Ask: A Column of Unsolicited Opinions #36”