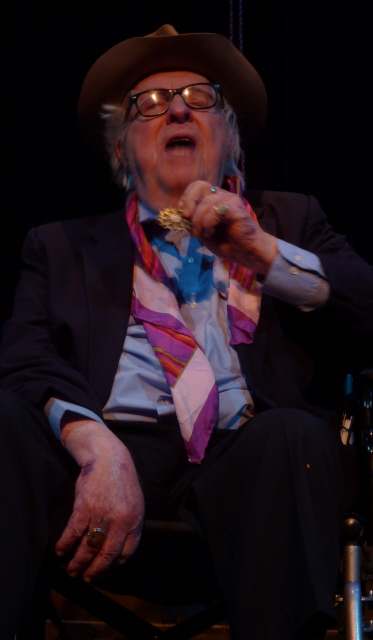 Last weekend Diana and I were treated to front-row seats for a preview performance of “Ray Bradbury’s Merry Christmas 2116” at the Fremont Centre Theatre in South Pasadena. I can’t say too much more than we had a good time because reviews aren’t in order until the official opening next month. By then, the Los Angeles Times tells me,

“Merry Christmas 2116” will have its name abbreviated to “2116.” It will be performed with a non-musical companion piece by the author, “Wisdom (1916).” The production’s overall title will be “Ray Bradbury’s Wisdom.”

My favorite part of the evening was seeing Ray introduce his play. He was wearing a medal he received in 2007 from the French government when he was appointed a commander in the Order of the Arts and Letters, and at the end of his remarks he held up the medal and said “I now command you to love my play and my players.”