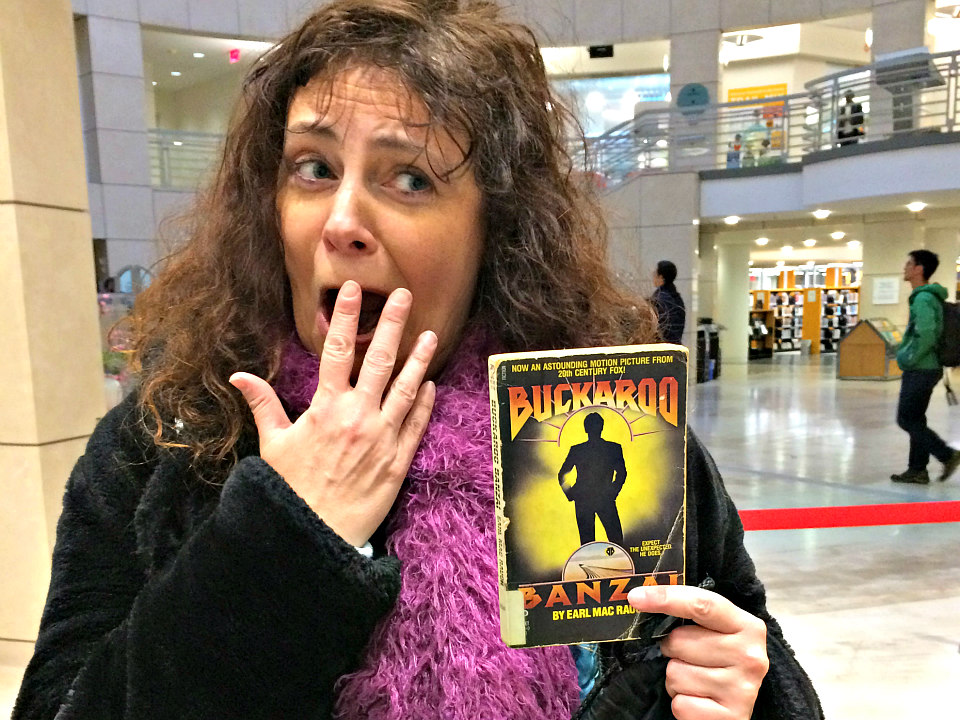 This patron borrowed Buckaroo Banzai when she was in high school, but her family moved and she never returned the book—until now.

During the San Francisco Public Library’s Fine Forgiveness Program (Jan. 3 – Feb. 14) 699,563 overdue items were recovered. During the six-week period, late fees were waived on all returned books, CDs, DVDs and other materials, regardless of how long overdue. Included were 12,246 items that were more than 60 days past due. The value of those long overdue items was nearly $236,000.

SF and fantasy figured prominently in publicity used to get out the word – and in stories about some of the oldest books returned under the program. 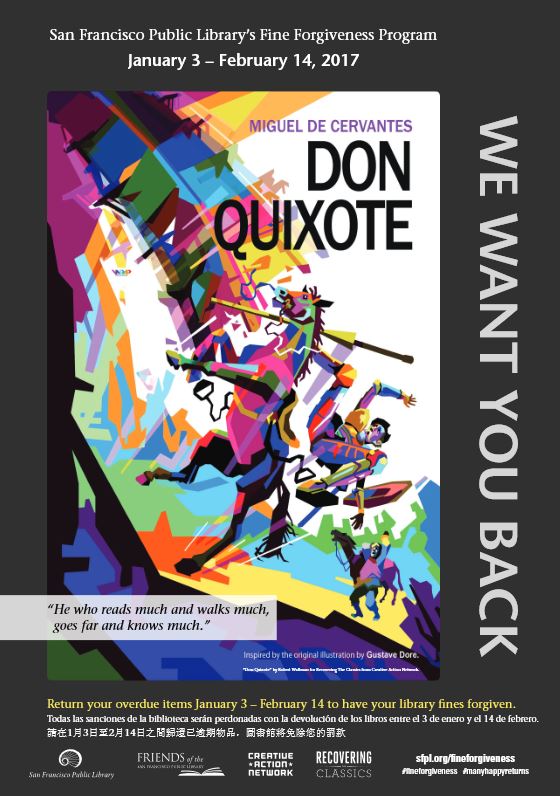 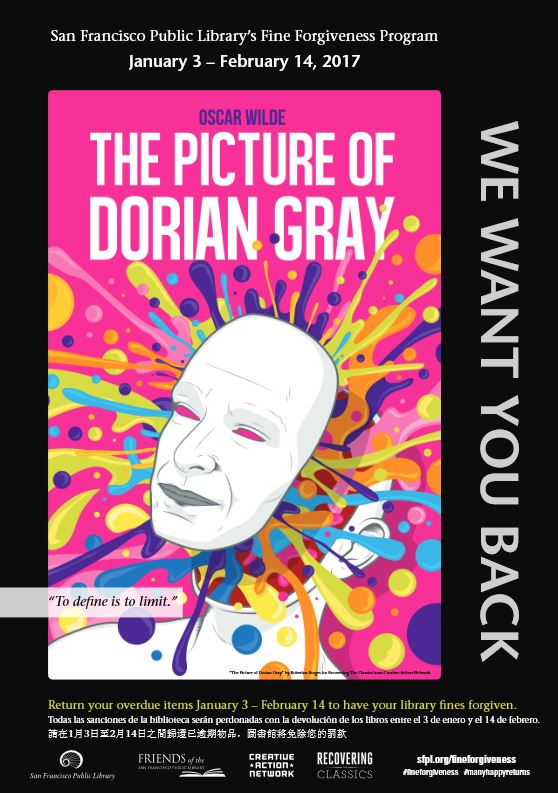 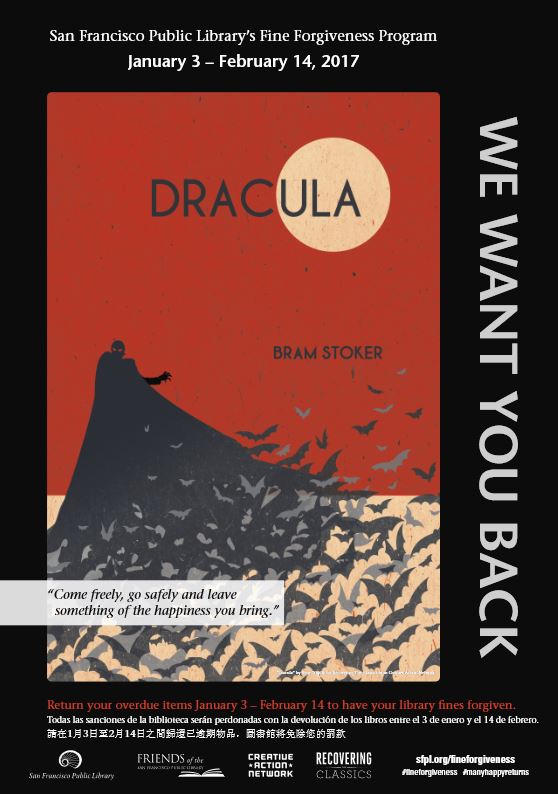 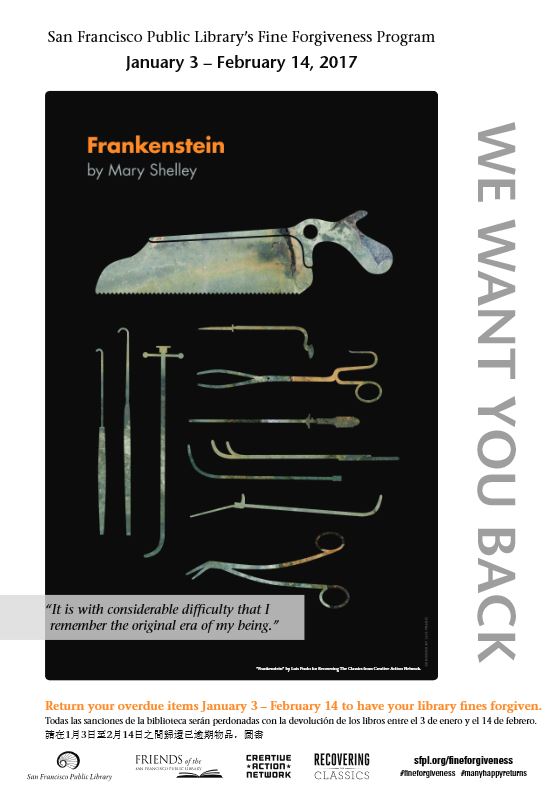 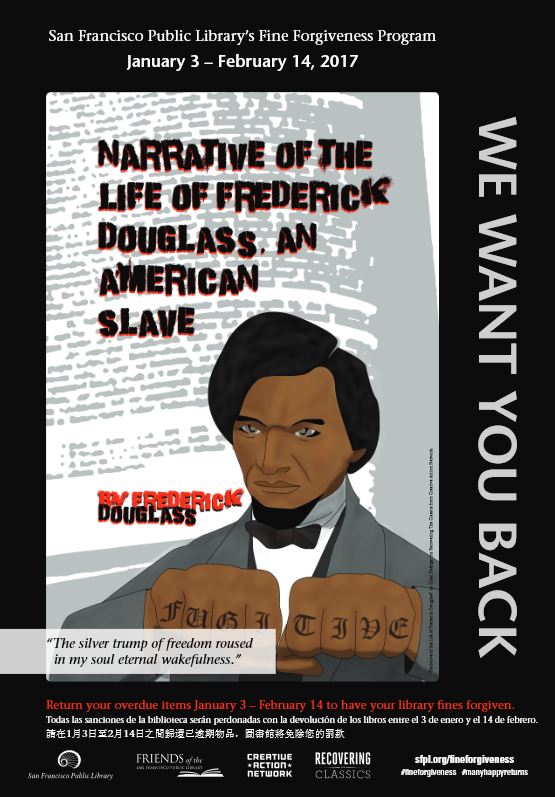 The five longest-overdue items that people brought back were:

The collection of short stories titled 40 Minutes Late was 100 years past due, and Brass, a Novel of a Marriage by Charles Norris had a due date stamp of 1937, making it 80 years past due. In both cases, the books were originally checked out by the returners’ great grandparents.

The fellow who returned 40 Minutes Late said his grandmother checked out the book from the library’s Fillmore branch (now shut down), and she died one week before it was due.

About the century-old book Katherine Jardine, Public Relations Officer says, “We need to process it back into the system. We are not sure yet if it will go back out into circulation. It might live in our History Center or Special Collections.” 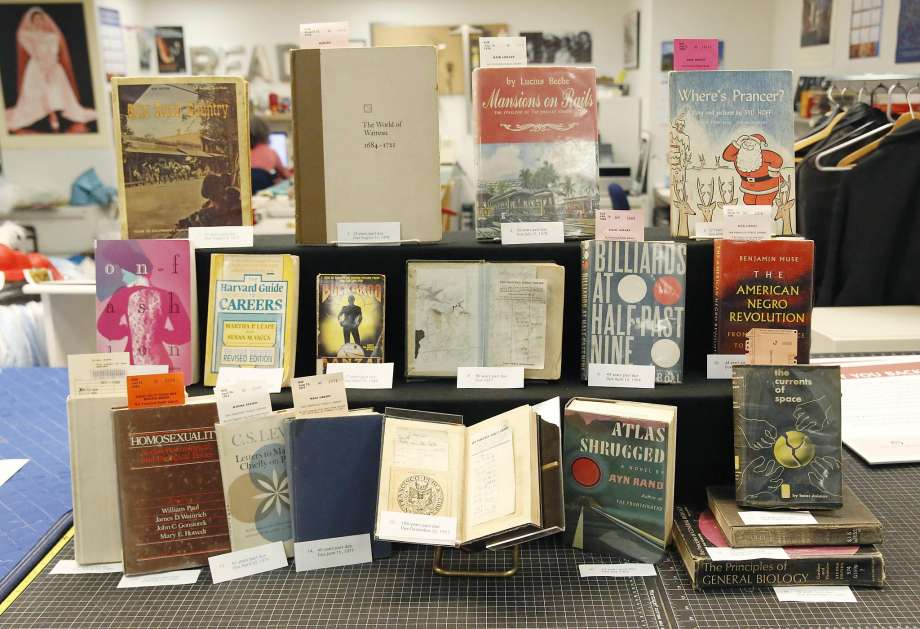 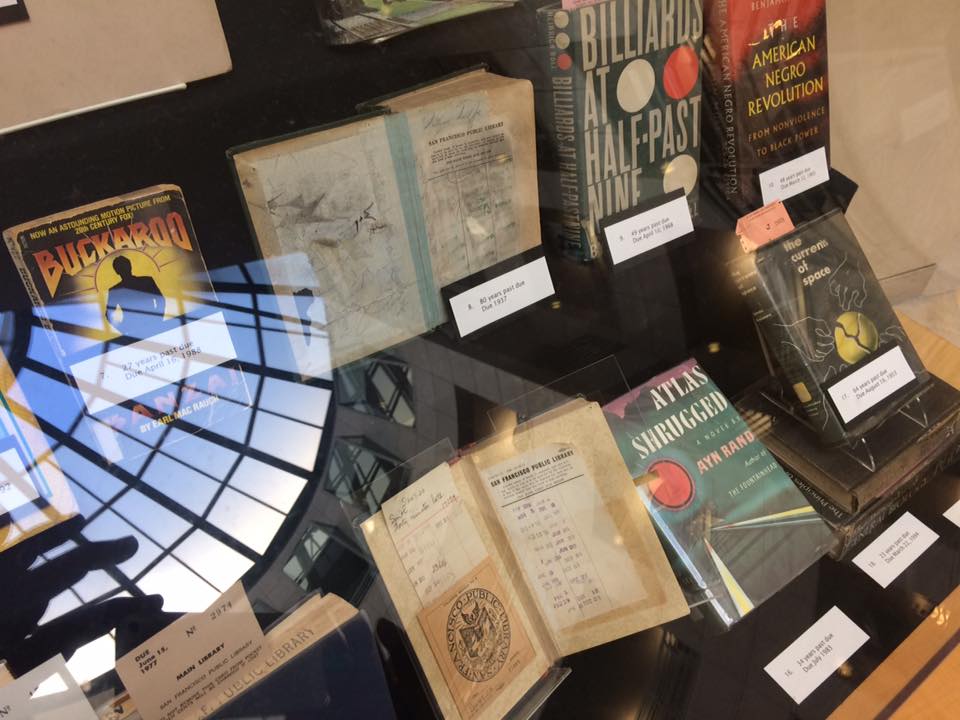 Display of amnesty books at SFPL. Photo by Dave Nee.

Coverage of the amnesty campaign included an interesting map showing the distribution off accrued fines throughout the city. Patrons with unpaid fines have their borrowing privileges frozen. City Librarian Luis Herrera said, in consequence, the fines disproportionately affect low-income patrons, who need library services the most. 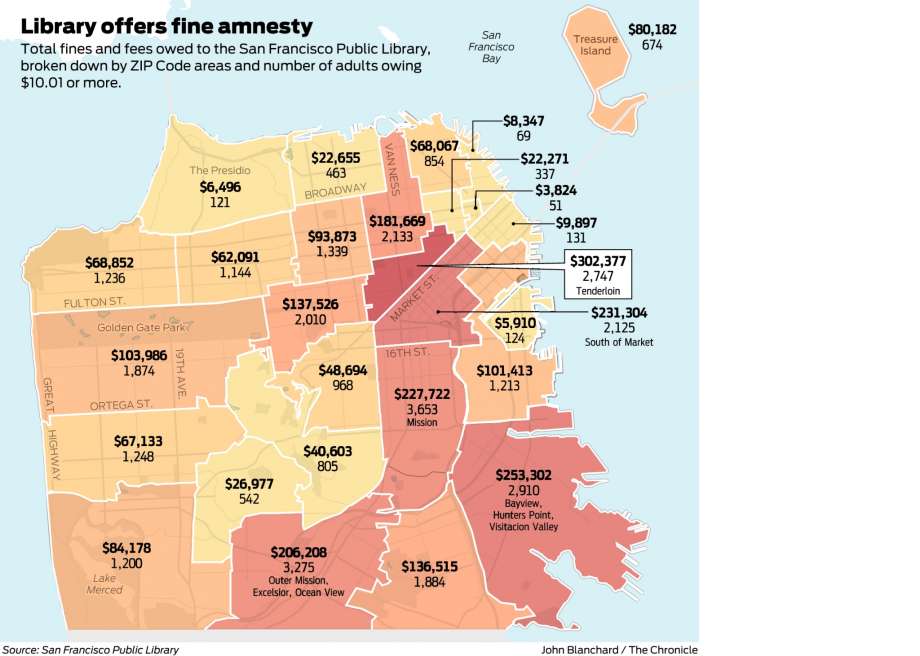 In comparison, Financial District residents owe $8,347 and Presidio residents owe $6,495. But any San Franciscan could earn back card privileges by dropping off late materials at one of the library’s 27 branches during the campaign.

[Thanks to Dave Nee for the story.]