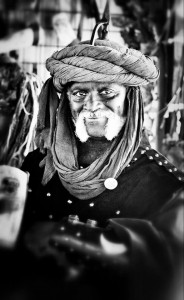 Cal Cotton as “The Moor Tarik,” The Black King.

Cal Cotton, aka “The Moor Tarik” The Black King, died of cancer April 16. He was a popular figure around Southern California’s sf, Ren Faire and SCA fandoms.

He first connected with the Faire in 1968 while on home leave during the Vietnam War. He served his country as a Navy Seal.

At Faire, he…participated over the years as a member of the Queen’s Guard, the Black King in the epic Living Chess Game, a Sergeant in Stoddard’s Company of Foot, as an assistant falconer, and finally the owner of the well-known Hornsmythe Booth.

He also participated in Civil War reenactments and other living history events. If the occasion didn’t call for his Moorish attire, he was likely to be wearing his Buffalo Soldier hat.

He is survived by his wife, Theresa. 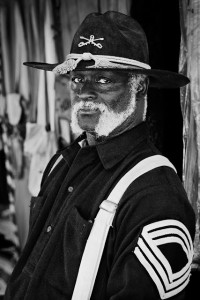 [Thanks to Tom Udo for the story.]

2 thoughts on “Cal Cotton Passes Away”