By John Hertz: We’ll discuss three Classics of Science Fiction at Westercon LXVIII, one discussion each. Come to as many as you like. You’ll be welcome to join in.

We’ll start with “A classic is a work that survives its own time. After the currents which might have sustained it have changed, it remains, and is seen to be worthwhile for itself.” If you have a better definition, bring it. 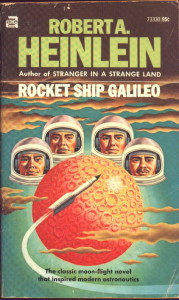 How carefully the boys are shown to be almost ordinary. What are we taught by watching their parents? Here is the famous passage in which a scientist on the way to the Moon asks “How do you know there is any back side?” Extra credit: compare Cameron’s Wonderful Flight to the Mushroom Planet (1954), Fleming’s Moonraker (1955).

No Different Flesh by Zenna Henderson

Her ninth story about the People, who look like us, who fled through interstellar space when their home world blew up, and who came, some of them, to Earth, where they fit in — maybe — shows the end of their Home life. Their Gifts look a little more like science fiction, a little less like fantasy. 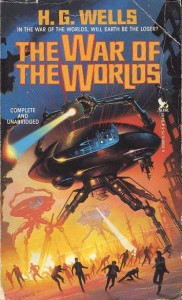 Reprinted by Alfred A. Knopf in the 1934 hardback Seven Fanous Novels by H.G. Wells (cameo appearance in Galileo), $2.75 when a 2-room apartment was $25/month, an amazing sign of accessible s-f writing; so is the stream of 400 editions in various languages before and since. Who is the narrator? What is he to the story?