By John Hertz:  Westercon LXXI, combined with Myths & Legends Con VI, will be 4-8 July 2018 at Denver, Colorado: the Denver Tech Center Hyatt Regency Hotel.  We’ll discuss three Classics of Science Fiction, one discussion each.  Come to as many as you like.  You’ll be welcome to join in.

In fact Denver has hosted three Worldcons, but this is its first Westercon.  Partly by way of unbreaking the circle, Denvention 3 chair Kent Bloom, and his wife Mary Morman, will be Fan Guests of Honor at Westercon LXXI.  But I digress.

I thought it only right that each should have something to do with myths and legends. Three men who discover a country peopled only by women find “daring….  broad sisterly affection … fair-minded intelligence…. health and vigor … calmness of temper” (ch. 7).  It’s neat, imaginative, warm-hearted.  How does she do it? Is it science fiction?  If not, where does fantasy belong?  Samuel R. Delany called it “endlessly fascinating” and said it “maintains a delicacy, a bravura, and a joy”.  Is he a dope?  Why does Heinlein’s preface quote Shaw’s Caesar and Cleopatra? What happened to Herr Doktor Professor Gordon?  Is this (gasp) a feminist tract? 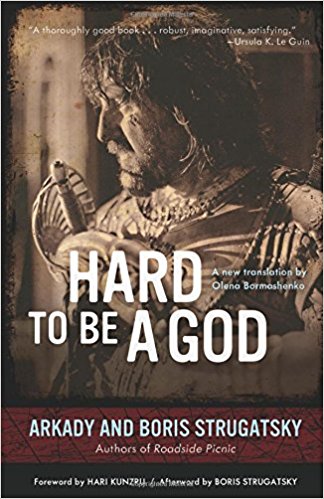 Centuries after Communism has inevitably prevailed on Earth, students follow other planets – but if they interfere, they’ll ruin the progress of historical materialism and bring about catastrophe.  How’s that for a Prime Directive?

3 thoughts on “Classics of S-F at Westercon 71”