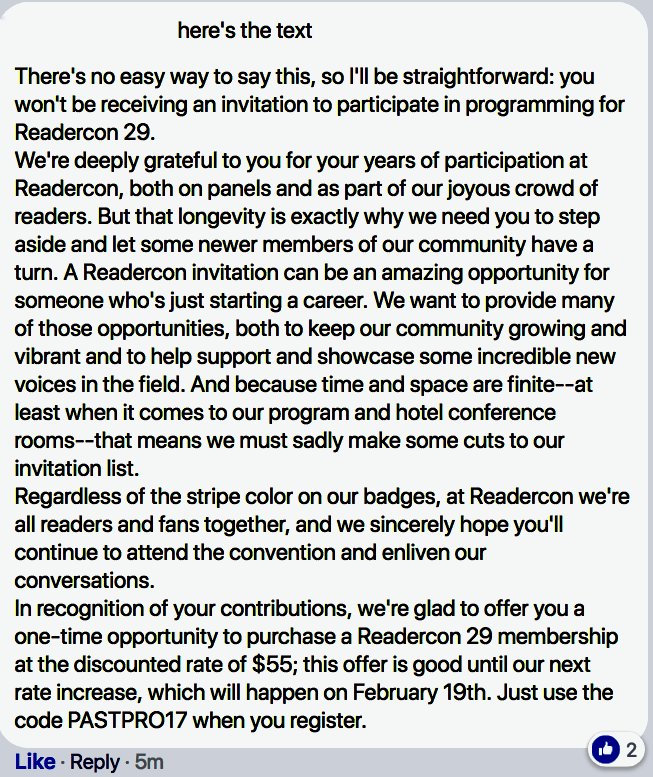 I have just sent the following letter to [email protected]: To the ReaderCon Board: