Andrew Porter shared these photos of Dave Kyle taken at various Worldcons over the decades. All but the first were taken by Porter himself. 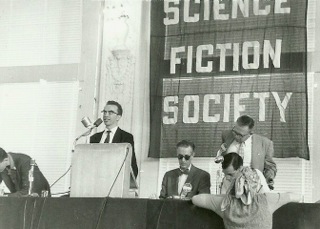 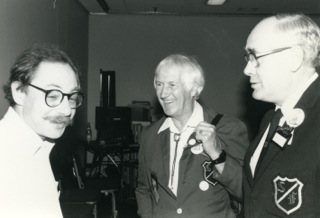 Sidney Coleman, Dave Kyle and James White at the 1987 Worldcon. Photo by and copyright © Andrew Porter 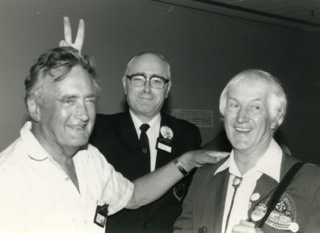 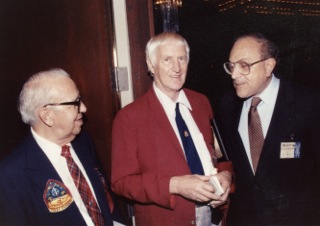 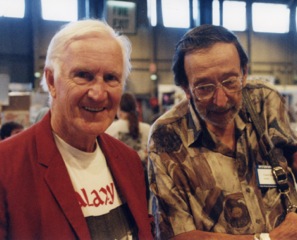 Dave Kyle and Chuck Harris at the 1995 Glasgow Worldcon. Photo by and copyright © Andrew Porter 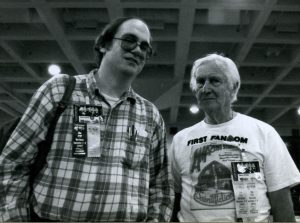 Rich Lynch and Dave Kyle at ConFrancisco in 1993. Photo and copyright © Andrew Porter

Yesterday, I saw Dave at Bill and Mary Burns’s End-of-Summer party in Hempstead, Long Island, NY, where he was very frail, but his mind remained sharp and clear. I’m happy to say that many of his fan friends, some of whom he’s known for many decades, were there to greet him and have long talks with him.

Dave was one of science fiction fandom’s very few remaining links (with perhaps only Robert A. Madle and Erle M. Korshak) to pre-World War II fandom, and to the very first World SF Convention. His passing diminishes the field, and pulls the curtain a little tighter between those living today, and the world and fandom as it was.