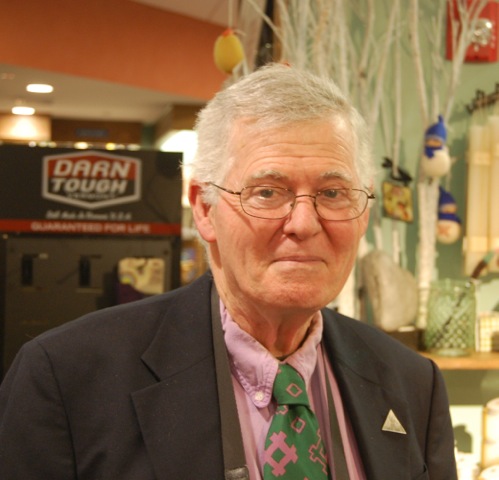 Tor senior editor David G. Hartwell passed away January 20 in the aftermath of a massive stroke a day earlier.

Hartwell also received World Fantasy Awards in 1988, a special award for his work editing anthologies, and another specifically for the anthology The Dark Descent.

He was the chair of the board of directors of the World Fantasy Convention and, with Gordon Van Gelder, the administrator of the Philip K. Dick Award. 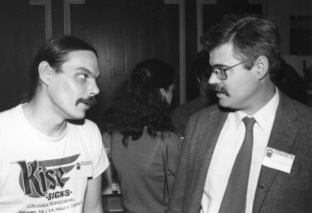 Andrew Porter, who has been photographing Hartwell for decades, recalls: “I knew David since he was a live-in dorm proctor at Columbia, I think, in the early 70s. He was doing The Little Magazine and I, with a bunch of other SF fans, went to a reading at the 92nd Street YMHA by some little-known Canadian author, Margaret Atwood…”

He is survived by his wife, Kathryn Cramer (with whom he co-edited two annual Year’s Best anthologies for SF and Fantasy), and his children. 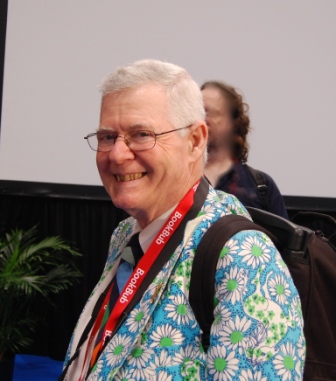 Update 01/20/2015: This is a substantially rewritten post. The original prematurely announced Hartwell’s death.