By Carl Slaughter: J.K. Rowling has wrapped the Harry Potter series and has vowed not to return to it. If you or your children have an insatiable appetite for coming of age wizard stories, Diane Duane’s Young Wizard series is still going. Don’t look for an academy or a kindly old wizard. These junior wizards learn from one another and through the school of hard knocks. All the wizards in the Harry Potter universe are humanoids. The Young Wizards universe includes animal wizards and alien wizards. More? How about galactic wizardry. Bonus round: 3 holiday themed supplemental stories – Christmas, Halloween, and Valentine’s Day. 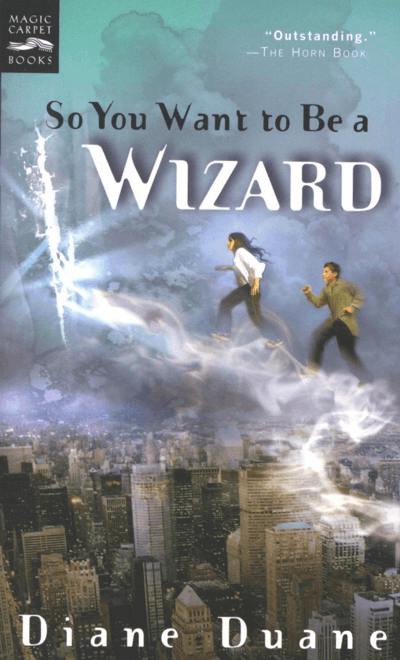 Nita Callahan is at the end of her rope because of the bullies who’ve been hounding her at school… until she discovers a mysterious library book that promises her the chance to become a wizard. But she has no idea of the difference that taking the Wizard’s Oath is going to make in her life. Shortly, in company with fellow beginner-wizard Kit Rodriguez, Nita’s catapulted into what will be the adventure of a lifetime — if she and Kit can both live through it. For every wizard’s career starts with an Ordeal in which he or she must challenge the one power in the universe that hates wizardry more than anything else: the Lone Power that invented death and turned it loose in the worlds. Plunged into a dark and deadly alternate New York full of the Lone One’s creatures, Kit and Nita must venture into the very heart of darkness to find the stolen, legendary Book of Night with Moon. Only with the dangerous power of the wizardly Book do they have a chance to save not just their own lives, but their world. 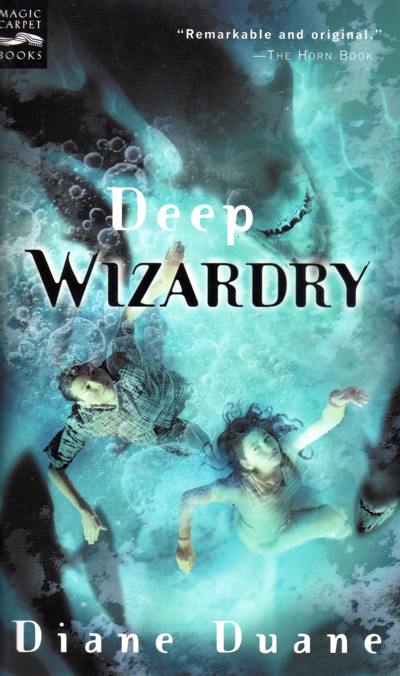 What’s supposed to be just a plain old summer vacation–swim, sand, and sun–takes a turn for the magical when Nita and Kit come to the aid of a fellow wizard. Only, this wizard is a whale, and she needs the two teens to join a group of whales and dolphins in an ancient underwater ritual. But performing the Song of the Twelve is not easy–and there are things in the ocean more dangerous than even the Lone Power, such as the enormous Master Shark. He is as old as the sea and has his own role in the Song of the Twelve, a role that requires only that he do what he’s best at…eat someone. 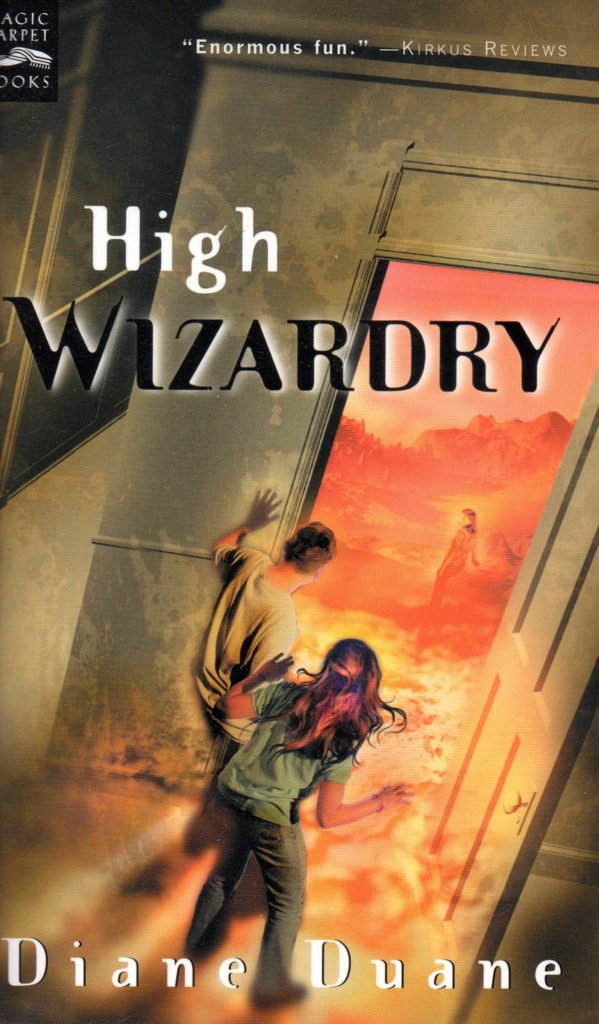 Young wizards Nita and Kit face their most terrifying challenge yet: Nita’s little sister, Dairine. Not only is Dairine far too smart for a ten-year-old, she also has recently become a wizard, and worse yet, a wizard with almost limitless power. When Dairine’s computerized wizard’s manual glibly sends her off on her novice adventure–her Ordeal–Kit and Nita end up chasing her across the galaxy, trying to catch up with Dairine before she gets into trouble so deep that not even her brains can rescue her. 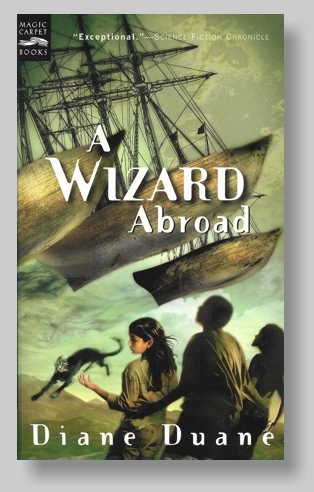 To give Nita a vacation from magic, her parents pack her off for a stay with her eccentric aunt in Ireland. But Nita soon finds herself with a host of Irish wizards battling creatures from a nightmare land. 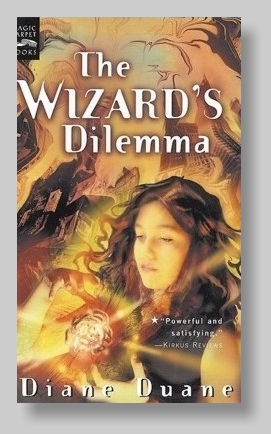 Not everything can be fixed with magic–young wizards Kit and Nita are having such a tough time coping with adolescence, they go their separate ways. But then Nita gets some bad news: Her mother has cancer, and it may be incurable–by medical or magical means. 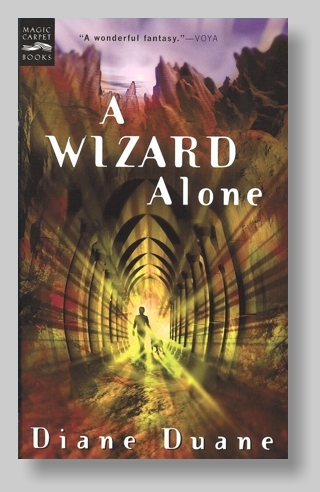 While Nita grieves over her mother’s death, Kit tackles a challenge as dangerous as it is strange: Rescue a young wizard who has vanished on his first assignment. This new wizard is unlike any other–he’s autistic and he’s a magical prodigy. His power is enormous. Now Kit and his dog, Ponch, must track down the missing boy before the Lone Power finds him. 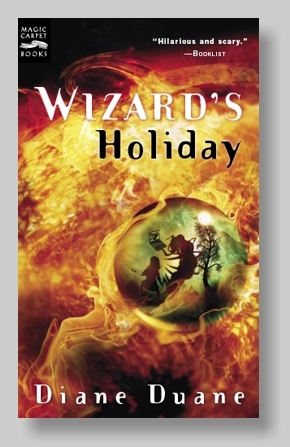 Rest and relaxation–that’s what Nita thinks she’s going to get when she and her partner-wizard Kit go on a wizardly “cultural exchange” program. But nothing about wizardry–not even vacation–is ever quite that simple! 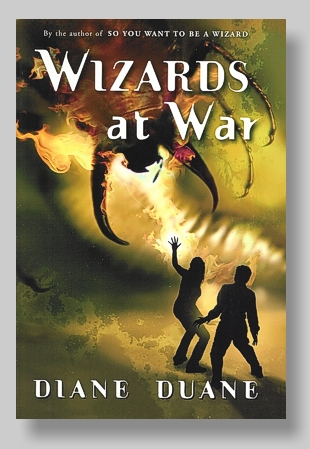 Nita and Kit return from their wizardly holiday, looking forward to getting back to their everyday routine. But there’s trouble brewing. A strange darkness of the mind and heart is about to befall the older wizards of the world, stealing away their power. Soon, the young wizards of Earth and many other planets find themselves forced to defend wizards and nonwizards alike against an invasion of a kind they’ve never imagined. But mere defense won’t be enough to combat the evil afoot. With their alien teammates, Nita, Kit, and Dairine must race to search worlds known and unknown for the secret weapon the Powers That Be have promised them–before the minions of the sinister Lone Power find it first. And then, for the first time in millenia, the wizards must go to war. 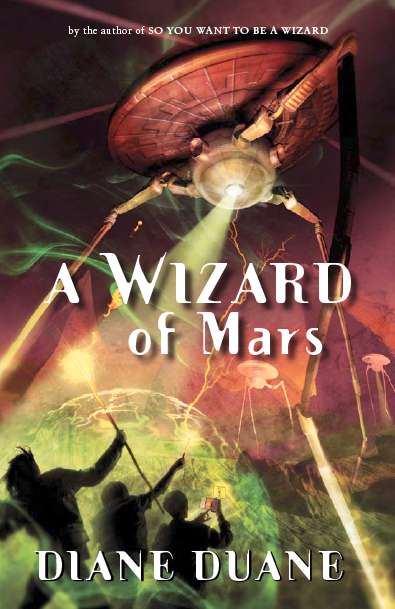 In the hotly anticipated ninth installment of the Young Wizards series, Kit and Nita become part of an elite team investigating the mysterious “message in a bottle,” which holds the first clues to the secrets of the long-lost inhabitants of Mars. But not even wizardry can help them cope with the strange events that unfold when the “bottle” is uncorked and a life form from another era emerges.  Though the Martians seem friendly, they have a plan that could change the shape of more than one world. As the shadow of interplanetary war stretches over both worlds, Kit and Nita must fight to master the strange and ancient synergy binding them to Mars and its last inhabitants. If they don’t succeed, the history that left Mars lifeless will repeat itself on Earth. 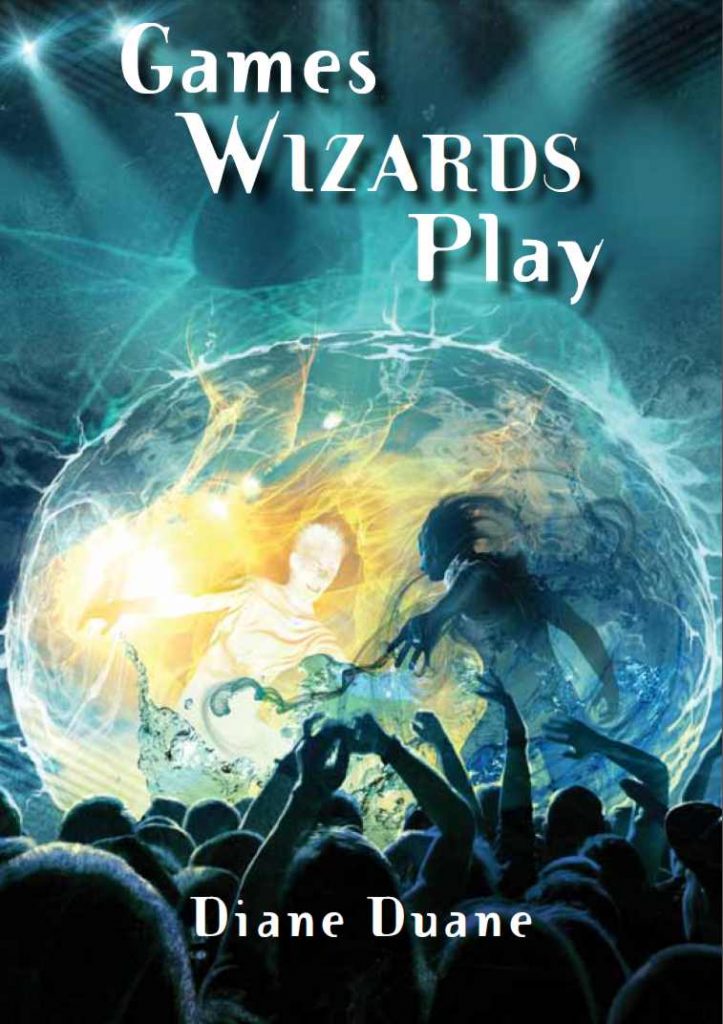 Once every eleven years, Earth’s most senior wizards stage an event called “The Invitational” – a gathering of hot young wizardly talent from all over the world at which the Seniors judge which of their younger colleagues will be in the forefront of the next generation’s battle against every wizard’s ancient enemy, the Lone Power. Part science fair (except that as part of their projects contestants can change the laws of science), part talent competition (the talents including shapechange, matter transmutation, and blasting things to atoms), part networking event and social occasion, the Invitational is an unmissable chance for the planet’s most gifted new wizardly talent to meet new people, start new friendships (or rivalries), scope each other out, and prove who’s the best at wizardry… and who just thinks they are. 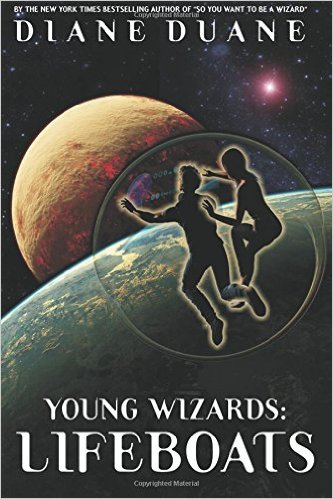 When the renowned saurian Species Archivist to the Powers that Be summons young wizard Kit Rodriguez to participate in an urgent off-planet intervention intended to save many millions of lives, Kit’s hardly going to say “no.” He soon discovers that not only he, but his wizardly partner Nita Callahan and her sister Dairine, his friend Ronan Nolan, and thousands of other wizards from Earth have been drafted in to intervene on the distant world called Tevaral. The planet’s single huge moon Thesba will soon break up, raining its remnants down onto the surface of Tevaral and completely destroying it. The wizards’ mission: to extract Tevaral’s hominid population and “raft” them off-planet to new homeworlds before the apocalyptic disaster begins. There’s only one problem: millions of the people of Tevaral don’t want to go. Kit, Nita and thousands of their fellow Earth wizards must now race against time to find a way to save the Tevaralti despite their near-symbiotic relationship with their beloved world and its unique life forms. As doomsday inexorably draws nearer, hope is fading fast, and it seems like it’s going to take a miracle to keep many millions of the people of Tevaral from being wiped out. True, wizardry is all about miracles. But will one turn up in time? 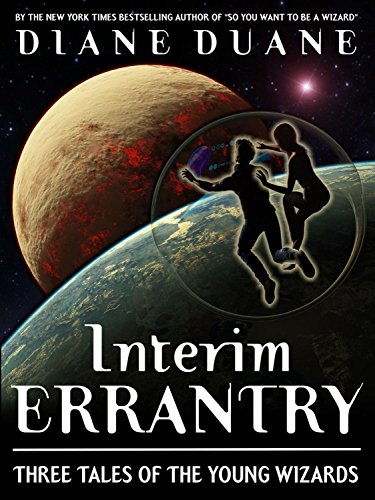 – The novella “Not On My Patch,” the tale of an unusual Halloween in the Young Wizards’ neighborhood, featuring overage Trick Or Treating, suburban zombies, and the Attack of the Killer Pumpkins.

– The novelette “How Lovely Are Thy Branches,” a holiday-themed Young Wizards story in which an alien wizard who looks a lot like a Christmas tree gets the gift he wants most — decorations — and a memorable party and sleepover party are disrupted by a superblizzard and an incursion of alien ghosts.

– The new original Young Wizards novel “Lifeboats,” the tale of a distant world threatened by unavoidable doom, an intervention that takes thousands of Earth’s wizards, young and old, into harm’s way, and a Valentine’s Day that absolutely doesn’t go as planned.