Djinn Faine, an editor of LASFS’ fanzine Shangri L’Affairs in the 1950s, passed away in 2007, however, this was only recently brought to the club’s notice.

She was the author of one published sf story, ”Daughter of Eve” which appeared in a 1962 issue of F&SF. 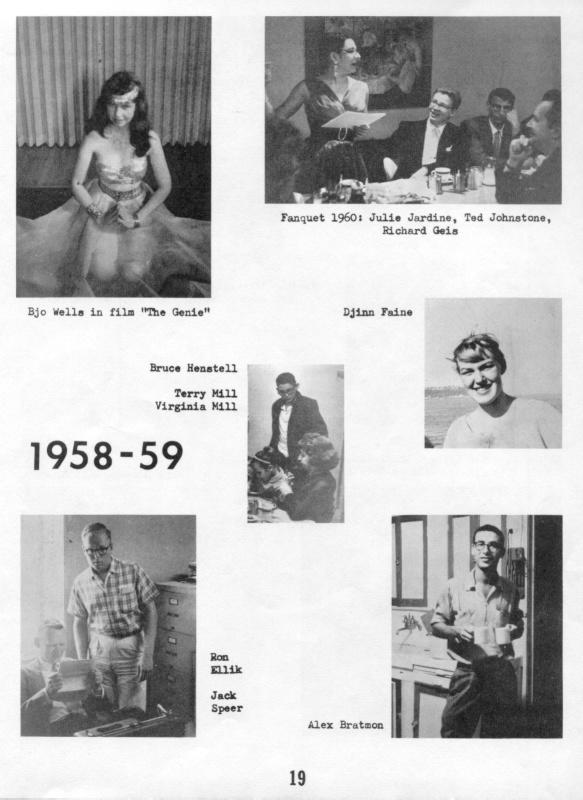 Faine appears on this page from the LASFS Album published in 1966 by Al Lewis for the 1500th meeting of the Los Angles Science Fiction Society. Photo via Fanac.org.