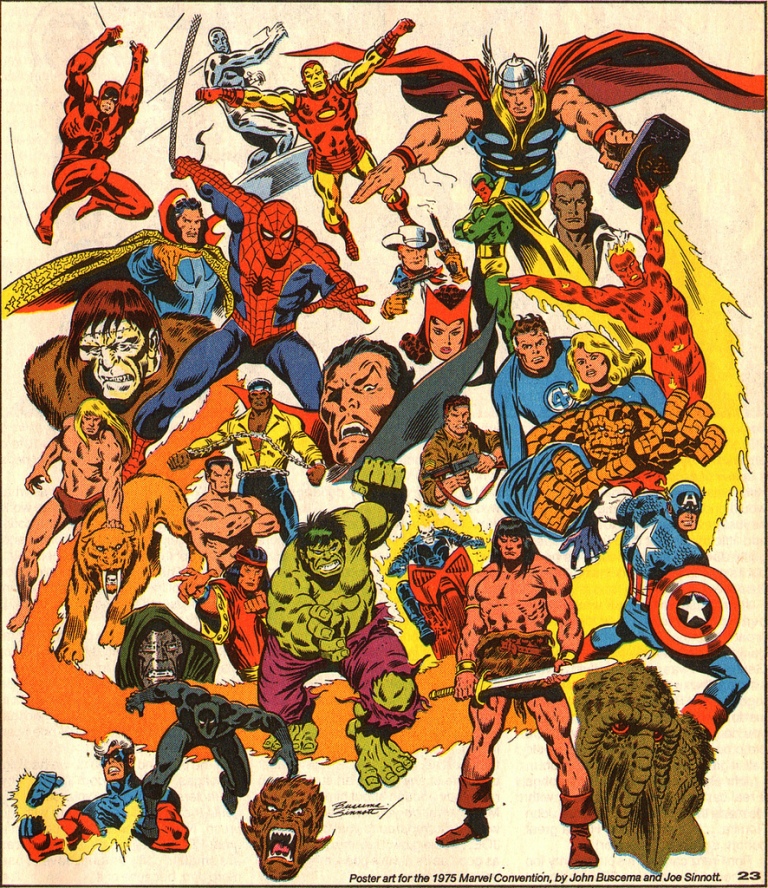 By James H. Burns: One of the greatest fantasy universes ever created, the complex and enchanting worlds found within Marvel Comics, are coming to an end. The vast storylines initiated by Stan Lee, Jack Kirby, Steve Ditko, Joe Simon, Carl Burgos, Bill Everett, Don Heck, John Romita and Roy Thomas, and myriad other talented writers and artists, is to be imploded —

Saying that the mainstream Marvel Universe and Ultimate Universe would “smash together” during the upcoming Secret Wars crossover event, Alonso and Brevoort went on to elaborate that, by the time Secret Wars #1 hits the stands in May, every world in Marvel’s multiverse will be destroyed, with pieces of each forming Battleworld, the staging ground for the Secret Wars storyline

“Once we hit Secret Wars #1, there is no Marvel Universe, Ultimate Universe, or any other. It’s all Battleworld,” Brevoort said.