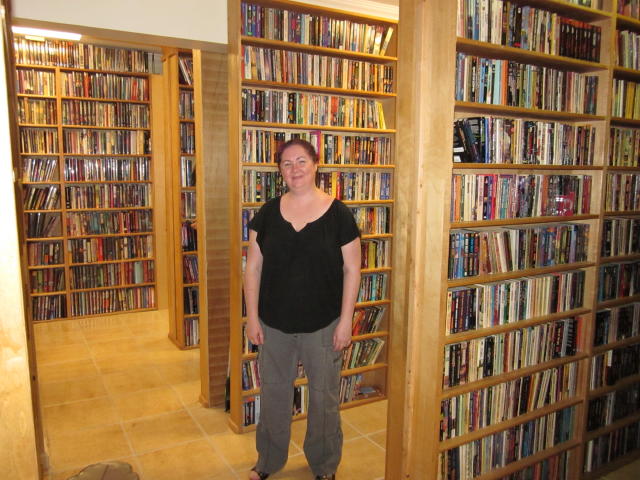 By John Hertz:  Voters earlier this year (including me and maybe you) elected Clare McDonald-Sims the 2016 Down Under Fan fund delegate.  DUFF has now brought her to North America.  On Thursday she attended a meeting of the Los Angeles Science Fantasy Society.  LASFS has its own clubhouse, so I guess that’s a chamber.  Or maybe I meant we took photographs. 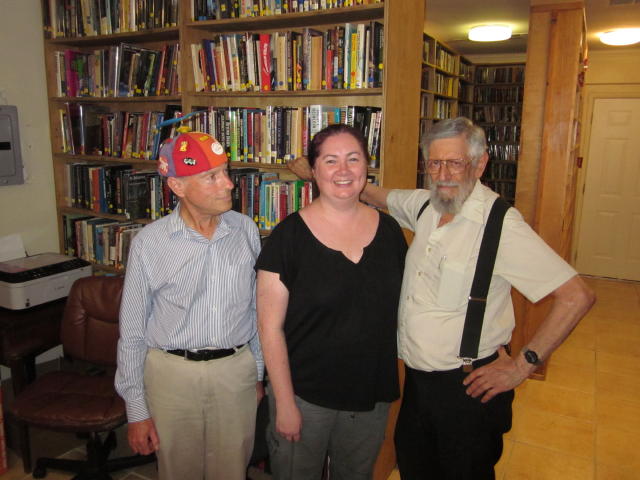 As I write she’s at PulpFest – so Andy Porter was right again.

We have three intercontinental traveling-fan funds.

TAFF (the Trans-Atlantic Fan Fund), the senior fund, was founded in 1953. In alternating years it brings over the Atlantic Ocean a fan nominated, and chosen by election, as someone whom fans across the water would like to meet.  The TAFF delegate attends the World Science Fiction Convention if it’s on the receiving side, otherwise the national convention, with any further fannish travel that can be managed, meeting fans, making friends, radiating goodwill, publishing a trip report, and becoming the TAFF Administrator in turn until the next cycle on the delegate’s home side.

DUFF (the Down Under Fan Fund) was founded in 1972, operating likewise between North America and Australia – New Zealand.

I was the DUFF delegate in 2010 and with the blessing attended both Aussiecon IV and the New Zealand natcon.

Clare McDonald-Sims is singular, being a McDonald with one A (like Ian McDonald but unlike John D. MacDonald) and a Sims with one M (like Pat & Roger Sims but unlike Virgil Simms).

However, maintaining balance in the multiverse, this was her second visit to the LASFS, and the second time she stood for DUFF. Who can say what brought us to this miracle we’ve found? 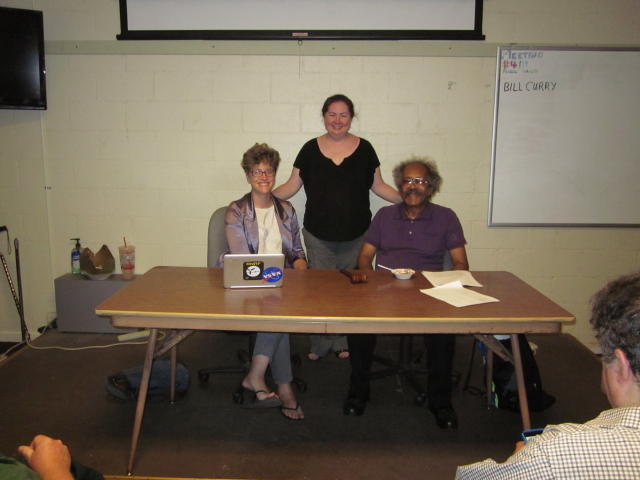 Of herself she’s said that, when her high-school librarian tired of her asking for reading recommendations and suggested starting with A, Asimov came up, and she never looked back; also she’d attended four Worldcons in four countries and wanted to break that one-for-one streak. So far so good.

At the moment we expect her to be in the Columbus, Ohio, neighborhood until the end of July; then the District of Columbia neighborhood until about August 3rd; then New York (the City That Has Two Names Twice; see above) till the 9th; then Minneapolis (and St. Paul – the twin cities – I keep telling you) till the 16th; then Kansas City and the Worldcon; then home.

You can reach her in care of the North America Acting DUFF Administrator Lucy Huntzinger (assisting Juanita Coulson), <huntzinger@gmail.com> or (650)869-5771 (Pacific Daylight Time).

Huntzinger would also be good for discussing your DUFF-benefit contributions to the Fan Funds Auction at the Worldcon. That will be conducted by Naomi Fisher.

Or you can reach McDonald-Sims by E-mail to <clare1701@warpmail.net>. You know, the year Telemann met Handel.  What’s that?  The number 1701 has some other significance? 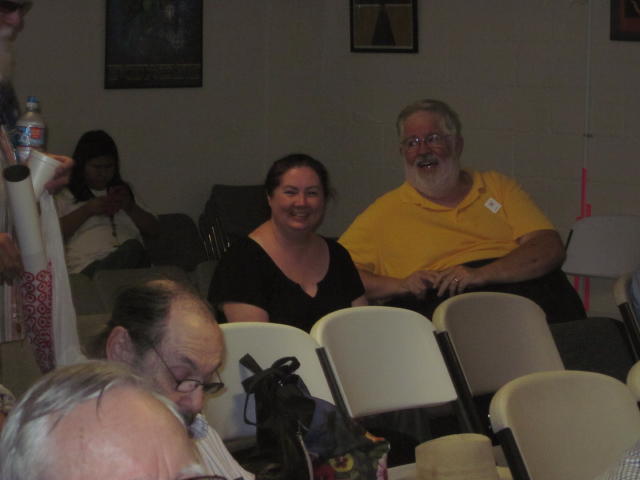