By Jameson Quinn: As discussed in previous threads such as this one, I and others will be making an EPH+ proposal to the Business Meeting; and so I was running a fundraiser so that I could be there to help explain it.

The good news is that fundraiser has reached its goal. Yay! I’ll see you all there! Thank you to everyone who’s supported it so far. But the fundraiser is not over. 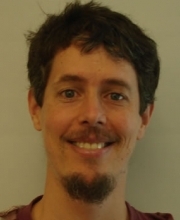 I have been working on these issues, unpaid, off and on since early last year. I’m doing that partly because I have always been a fan, though not prior to this a congoing fan. But my main motivation is just that I’ve devoted a nontrivial part of my life to thinking about better voting systems, and I see this as an opportunity to use that knowledge while helping educate people about the advantages such systems offer.

So, like my own involvement in this issue, my fundraiser is not merely for myself. I’m raising funds for the Center for Election Science (electology.org), and all donations are tax-deductible in the US. As an organization, we do education, research, consulting, and advocacy around issues of voting systems; that is, exactly the same kinds of work I’ve been doing with EPH and the Hugos. With the support this community has given so far, I’ll be able to be there at MAC II; but if you can give us more support, we can do more.

It doesn’t take more than a glance at the newspaper these days to see the fallout of poor election systems. I’ll discuss a few examples here, to help show what good systems have to offer. Let me begin by saying that the CES is a nonpartisan organization. I’m going to speak not as a voter with my own personal point of view on these matters, but as a voting system designer, in the faith that societies and organizations should be free to make their decisions democratically and that such democratic decision-making is the most sustainable, if not always the fastest, way to come to the correct decisions.

I don’t want to spark a thread of political debate — there are other blogs for that. But I hope I’ve made my point that election system reform is not just for the Hugos. In many countries, and especially here in the US, polls show satisfaction with available the political options at an all-time low, but across most of the English-speaking world we use plurality voting, a horrible system which is structured so as to blunt the incentives for the existing parties, or the ability of new parties, to viably offer new ideas. If you care about breaking this stalemate, you care about election systems, and electology.org deserves your support through my fundraiser. Or, sign up for our newsletter to learn more about how we’re working on this problem.

My original budget for going to the con was $1400, including membership, train fare (I prefer trains over airplanes to save on CO?), lodging, expenses, and youcaring’s small crowdfunding fees. I lowered that to $1300 in order to help get the fundraiser over the top. But really, I’d like to see this pass $2000, so please, if you can, support us. Frankly, the CES needs the money, as we testify before legislatures, attend other conventions and run straw polls, engage with media and produce educational materials, carry out research, work on software tools, consult with awards organizations such as the Hugos and Webbys, and other activities. Our Executive Director is committed to the cause and draws low wages, but I know for a fact there’s at least one other charity that wants to steal him from us at higher wages, so we really need to begin paying him a larger fraction of what he’s worth.

36 thoughts on “I Go, Hugo, We All Go, to the MACII Business Meeting”