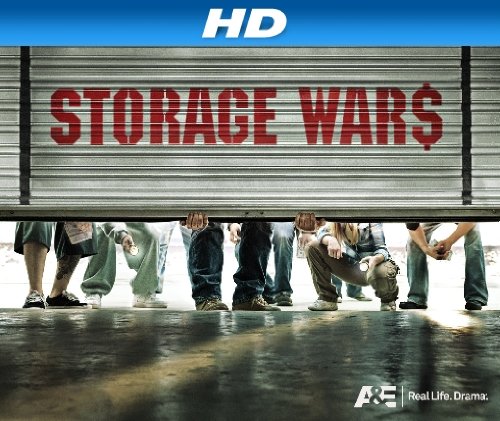 Elst Weinstein declared to me at Loscon, “I’ve been on TV more than anybody at this convention!” David Brin might have been nearby so I suggested that was hard to believe. Once I heard his story, however, I was convinced.

Elst appeared in an April episode of Storage Wars as an expert helping to identify a strange old medical device.

Storage units rarely figure prominently in fannish news – really, the last time was 1994 when Marty Cantor was working as the manager of a U-Haul facility and auctioned off an unclaimed locker in which the winning bidder found several decomposing corpses. Eventually the original renter was tracked to Jakarta and arrested for murder.

Storage Wars follows four bidders competing to score big at storage auctions. In “Live and Let Bid,” episode 19 of the show’s first season, someone found a peculiar old brass mechanism and turned for help in identifying it to The Southern California Medical Museum. Elst, a pediatrician, also is an avid collector and happens to be the museum’s volunteer curator.

He knew the item on sight. It was scarifier, probably dating to the 19th century and used by a doctor to bleed patients. Not long ago Elst’s museum mounted an extensive exhibit about medical bleeding, full of fleems, scarifiers, glass cups and leeches.

Elst was on screen for about two minutes. But A&E has repeated the episode over 100 times since April. As a result, he’s enjoyed many times his allotted 15 minutes of fame.

A local paper subsequently published a fine interview with Elst about the Southern California Medical Museum. Click here to read it.