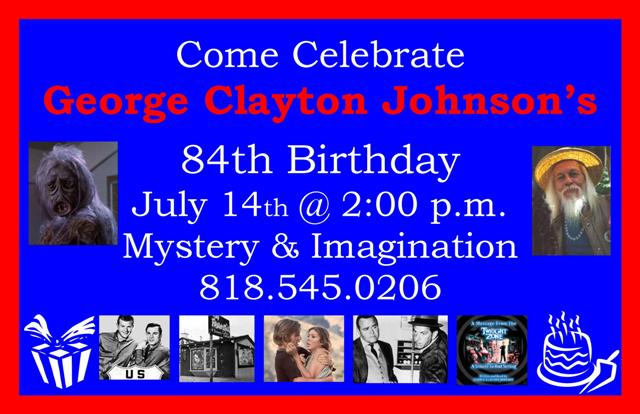 George Clayton Johnson celebrates his 84th birthday on July 14 at Mystery & Imagination Bookshop in Glendale. Eighty-four – what could be more Orwellian?