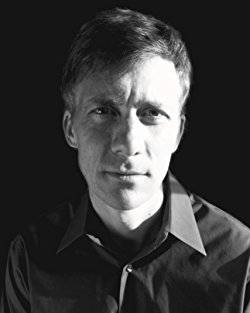 By Carl Slaughter: Self-published author Gerhard Gehrke debuted with the first-contact comedy romp Beginner’s Guide to Invading Earth.  In February 2017, he came out with the sequel, House of the Galactic Elevator.  In May 2017, he launched the Nineveh’s Child futuristic survival series.

A BEGINNER’S GUIDE TO INVADING EARTH 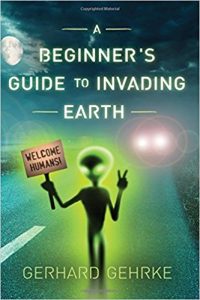 The invitation to bring humanity into the galactic community of intelligent species was going horribly. A trail of dead aliens seem to follow Jeff Abel’s every step, each envoy and ambassador meeting an untimely end.

Is Jeff the hapless victim of some sinister plan, or is he the galaxy’s scourge that needs to be stopped? Is humanity’s invitation about to be canceled?

A science fiction adventure novel, A Beginner’s Guide to Invading Earth tells the story of a reclusive ex-computer programmer turned pot-washer who is the unwitting central figure of a plot to keep humanity from ever spreading beyond Earth.

With multiple aliens out to get him, Jeff Abel’s only hope is an misfit mechanic from another world and a woman who might do anything to get off planet, including selling out her own kind.

PRAISE FOR A BEGINNER’S GUIDE TO INVADING EARTH

“In ‘A Beginners Guide to Invading Earth,’ You won’t find a Phillip K. Dick-style plausibly scary dystopia, you won’t find a Heinlein-esque flensing examination of the human condition, but you will find a fun ride and a snappy narrative. With hints of Adams’ ‘Hitchhikers Guide’ and Scalzi’s ‘Agent to the Stars,’ ‘A Beginners Guide’ spins a tale of a contemporary what-if first contact with advanced alien intelligence. The author uses clever wordplay and dry wit to poke gentle fun at some of our own tendencies and prejudices, but never gets heavy-handed.”  –  Happy Mac, Amazon

HOUSE OF THE GALACTIC ELEVATOR 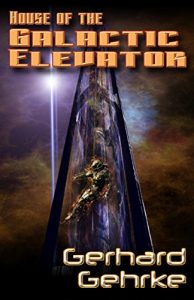 In the aftermath of a foiled invasion, the troubled hub of a thousand worlds has become isolated. Someone broke the interplanetary elevator, and no one knows how to fix it, not even Jeff Abel, the Galactic Commons newest citizen.

But mankind’s first ambassador to another world has other problems. Two thousand extraterrestrials are stranded back on Earth. Jordan, the only other human in the alien city, isn’t returning his calls. And Irving the Grey, the mastermind behind the city’s woes, has escaped.

It has begun to dawn on Jeff that getting a job with Galactic Commons security wasn’t his brightest idea. 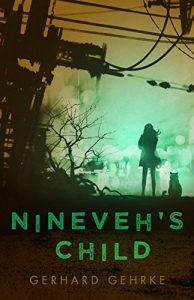 They told me the world above was dead. They lied. It was their world that was dying. I escaped. Outside, I found a family, and I was loved. My new home had its struggles but it was very much alive.

Six years later, Nineveh came for me. And nothing would stop them from trying to take me back.

My brother told me about the post-apocalyptic wastes outside of Nineveh, a land teeming with genetically-engineered monsters and radioactive fallout. He was my only friend besides a cantankerous cat that haunted my room.

But my brother spun tales to pass the time, and none of my teachers or doctors would tell me the truth about the world that was or the purpose of our life in Nineveh.

My brother got sick. Other children did, too.

The last thing my brother did was make sure I got out. Most of what he told me about the surface I found untrue. The real monsters were the ones who came for me and destroyed the life I had.

But my old world hadn’t forgotten about me, and it wanted me back, even if this meant destroying everything in its path to find me.

So I would return to Nineveh, learn its secrets, and save my brother. But could I face Nineveh’s greatest secret without losing my soul?