By Carl Slaughter: Hard Luck Hank is a one-liner spewing giant mutant who is virtually impervious to pain and bullets. He dresses like a pimp and dates an assassin. Depending on the sequel, Hank is mercenary, muscle, bouncer, negotiator, chief of police, governor. He’s also been a door man and a sewer worker. In the latest novel, Stank Delicious, released in June, he’s an athlete conducting an undercover investigation.

When his ever-capable butler, Cliston, is approached to become the general manager of a Super Class glocken team, Hank is hired not only as protection, but as a player. Hank finds himself thrown into the most grueling bloodsport in the galaxy and he is tasked with finding out how and why players are being abducted. The friendly rivalries turn into full-scale conflict and Hank unravels a far more insidious plot than the fixing of gambling results. In the process, Hank learns a lot about his history that he never even dreamed had existed. Many of Hank’s friends and enemies return in this action-packed and humorous take on the professional sporting world.

Carl Slaughter: You make your living by writing, so obviously your work is selling. But you self publish, so how do you successfully market your stories? Ho do readers discover your work? 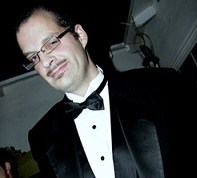 SC:  I don’t market my work, per se. I have tried various things in the past like Google ads, Facebook ads, Goodreads ads, but the click-through is very poor. I lost money in every case. In the end, it’s just word of mouth. Bookstores typically don’t want to work with self-publishers as they view you as direct competitors, since I sell through Amazon. At least the ones I contacted. I haven’t set-up at a convention. I have a website and Facebook page, but I don’t think they really generate new sales so much as keep my current fans informed of what is coming. Which does help. On my first book, I emailed reviewers and asked if they would be interested in giving an honest review of my work. I doubt even 10% were interested, but I got my first reviews doing that and I ultimately think it helped. In some ways the work has to speak for itself loud enough that others speak for you.

Watch a book trailer about Hard Luck Hank and his fictional universe:

Check out the cover art and sample chapters from Stank Delicious. 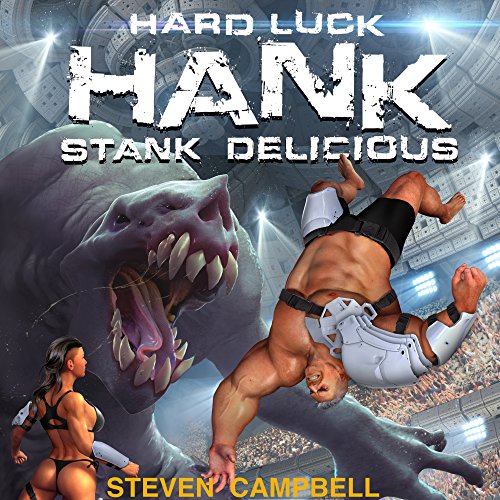