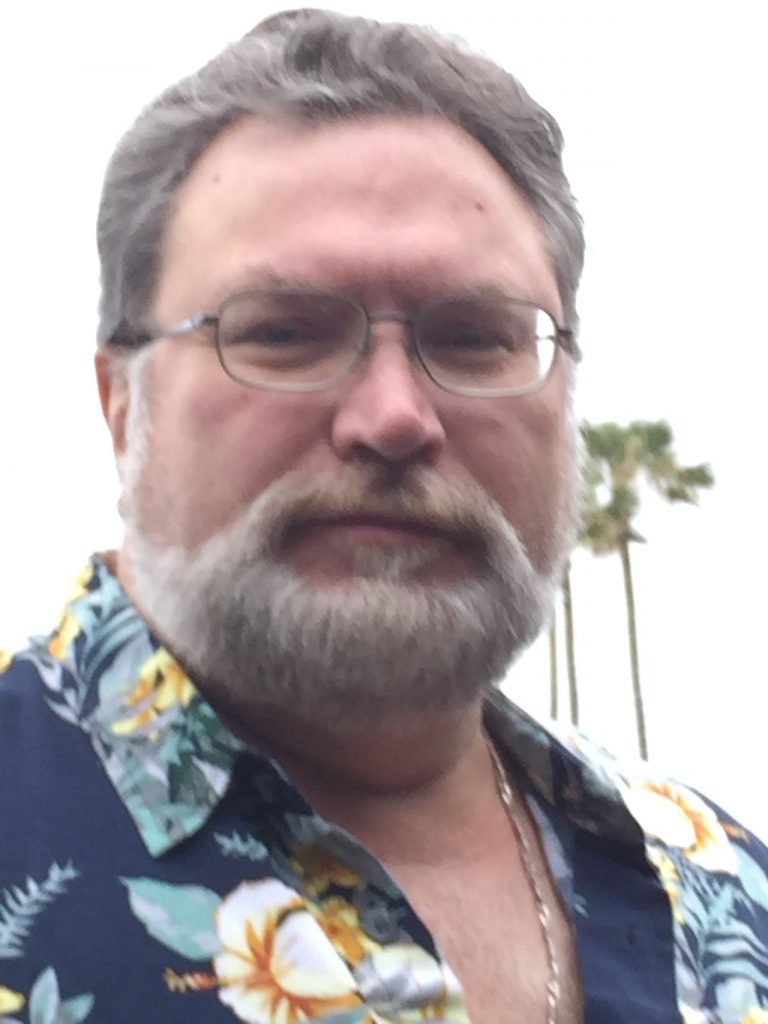 By Carl Slaughter: For an alarming premise, an ambitious plot, a high stakes mission, an ensemble cast, deeply developed main characters, vivid conversations and internal narrative, philosophical pondering, classic battle scenes, and global scale, you’d be hard pressed to find a science fiction special ops international thriller better than a Joe Ledger story.  Jonathan Maberry has been cranking out a novel per year since 2009.  The latest, Kill Switch, came out in April.  Joe Ledger fans will have to wait ‘til 2017 for the next installment, Dogs of War.  Those of you who have not yet become addicted can binge read by buying the collection. 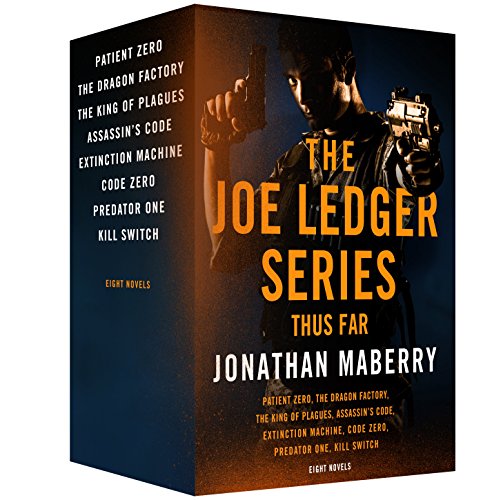 Robots are no longer science fiction. Autonomous, programmed to react like animals: fast, relentless, deadly. From microscopic nanobots to massive self-guided aircraft. This technology is here, it’s assessable, and it’s dangerous. What’s even scarier is that almost anyone can get their hands on it.

A freelance terrorist uses the latest generation of robot dogs to deliver WMDs into cities across America. Ultra-realistic robots in the sex industry are used to spread designer plagues. Sophisticated military weapons systems turn on their human masters. A technological apocalypse is coming and we may be too late to stop it.

Joe Ledger and a newly rebuilt Department of Military Sciences square off against this new and terrible threat. Dogs of War pits Joe against a merciless new enemy and an army of techno-terrorists in a race to prevent a global destruction.

PATIENT ZERO:  Patient Zero (2009) introduces readers to the legend that is Joe Ledger and to the secret government agency, the Department of Military Sciences (DMS) that recruits him. Terrorists have a death-defying bioweapon that threatens to turn innocent civilians into man-eating zombies.

DRAGON FACTORY:  In Dragon Factory (2010), Joe Ledger and the DMS face-off against two competing groups of geneticists. One side is creating exotic transgenic monsters and enhanced mercenary armies; the other is using modern technology to continue the Nazi Master Race program begun by Josef Mengele.

KING OF PLAGUES:  King of Plagues (2011) introduces Joe and his DMS team to a massively powerful secret society bent on world destruction. They plan to use the Ten Plagues of Egypt to destroy global economies unless Joe can stop them.

ASSASSIN’S CODE:  In Assassin’s Code (2012), Joe Ledger and Echo Team go on a relentless chase to stop an ancient order of killers from plunging the world into Holy War. When they rescue American hostages, the Iranian government asks them to help find six nuclear bombs, a chase that leads them into vaults of forbidden knowledge, mass-murder, and a brotherhood of genetically-engineered blood-thirsty killers.

EXTINCTION MACHINE:  Extinction Machine (2013) finds UFOs in the sky, the president of the United States missing, and Joe Ledger and the Department of Military Sciences rushing headlong into the world’s deadliest arms race. The global sprint to retro-engineer alien technologies halts when someone—or something—wants that technology back.

CODE ZERO:  Code Zero (2014) is the exciting and direct sequel to Patient Zero. A highly elite team of killers breaks through unbreakable security and steals the world’s most dangerous weapons. Within days there are outbreaks of mass slaughter and murderous insanity. Joe Ledger must stop the Land of the Free from turning into a land of the dead.

PREDATOR ONE:  When armies of killer drones explode across the nation, on baseball’s opening day, Joe Ledger and his team realize that American technology has been compromised at all levels, most importantly, on Air Force One. The president is trapped, and the plane is now a missile; it has become Predator One. (Published 2015)

KILL SWITCH:  In Kill Switch (2016), a terrifying new kind of assassin has the power to take over people’s minds in order to wreak chaos on the world. A terrorist group has acquired one hundred E-bombs. Each bomb’s electromagnetic pulse is powerful enough to blow out all power and all technology from a major city. Joe must stop the criminals waiting for the lights to go out.

2 thoughts on “The Joe Ledger Books by Jonathan Maberry”