Harlan Ellison may not be a Las Vegas institution like Frank Sinatra (whom Harlan famously met) but he’s upheld the city’s tradition of entertaining his fans this weekend. 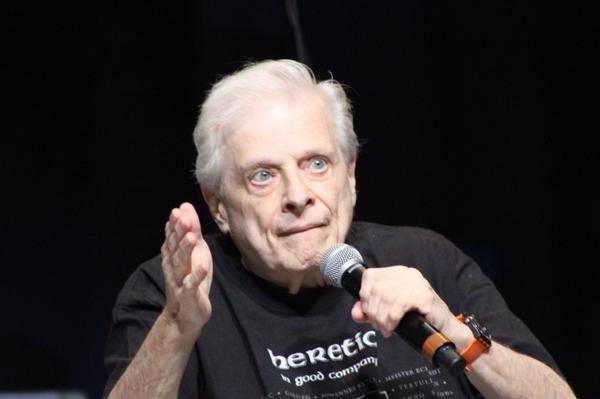 In addition to the solo talk he did the other day, Ellison has shared the stage with Grace Lee Whitney – telling everyone:

And he was by Walter Koenig’s side when Koenig declared —

A thousand actors could play Spock, but there’s only one actor who was Spock and that was Leonard Nimoy. 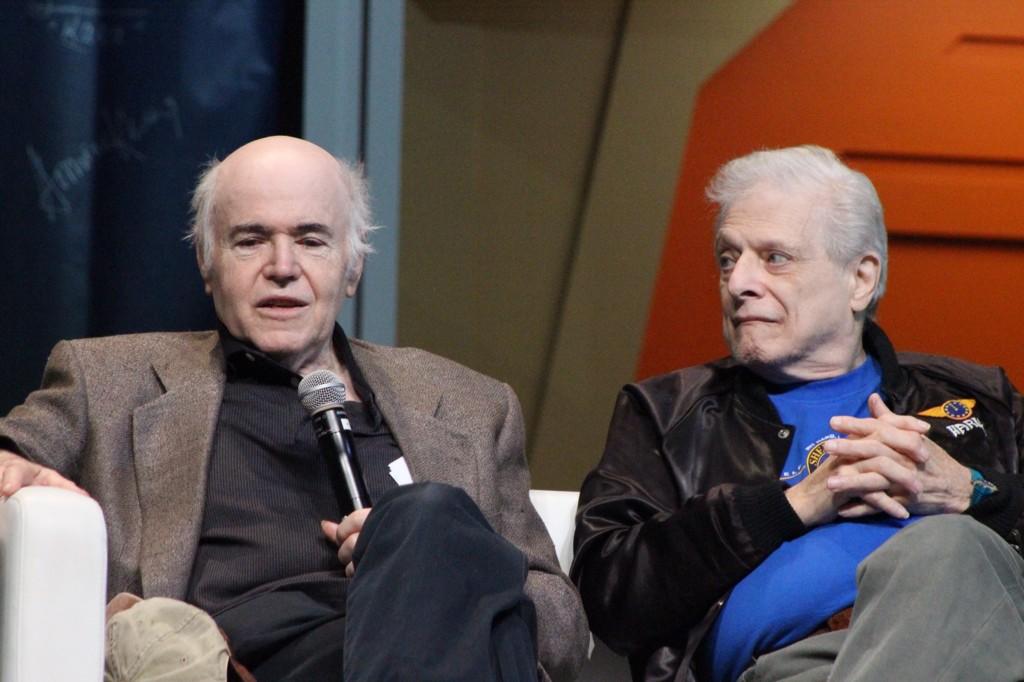 TrekMovie.com now has posted a report of Harlan’s solo talk:

And apparently Ellison’s cranky personality isn’t just a result of time, he retold a story of how after he was drafted he was sent to the Army Rangers training school after punching a fellow draftee in the neck. His strategy for survival in the Army was to “act as a Cyrano” by ghost-writing love letters to the girlfriends his fellow soldiers. And he has been writing every since, noting that he published his 107th story this year.

And of course Ellison is famous for being protective of his work. He proudly talked about one of his lawsuits, noting how he won the suit over the story for The Terminator and got acknowledged in film’s credits. He was also willing to weigh in on what he sees as theft of other people’s work, first praising the Showtime series Penny Dreadful (created by Star Trek Nemesis scribe John Logan) as one of the only good things on TV, but then noting how it is a “rip-off” of League of Extraordinary Gentlemen.

Ellison did get around to talking a bit about Star Trek and his episode “City on the Edge of Forever,” noting that he wasn’t a fan of guest star Joan Collins, noting that she thought her character of Edit Keeler was based on Hitler’s girlfriend Eva Braun.