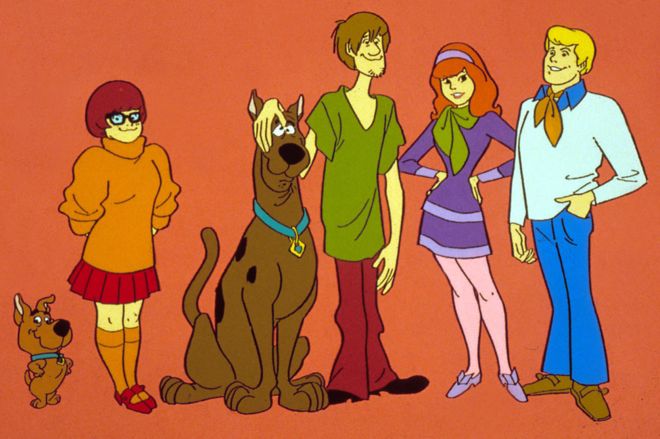 North was the second actress to lend her voice to Daphne (second from right); Stefanianna Christopherson was the first.

Heather North, the voice of Scooby-Doo’s Daphne, died November 30 at the age of 71.

Prior to joining the Scooby gang, North had a busy conventional acting career , appearing on such TV shows as Mr. Novak, Gidget, The Fugitive, The Monkees, My Three Sons and Adam-12; the soap opera Days of Our Lives; in two films, Git! (1965) and I Love My Wife (1970); and on Broadway in the short-lived 1967 comedy The Girl in the Freudian Slip.

North also starred as Kurt Russell’s love interest in Disney’s The Barefoot Executive (1971), about a chimpanzee who can predict which TV shows will be a success on the air.

And she appeared an episode of Richard Matheson’s TV series Circle of Fear, “Elegy for a Vampire.”

Her husband, producer/director H. Wesley Kenney predeceased her in 2015. She is survived by a son and two stepchildren; another stepdaughter died just a week ago. 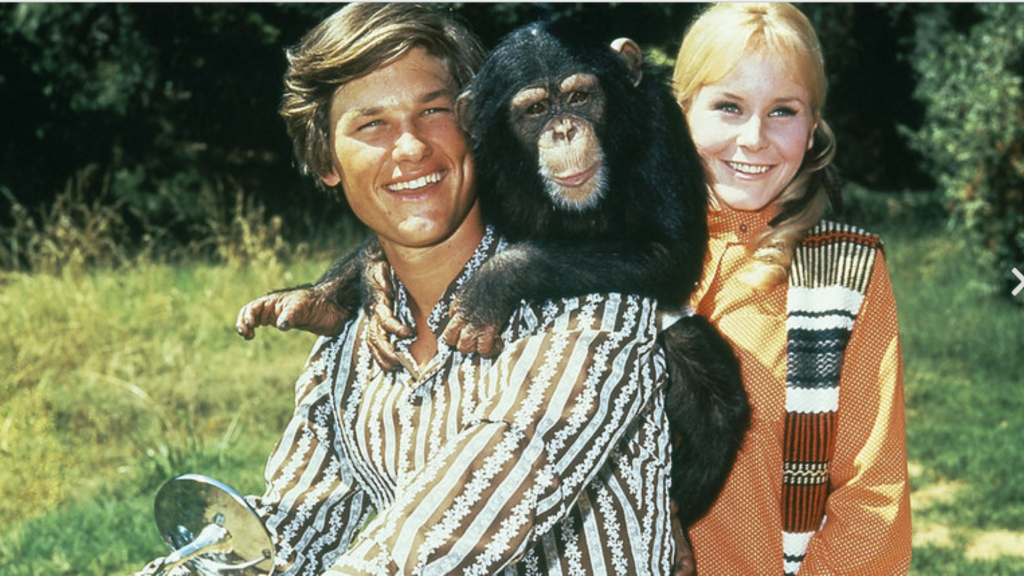 Heather North in The Barefoot Executive.