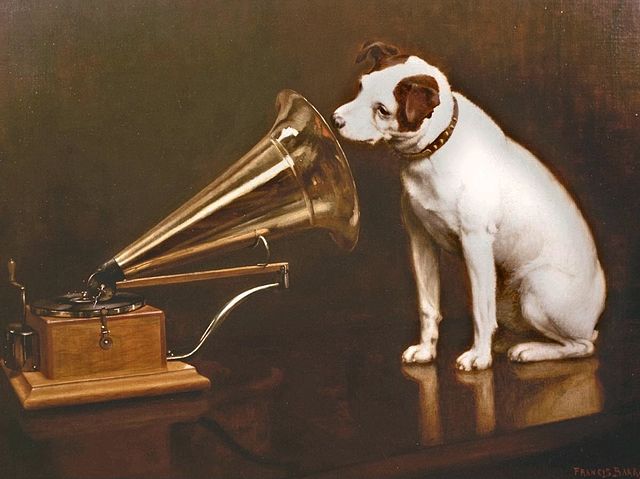 Both the Sad and Rabid Puppies heard from leadership today.

Someone tried to run ahead of the Sad Puppy pack, compelling Amanda S. Green to swat him with a rolled-up internet – “Sad Puppies 5 and recommendation lists” at Mad Genius Club.

Anyway, this morning, the BP rising bit came in the form of a private message from a friend of mine. We are in a number of groups together on Faceplant. In one of those groups, someone had posted a notice with the header of “Sad Puppies 5 Suggestions.” Now, that got my eyes open real quick because the person posting it wasn’t Sarah [Hoyt] and, the last I heard – which was last night – Sarah was the one coordinating SP5. So, with coffee starting to brew, I figured I’d go see what I had missed overnight…

So, if you woke around 0630 CST to the sound of loud thumping, I apologize. That was me pounding my head against the wall. After reading the post my friend warned me about, I saw why. And I saw red. And I made the mistake of taking to Faceplant to write a response – still before coffee. I should have waited. Then I could have made a more detailed response, complete with link. As it was, it took a couple of posts and I’m still not sure I got my point across….

So, let’s be very clear. The New Year is here and with it comes the time when we need to start thinking about the books we read and whether we feel they are worthy of being nominated for any of the various awards being offered this year. Be it the Hugo, the Dragon, the Rita or whatever, it is something we need to keep in mind and, if we are so moved, we need to nominate them for the appropriate award(s).

It also means we are going to start seeing folks saying they are “making a little list”. Some will follow through with their lists and keep a running tally. Others will simply have a single post where you can add your comments. What they do is up to them – up to a point. However, when they start implying they are involved with something they aren’t, or when they seem to be stepping up and taking control of something they have not been involved in, then they have crossed the line.

To preempt further problems with overeager helpers before the new Sad Puppies 5 website goes up, Green has directed those interested to make their current recommendations in comments on a new post at the old site —

In the near future, this site will be shut down and a new site for Sad Puppies 5 will go live. In the meantime, if you have any books, movies, etc., you think award-worthy, please list them in the comment section. Your recommendations will be migrated to the new site when it is ready.

As for Declan Finn’s “Sad Puppies 5 suggestions” at A Pius Geek, had he chosen any other headline the post would have been indistinguishable from the awards recommendations everyone else is writing this month in which their own books feature prominently.

However, Finn says he felt the need to add the following paragraph – not because of Amanda S. Green’s post, but in response to hearing privately from “770 morons.”

EDIT: FOR THE READING BEREFT — APPARENTLY, THE USUAL CROWD AT FILE 770 CAN’T READ — I MUST PUT IN AN EVEN BIGGER NOTE HERE. I’M NOT IN CHARGE OF SP5. THE FOLLOWING IS, IN PART, A GUIDE FOR MY RECOLLECTION, SOME SUGGESTIONS FOR THOSE WHO WILL BE VOTING,  AND AN OPPORTUNITY FOR OTHER PEOPLE TO GUIDE MY VOTING. APPARENTLY, SOME PEOPLE ARE TOO STUPID TO HAVE FIGURED THIS OUT FROM THE BELOW. THAT IS ALL.

While I will certainly be making my 2017 recommendations soon – particularly for Best Series – I would NOT recommend anyone to register [for the Worldcon]. As the God-Emperor Ascendant [his nickname for Trump] demonstrated so masterfully, there is a time to press forward and there is a time to sit back and see how things play out. Now, obviously, those of us who are already registered can, and should, nominate, but there is no sense in wasting money that might be more effectively utilized elsewhere on Worldcon this year.

Let the SF-SJWs do their happy dances and celebrate the success of EPH, little realizing that in adopting it, they have done exactly what we intended in pursuit of our long term objective. Let’s face it, thinking through the logical consequences of their actions has never exactly been their strong suit. It’s bewildering that they genuinely appear to believe that we did not anticipate their changing the rules, even though I said right from the very start that they would have no choice but to do so if we were successful.

Even if Day’s readers refrain from joining Helsinki, those who were members of MidAmeriCon II or have joined the San Jose Worldcon (2018) by the end of this month are still eligible to nominate, so it is not unlikely the Rabid Puppies may exert their influence over the composition of this year’s final Hugo ballot. To what extent they can do so remains to be seen, depending on their own numbers and the impact of EPH rules changes in the first year of operation.