The second issue featured “The Man Who Forgot Ray Bradbury,” written by Neil Gaiman with art by Maria Fröhlich, “which peers into the mind of a man who sifts through his own memories in an attempt to recover the name of a famous sci-fi author.” In the other story, Audrey Niffenegger and Eddie Campbell combined talents on “Backward in Seville.”

The third Shadow Show contained “Weariness” by the inestimable Harlan Ellison, which gives us a look at the end of the universe as we know it, and “Live Forever!” by Bradbury biographer Sam Weller and Mark Sexton, where Ray Bradbury himself enters the story. 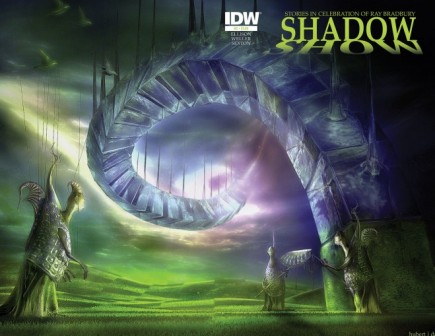