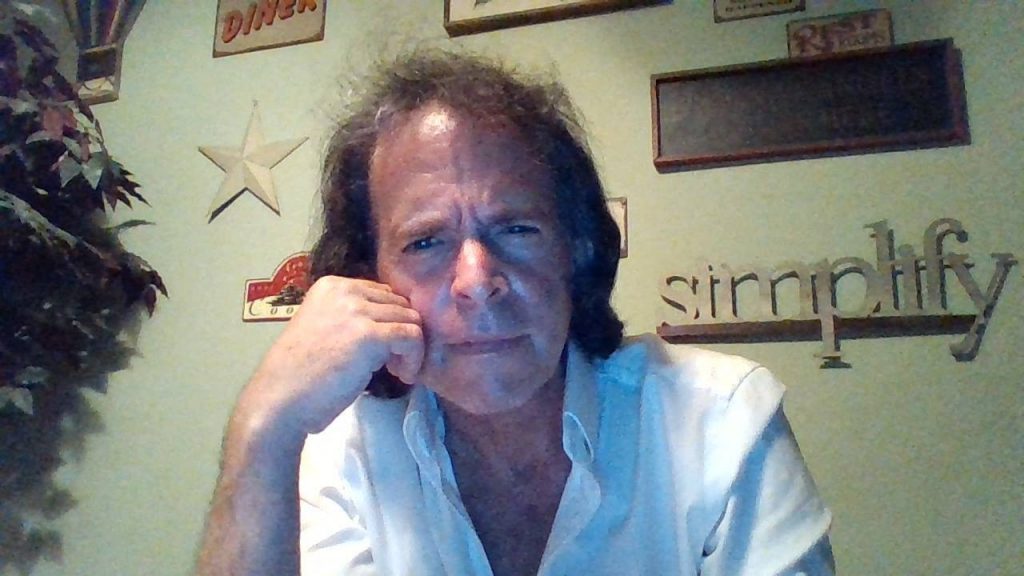 A day of mourning. Frequent File 770 contributor James H. Burns has died, found by his landlord on June 2. A month ago Jim was hospitalized for blood clots in his legs and put on blood thinners. After he was released, Jim also told me he was troubled by other medical “mysteries,” comparing his case to an episode of House but without ever saying in so many words what the problems were.

Now other friends of Burns’ are saying on Facebook that doctors found a lump in his lungs and he’d been scheduled for a biopsy on Wednesday, but having no one to go with him had stayed home. By the next day he passed away.

Jim was about 56 years old. When this photo was taken by Patrick O’Neill in 1976 or 1977, he was about thirteen or fourteen years old – and already writing for some of the science fiction film magazines. (On the right is longtime sf fan and 1970s convention organizer, Steve Rosenstein.) 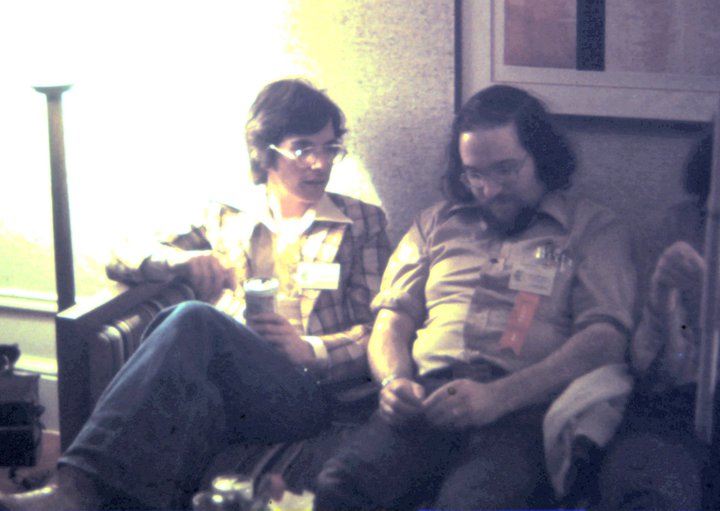 He was among the first writers for Starlog and a contributing editor to Fantastic Films, and Steranko’s Prevue. Jim was one of the first genre magazine nonfiction writers to cross over to mainstream publications like Gentleman’s Quarterly, Esquire and American Film, while continuing to write for Cinefantastique, Starburst, Heavy Metal and Twilight Zone magazines.

In his last years he became active in radio, and authored Op-Eds and features for Newsday, The Village Voice, thesportingnews.com and The New York Times.

Jim had a large fund of anecdotes about sf, movies, tv and the New York theater, which he enjoyed sharing on several fannish blogs and in the forums at the Classic Horror Film Board.

Around 2012, Jim discovered File 770. Initially I was signal boosting his pieces for other sites, Jim earning his way by authoring entertaining original “hooks” that made fans want to click and read the rest.

I always wished Jim was writing that stuff for me – and eventually my wish came true. He became one of the most active and creative participants here. The past two years we’ve exchanged e-mails every couple of days, Jim constantly coming up with ideas, drafting new articles, or finding ways to adapt material published earlier in his career.

Jim was especially proud of a trio of posts that paid tribute to the influence of his father — My Father, And The Brontosaurus, Sons of a Mesozoic Age, and World War II, and a Lexicon in Time.

Quite often his posts here were inspired by memories of “growing up fannish,” such as the very popular Once, When We Were All Scientists, and CLANKY!.

Jim’s strength as a writer was his ability to remind readers why they were – as he was – sentimentally attached to the works and experiences that brought us into fandom. That’s been a lifeline for me amid the uninterrupted controversies that fill my blog. Filers often ask each other what they love. That question was one Jim clearly enjoyed answering over and over. How much he will be missed.