By Dave Doering: One author commented: “LTUE is one of the best ‘secret’ cons for writers out there, if not the best.” 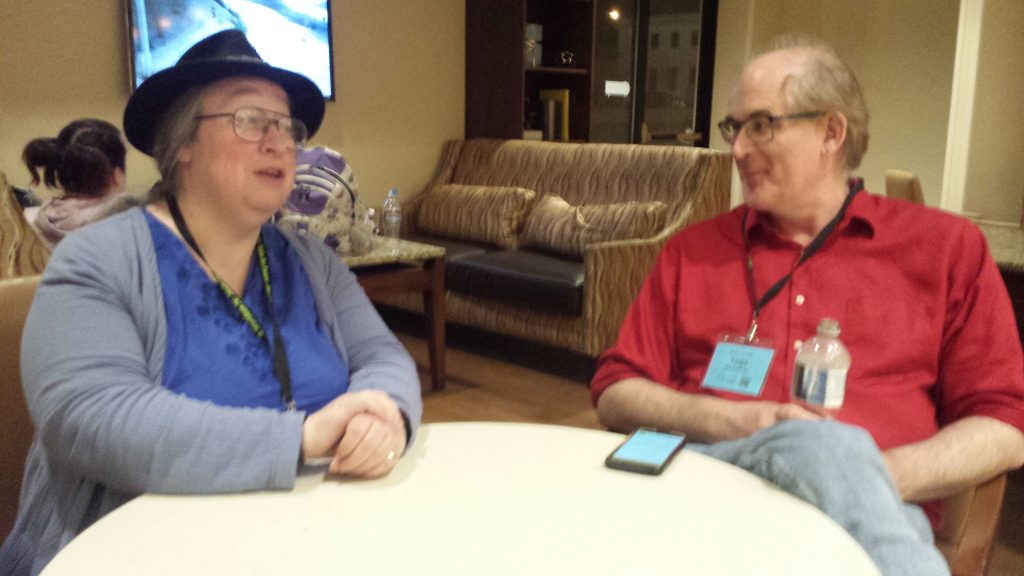 Toastmaster Charlie N. Holmberg (whose Paper Magician is optioned by Disney for release on their upcoming streaming service) regaled the Banquet audience with tales from her life growing up geek and called on everyone to embrace your own weirdness–be “your own kind of weird”. 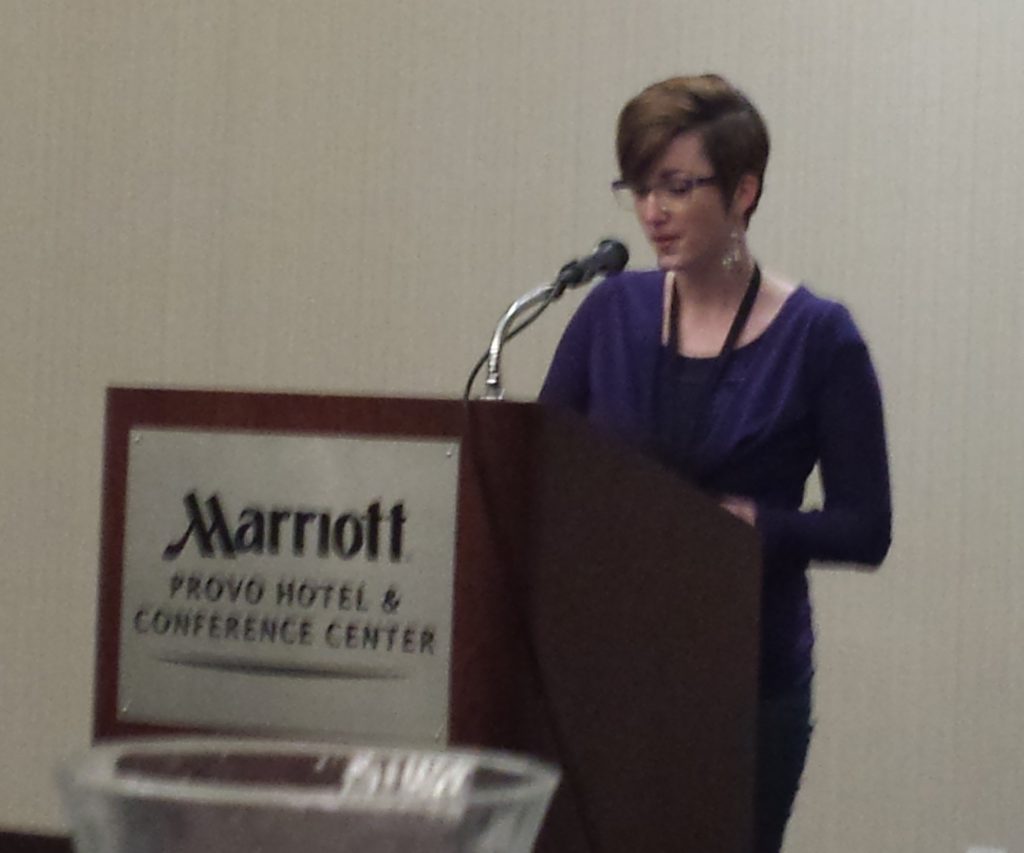 Fun moment: LTUE has a mass autograph party on Friday night (over 100 authors participate). This year the event coincided with a political rally upstairs for Mitt Romney’s bid for Utah’s Senate seat. The convention hall was littered with heavy police security–to protect the con or to protect the candidate? 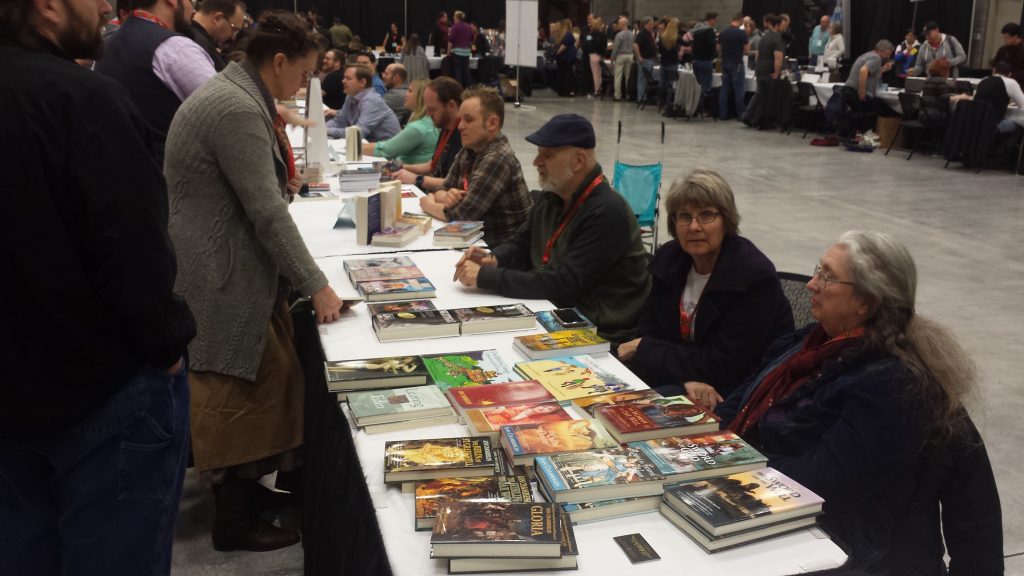 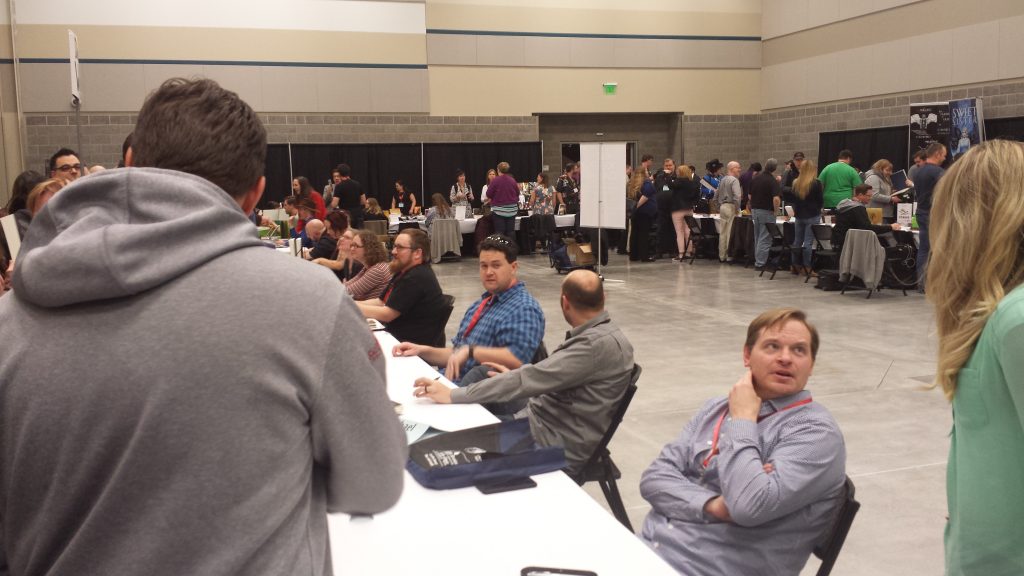 The autograph line extended quite some ways, which led various political seekers to join the line thinking it was for the rally. Then one of the congoers got in the queue–with his long, purple beard. At that point, several people whispered that he didn’t look like a Romney supporter, and maybe this wasn’t the right line after all…

(Personally, I think Romney would have had a more exciting time at our party.)

Jo Walton celebrated the release of her new anthology, Starlings, from Tacyhon Press at LTUE. The custom cake is from The Mighty Baker shop in Provo–winner two years in a row on Cake Wars. (The uncut version really did look like a hardcover.) Various guests came by (including L.E. Modesitt) to enjoy the festivities. 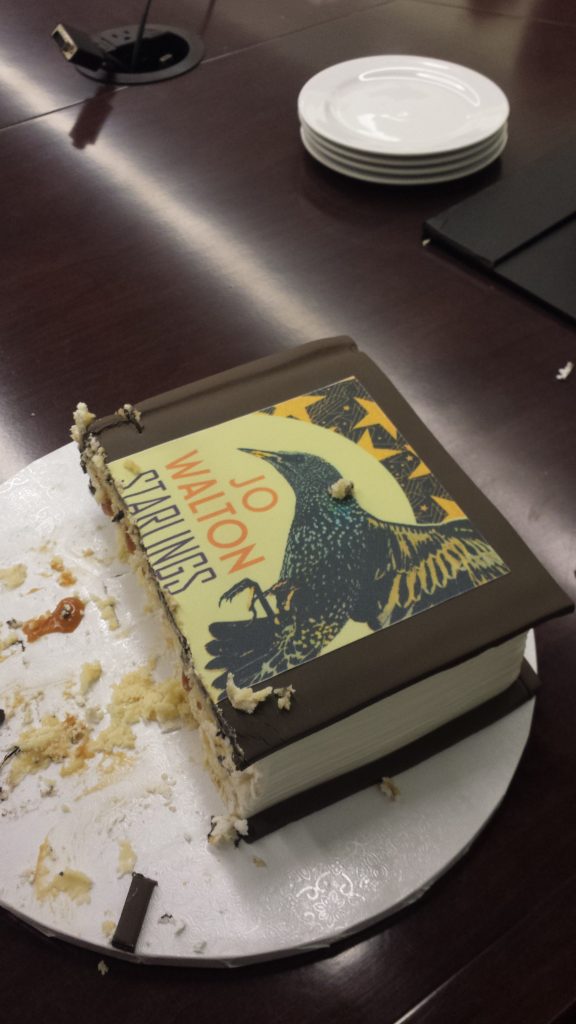 The hotel has these 16-sided endtables. No way were we going to let this chance pass us by! 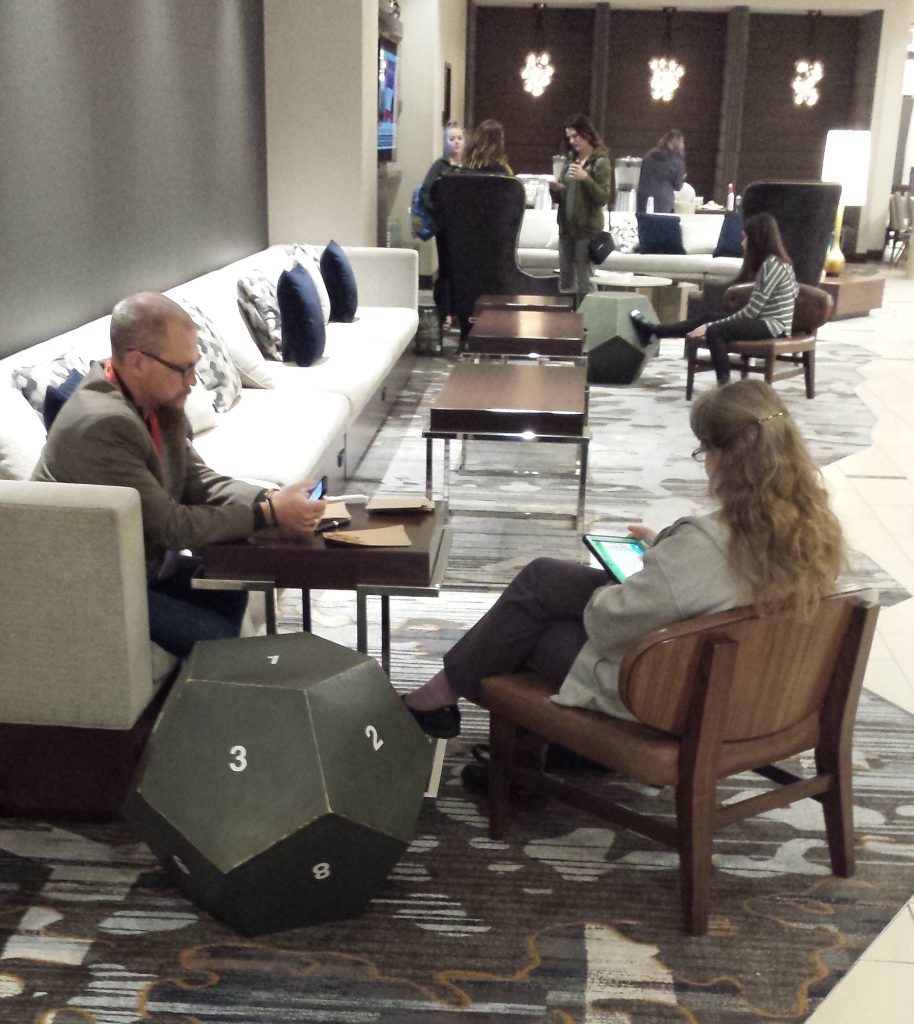 I had a blast with one of the props from the SF series Extinct. 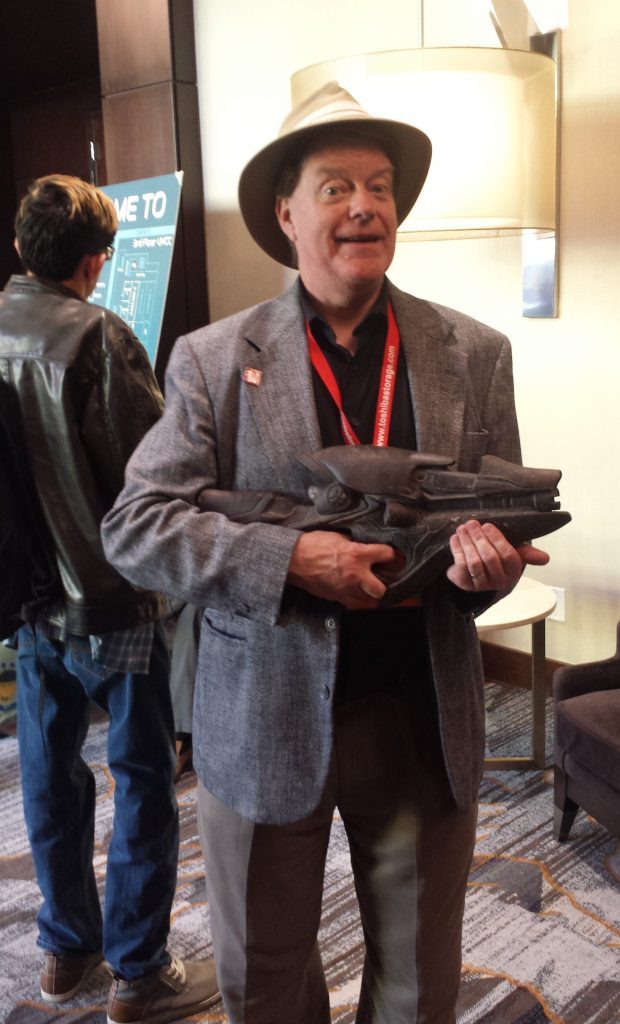 Had a reunion of the more than 20 (!!) WotF winners from Utah area, including first husband/wife winners (Eric James Stone and his wife Darci won in separate years).

Supreme kudos to Jo Walton for joining us after traveling from Montreal to Provo via train–leaving Friday Feb 9 to reach us by Wednesday, Feb 14th (!!) and

Who is STILL ENROUTE as you read this until Thursday, the 22nd!!

2 thoughts on “Jo Walton and Todd McCaffrey Headline Life, The Universe, & Everything 2018”