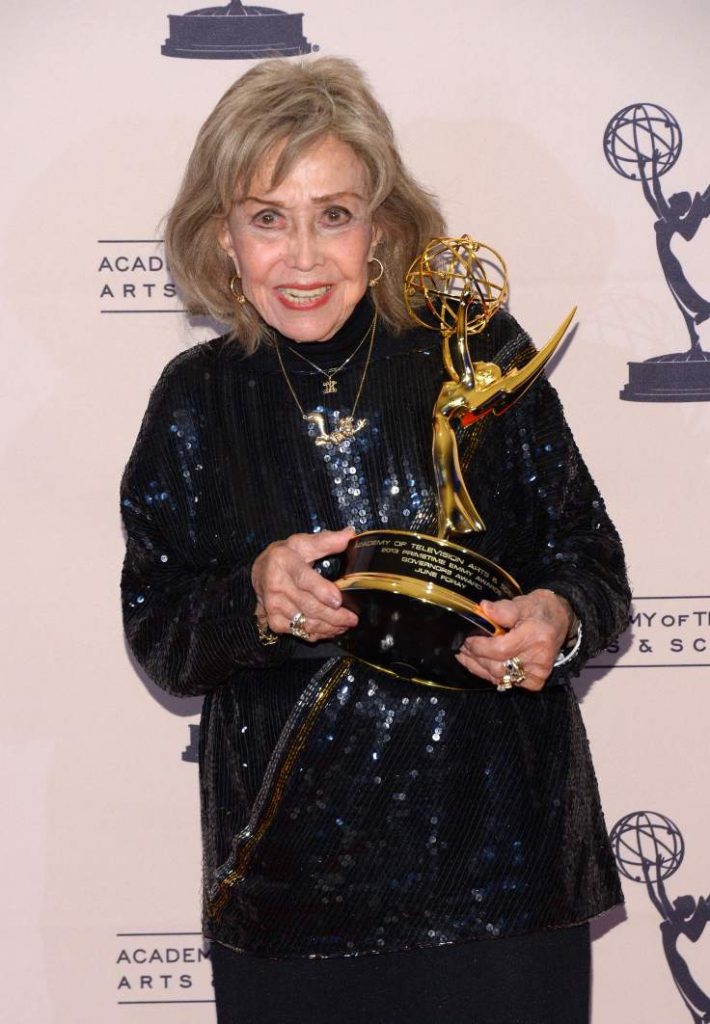 June Foray, Hollywood’s best-known female voice talent, died July 27 at the age of 99. She was best known as the voice of Rocky in Rocky and Bullwinkle (1959-1964), a role she reprised as recently as 2014 in a DreamWorks Animation short.

According to the report in Variety:

Foray was born June Lucille Forer in Springfield, Mass., and she was doing vocal work in local radio dramas by the time she was 12. She continued working in radio after her family moved to Los Angeles after she graduated from high school, following her dream of becoming an actress. She even had her own “Lady Make Believe” radio show that showcased her vocal talents, and she appeared regularly on network shows such as “Lux Radio Theater” and “The Jimmy Durante Show.”

She worked with Stan Freberg and Daws Butler on several comedy records, including the 1953 Dragnet parody ”St. George and the Dragonet”. Later she was a regular cast member of The Stan Freberg Show on CBS Radio. 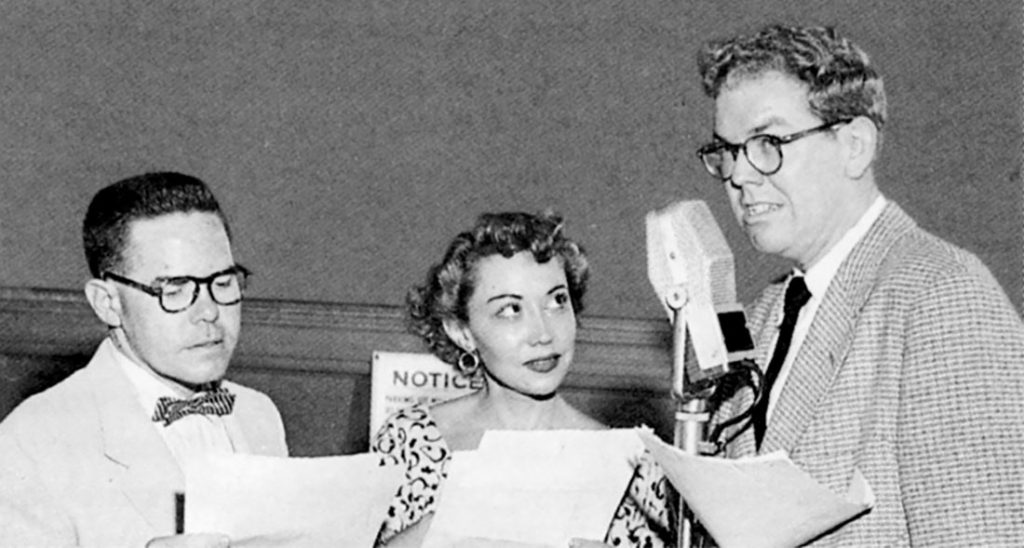 She was the voice of Mattel Toys’ Chatty Cathy, and its Twilight Zone nemesis ”Talky Tina” (in the 1963 episode “A Living Doll”).

She also voiced Cindy Lou Who in Chuck Jones’ 1966 adaptation of How the Grinch Stole Christmas.

A few years ago when Earl Kress and I assisted her with her autobiography, we foolishly thought we could whip up a near-complete list of everything she’d done. Not in this world possible. I know more of June’s credits than most people and I’d be surprised if I know 10% of it.

So many she couldn’t possibly remember them all, though this shook up fan Dwight Decker when he had a chance at a San Diego Comic-Con to ask about her role as The Librarian in a Little Nemo movie and she answered that she’d never heard of the project. (She’s in the film credits.)

She was one of the earliest members of the Hollywood chapter of Association Internationale du Film d’Animation, and she created the Annie Awards, presented by ASIFA-Hollywood. The Annies created a juried award named for Foray in 1995 that honors individuals who have made significant or benevolent contributions to the art and industry of animation, and she was its first recipient.

Foray received a Daytime Emmy in 2012 for her performance as Mrs. Cauldron on Cartoon Network’s The Garfield Show. And in 2013 she was presented with an honorary Emmy by the Governors of the Academy of Television Arts & Science.

She was a panelist at LASFS’ annual Loscon in 2009.

A documentary about her life, “The One and Only June Foray,” was produced in 2013. Here is the trailer: