By Steve Vertlieb: Here’s an advertisement for the 1993 sixtieth anniversary King Kong celebration at Chicago’s famous Gateway Theater. Writer and Kong scholar George Turner shared the giant Gateway stage with me as we spoke lovingly of the big gorilla’s legacy. Linwood Dunn was scheduled to share the spotlight with George until illness forced him to cancel his appearance. At the last moment, the organizers scrambled to fill his substantial shoes with a suitable replacement. Sadly, all that they could get was me. 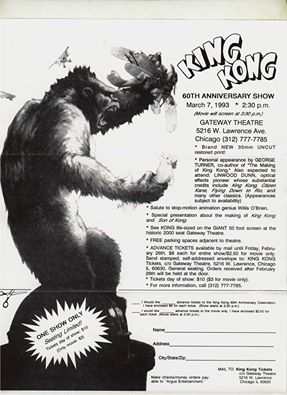 The Girl In The Hairy Paw was the very first book ever conceived or published about the immortal motion picture fantasy masterpiece King Kong, and my own singular participation in this legendary volume was instrumental in its eventual inception, style, and design. Editors Ron Gottesman and Harry Geduld visited me at my home in Philadelphia, and asked if I would allow my series of articles from The Monster Times (1972) on the making of Merian C. Cooper’s adventure classic to lead off their forthcoming volume for Avon Books in New York. I also supplied the authors with much of the photographic material which ultimately graced their joyous, wonderful 1976 volume about the legendary film classic. 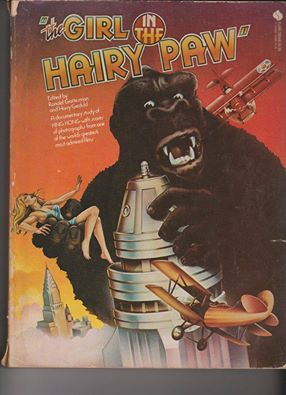 The premiere issue of The Monster Times from 1972 with original cover art by Gray Morrow, and featuring my cover story on the making of King Kong (1933) which I later re-wrote as the lead chapter for Avon Books’ legendary 1976 volume, The Girl In The Hairy Paw. 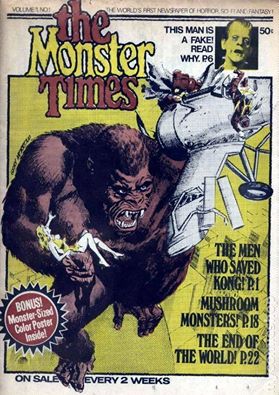 Famed “Kong” scholar George Turner and I were the invited guests at this memorable 1993 sixtieth anniversary remembrance of King Kong held at the renowned Gateway Theater in Chicago. We shared both the stage and our own personal recollections of the classic film’s production and influence before a live audience of some five hundred fans. 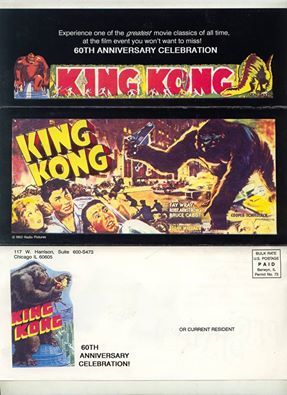 With beloved King Kong historian and American Cinematographer journalist George Turner when George and I were the invited guest speakers at the sixtieth anniversary King Kong retrospective held at The Gateway Theater in Chicago during the Winter of 1993. Co-sponsored by Turner Entertainment, the well publicized event drew some five hundred fans to the anniversary screening and presentation. 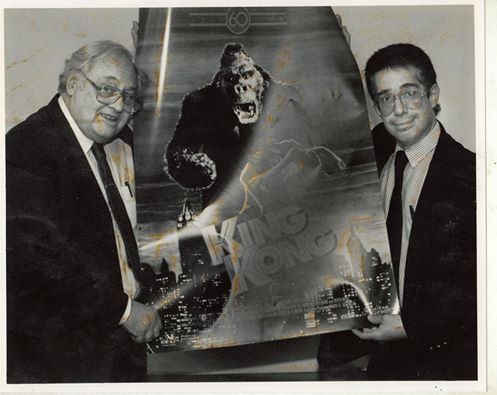