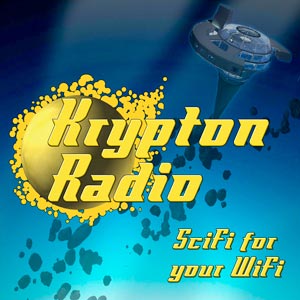 It Begins with Love

I’m Gene Turnbow, the founder and station manager of Krypton Radio – and like the most worthwhile things in science fiction fandom, it began with love.

Susan Fox and I were group leaders of a bunch of gamers in 2009, and we wanted some inspiring sci-fi tunes to listen to while participating in our favorite MMO. We looked around for a radio station made just for us, and we couldn’t find one, so we did the obvious thing: we made one. It was the crudest thing you could imagine and still be an internet radio station. We had an ugly little web site, and posted an article or two a month, and we were happy. At first it was just a couple of albums of nice action music we’d put together, perhaps four or five hours’ worth, but that got us started. We told our friends about it, and on their requests we began adding more and more music to it. It was a great hobby, and it was starting to take on a life of its own.

Two years later, we took another look around the ‘net, and discovered that though there had been a short-lived imitator or two, nobody else was doing what we were doing. It seemed so obvious a thing to us that we thought there would be a dozen or more of them, but impossibly, we found we had a niche on the internet all to ourselves.

And all the love we were putting into what we were doing began to heterodyne.

It’s a hard fact of life that most of the sudden successes you see are usually the result of great gouts of money diverted from some other already successful project. You look at some big new thing, and you say to yourself, “where on Earth did that come from? How did they get everything done so fast?” When you do that, you’re probably selling yourself short. It’s a lot easier to hit escape velocity if you happen to have a Saturn 5 strapped to your butt. So what have they got that you don’t have?

The better question is, what have you got that they don’t have? The answer is usually, “Quite a lot.” You have a passion for what you’re doing, and a vision that goes beyond a sixteen-frame pitch deck and an investor’s brochure. Yes, the money will make it easier, but it frequently won’t make it better. That’s the focal point where good ideas become great ones that spark people’s imaginations.

I’m a polymath, so I kept gravitating towards other people who were, and they to me. Every single person who works with me on the Krypton Radio project has four or five different skill sets they can bring to bear when needed. 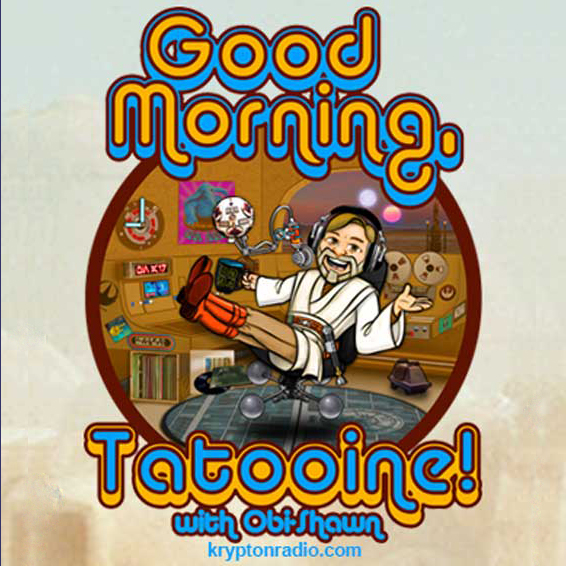 We have a stable of writers, each of whom have various high-density specializations of their own. Add them all up, and the team is far, far greater than the sum of its parts. 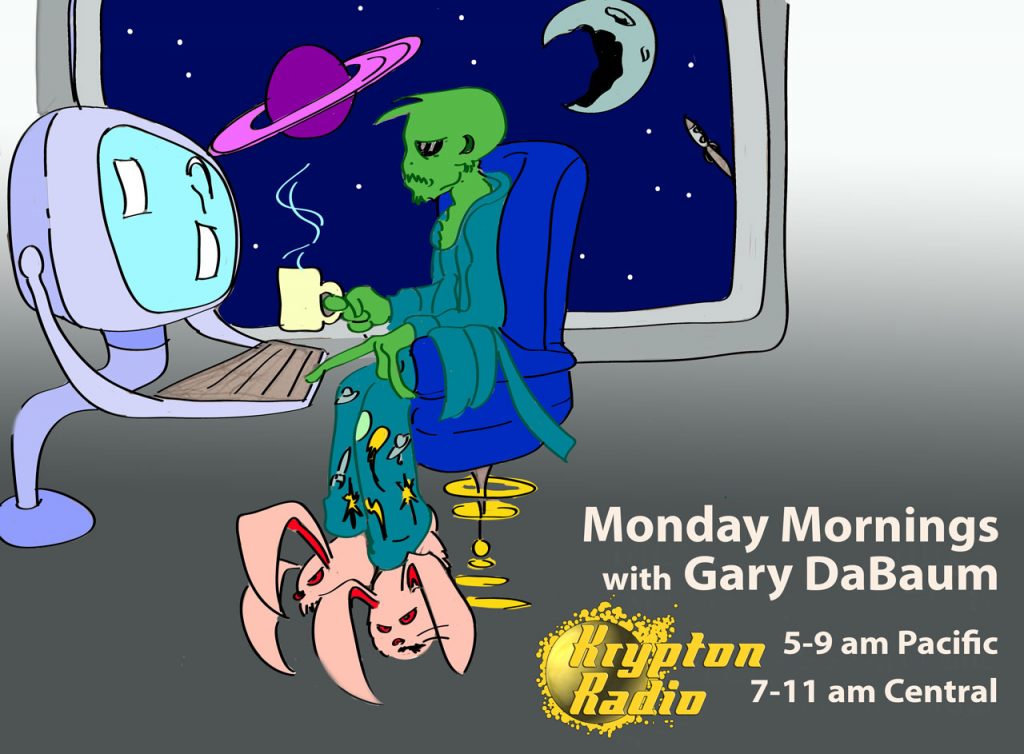 Lightning in a Bottle

A radio station, whether it’s a terrestrial broadcast station, an internet-only station like ours, or a station that does both terrestrial and internet broadcast (a lot of them are set up that way) is a really complex technical and business structure. It’s like the definition of a helicopter: 10,000 spare parts, bent on self-destruction, flying in close formation. It doesn’t take much for the whole thing to come violently apart, and the internet is littered with the ghost imprints of the stations who came before us – or tried to mimic us – and failed. And yet, after eight years, we’re still rising.

Eventually we had a gaggle of live DJ’s, adventure serials, talk shows and enough geeky music so that if we played it all back to back, it would take one person a solid 18 days to listen to all of it. By 2011 we realized that except for a couple of near misses, we were still the only ones doing what we were doing. By 2013 we had incorporated, and by 2015 we were in the black.

There’s a saying: “Nothing succeeds like success.” The reason this saying is bequeathed to each generation by the one before it is that it’s true on several levels at once. You could say to yourself, “Oh, of course, if you’re successful, you already have the advantages you need to be successful some more,” and you’d be right. There’s another side to the story, though, and that is that successful things are fun. People look at what you’re doing, and they’re inspired by it. They begin to walk alongside you on your path, because they can see how much fun it is, and they want to have fun too, their energy joins with yours and the whole thing starts to resonate. Love starts it, and love keeps it going. 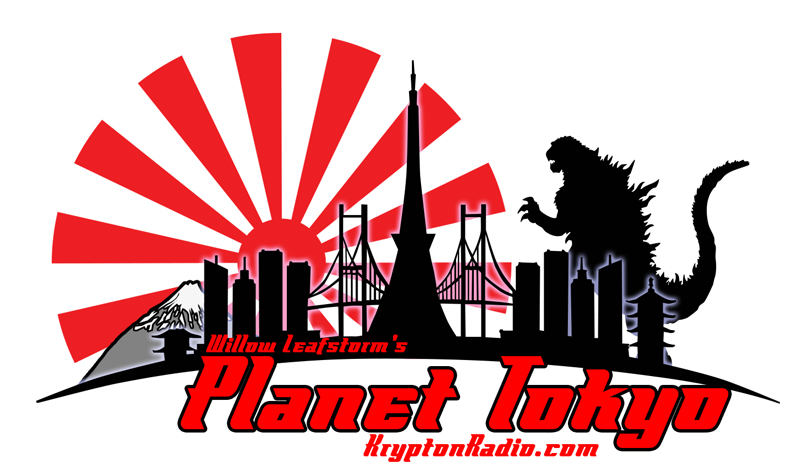 It turns out that radio, as we knew it, is dead. Terrestrial radio is mostly chain operated, and plays the same music regardless of the city they’re in. Every city gets the same music; the opportunities for local bands to get the attention of the local DJ, hoping to get that all-important airplay, are gone. It’s a different world. Now everybody has access to the internet. It’s a level playing field. Of course, the problem with that is that everybody is on that same playing field at once. How do get started, and how do you get noticed?

Figuring it all out was pretty tough. There just isn’t any place you can go to ask how to set up a sci-fi radio station, and all the advice I found on the ‘net was obviously not going to work for me, because what we were doing was too different. Most of the information was either hopelessly outdated, too cursory to do me any good or intentionally wrong, given to me by bitter people who couldn’t stand the idea that I looked like I was about to do something they couldn’t.

Music streaming is a weird place to stand, from the standpoints of both business and technology. A background in audio code development comes in handy. So does a background in contract law, and a deep knowledge of the intricacies of music licensing for internet radio stations – who are subject to staggering heaps of regulations and license fees that traditional radio stations don’t have to bother with.

You’ll also need web design and graphic design, social media, project and personnel management, and if you’re in a niche market like we are, you’ll need something to drive listeners to your site, something to build a community around. We use geek news, served up daily, on our website. That meant we had to become journalists as well, and good ones.

Getting the word out and keeping the audience engaged is nearly a full-time job all by itself. Mostly, I join every club, group or association that’ll have me and talk to everybody who’s doing something even remotely similar to what I want to do. Nobody succeeds in a vacuum, and I didn’t either.

That’s part of why Krypton Radio is important. We give geek bands airplay they couldn’t get anywhere else. That also means that listeners can hear bands on our stream that they would have a hard time finding elsewhere. Sure, a listener could find all the stuff we have for themselves, looking things up the same way we did. Because we did, though, they don’t have to. Instead of making a CD, or a podcast, or Yet Another Podcast Network, we created our own entire always-on distribution channel from scratch.

The only way we’re able to do what we do is to establish and maintain a near constant dialog with our listeners and fans. Everybody talks to everybody. The days when you could just broadcast out and have a one-way conversation are gone. To survive, a radio station now has to be interactive, and if possible, transmedia as well, so we’re starting to explore video, game technology, podcasting, traditional publishing, and VR.

Standing still and resting on your laurels is death. Complacency is death. Believing your own hype is death. Settling for being a big fish in a small pond is death. There’s a whole lotta death. It’s like Christopher Lee is standing there in a hooded shroud holding a scythe the entire time.

It turns out that it’s expensive to do what we’re doing, so we tried various crowdfunding platforms until we finally settled on Patreon to help us keep the lights on. It’s a struggle – we want to be able to pay our DJ’s and artists and other producers for all the hard work they do keeping everything running, but we’re not there yet. We are covering the server and licensing costs, but just barely.

We’re doing a lot of good in the community. We help writers, filmmakers, artists and musicians of all kinds to reach their audience, in a world where there is a hurricane of corporate noise that ordinarily drowns out individual creative efforts. Krypton Radio matters.

From the beginning, the Krypton Radio station motto has been “we all rise together”. I think that’s something worth fighting to keep. Around here, we try to inspire that creative spark and help it along its way. If you feel the same way, perhaps you’ll consider joining us on the path.

2 thoughts on “Krypton Radio: Music for the Geeking World”