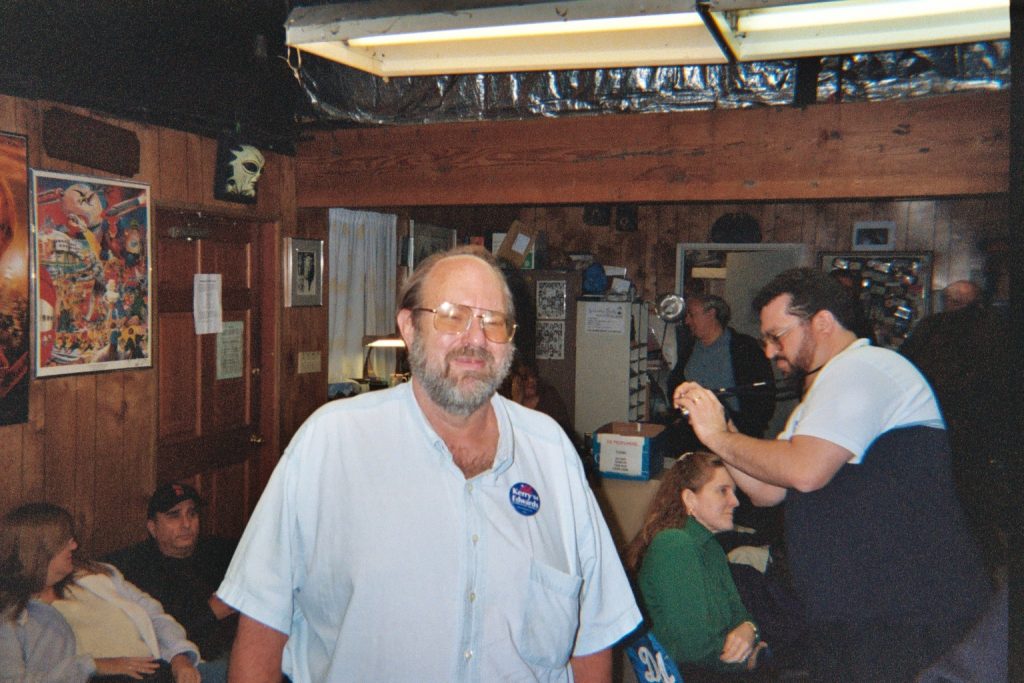 LASFS member Dwain Kaiser (1947-2017) was shot to death on July 3 by a teenager who, together with his mother, lived with Kaiser and his wife in the apartment above their bookstore in Pomona.

Dwain George Kaiser, 69, owner of Magic Door Used Books, was shot several times and killed just after midnight in his apartment at 175 W. Second St., in the downtown Arts Colony area, police said. His apartment sits above the bookstore he and his wife have owned for more than a decade.

The teen suspect and his mother shared the apartment with Kaiser and his wife, according to Pomona police Sgt. Brian Hagerty. The two families are not related to each other. Hagerty said they were roommates.

It’s not clear what sparked the shooting.

Kaiser became an active fan in 1961 after receiving a copy of Cursed, edited by Arnie Katz and Len Bailes. His family moved to Las Vegas in 1963 and the next year he founded the Las Vegas SF Society.

When LASFS started APA-L in 1964 he began contributing a zine, and traveled to club meetings in LA when he could afford bus fare. He joined in 1965. The club had a place in his heart and he was one of the old-timers who came out for the LASFS’ 70th anniversary meeting in 2004, the last time I saw him in person.

His first convention was Pacificon II, the 1964 Worldcon, in Oakland, CA.

After his family moved from Vegas back to LA County in 1966, he started attending LASFS every week. With other San Gabriel Valley fans he also started the ValSFA. (Some of Kaiser’s photos from those days are here.)

Kaiser opened his first Magic Door used bookstore in 1967, in Claremont. (He closed it to return to college to avoid the draft.) Over the years, Kaiser opened several more in the Inland Empire including one in downtown Upland. The current store in Pomona was his fourth named Magic Door.

Dwain Kaiser was a highly active fanpublisher: a founding member of the amateur publishing associations APA-45 and TAPS, and the editor of many genzines, including Astron, Nimrod, Nonstop Fun Is Hard on the Heart, and No Time, No Energy & Not Much To Say.

He is survived by Joann, his wife of 32 years. 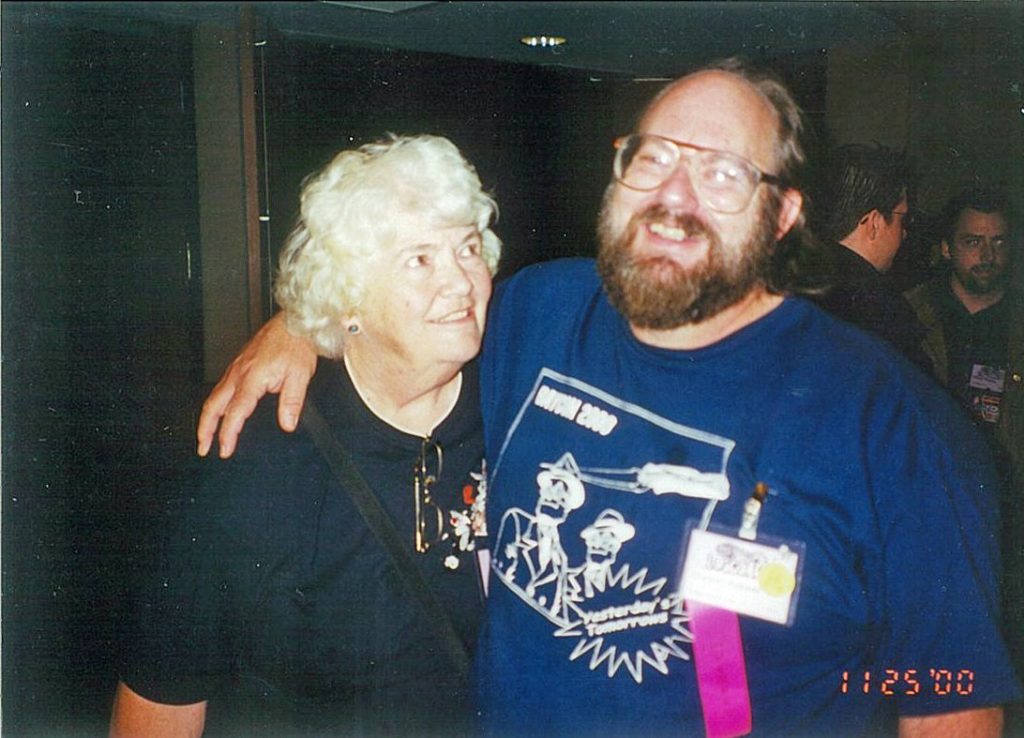 Joann and Dwain Kaiser at Loscon 2000. Photo by Dik Daniels.