By Carl Slaughter: Since 2004, Mike Shepherd has cranked out a novel per year in his Kris Longknife military space opera series, plus three novellas and various spinoffs. In the last story, Unrelenting, Kris and dozens of her shipmates get pregnant. The latest in the Kris Longkife series, Bold, came out in October. Emissary is set for 2017. Rebel, the fourth in the VIcky Peterwald spinoff series, came out in June. Kris is the daughter of an emperor and joins the Navy. Vicky is another princess who joins the navy. Kris kills Vicky’s brother, so Vicky tries to kill Kris.  Then the two become unlikely allies by saving Vicky’s father’s life. More spinoffs are set for 2017. 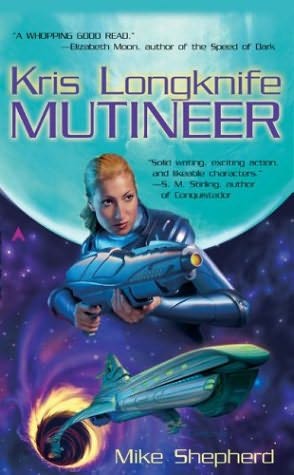 Kris Longknife is a daughter of privilege, born to money and power. Her father is the Prime Minister of her home planet. Her mother the consummate politician’s wife. She’s been raised only to be beautiful and marry well. But the heritage of the military Longknifes courses through Kris’s blood-and, against her parents’ objections, she enlists in the marines. 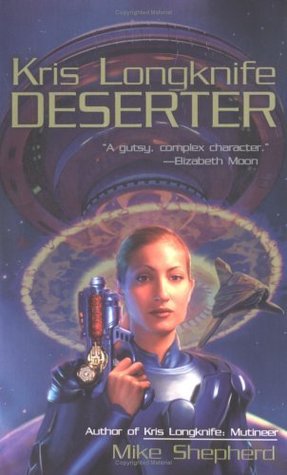 When Kris Longknife’s best friend vanishes, she boards the next ship to Turantic, the last place he was seen alive. But there’s more to the rescue than meets the eye. Turantic is not only the moss twisted hellhole in the galaxy, but it’s also under quarantine because of a deadly plague. And after a sudden, suspicious loss of communication with the outside world, Kris realizes the length some enemies will go to for a life-threatening bait-and-trap. But she is willing to go even further–and deeper into Turantic’s secrets–to survive… 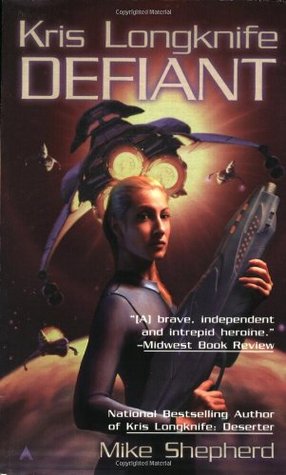 Born into a family of wealth and political power. Kris Longknife turned her back on high society and followed a different family tradition by joining the Marines.  Kris Longknife has gotten herself relieved of duty. She’s gotten in the wag of someone’s agenda–to bring down her father, the Prime Minister of Wardhaven. Now, with the fleet off on a propaganda mission. Wardhaven is left vulnerable to enemy warships that establish orbit around the planet demanding surrender. With the remnants of the fleet ordered to stand down. Kris declares herself Commander-in-Chief and plans a desperate gambit to defend her world. Commandeering every spaceworthy vessel she can get her hands on and recruiting every able-bodied person willing to risk their life. Kris leads the most important mission of her career–and it may be her last… 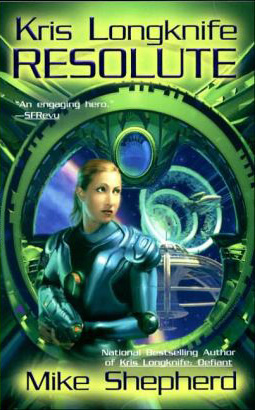 Kris Longknife has been given her first independent command in the very remote system of Chance, an assignment that’s as much exile as promotion.But Kris isn’t on the job long when she captures pirates hiding the location of an uncharted and unpopulated planet of miraculous technology. 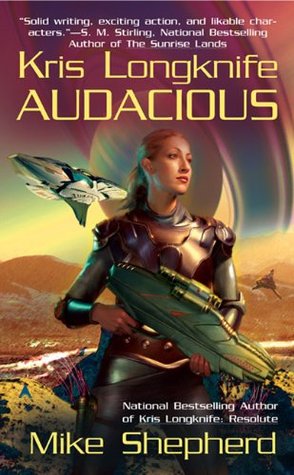 Kris Longknife once again finds herself caught in the crosshairs of unknown enemies who want her dead. Factions, both legitimate and underground, vie for control of the planet New Eden. And someone is taking advantage of the chaos to unleash a personal vendetta against Kris. 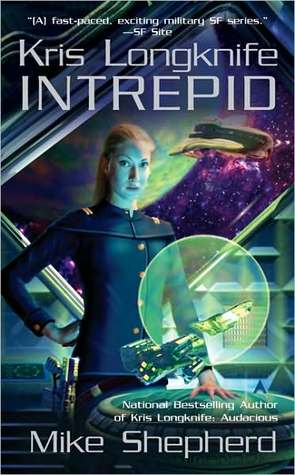 Kris Longknife has been assigned to The Wasp, the best warship beyond the Rim of Human Space. But while hunting for pirates, Kris stumbles upon something. It’s a plan to kill one of the members of the aristocratic Peterwald family?and the would-be killers are setting her up as the assassin. 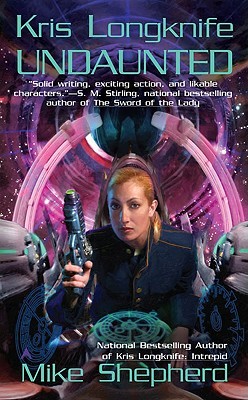 Kris Longknife encounters some peaceful aliens who have come to warn humanity of an unidentifiable force that is roaming the galaxy, obliterating everything in its path-a path now leading directly toward the human worlds. 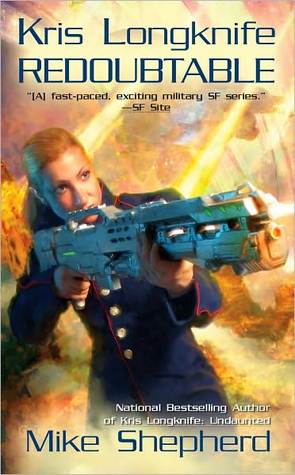 Lieutenant Commander Kris Longknife has precise orders: seek out, engage, and destroy pirates, slavers, and drug lords operating beyond the rim of human space-without interfering in Peterwald family affairs. But when slavers kidnap a twelve-year-old girl, Kris’s mission becomes personal. And if destroying the pirate compound flattens some Peterwald interests-well, to hell with politics. 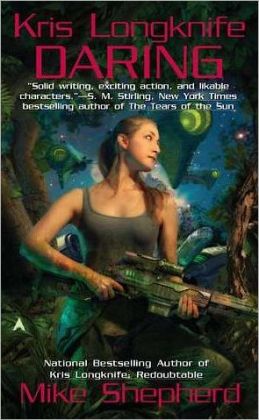 Lieutenant Commander Kris Longknife leads a reconnaissance mission of the vast uncharted regions of space. No one, least of all Kris, expects to find a hostile alien starship. Now, she must determine the extent of the alien threat-and whether to start an interstellar war… 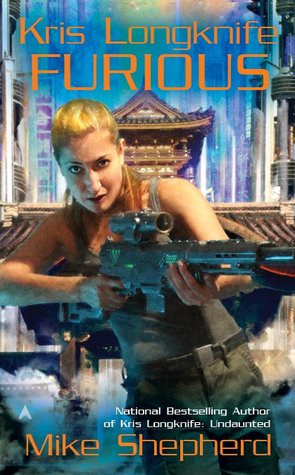 Having used unorthodox methods to save a world—and every sentient being on it—Lieutenant Commander Kris Longknife is wanted across the galaxy for crimes against humanity. For her own safety, she’s been assigned to a backwater planet where her Fast Patrol Squadron 127 enforces immigration control and smuggler interdiction.  But Kris is a Longknife, and nothing can stop her from getting back to the center of things—not when all hell is breaking loose. Now she’s on the run, hunted by both military and civilian authorities—and since the civilian authorities happen to be her immediate family, Kris soon finds herself homeless, broke, and on trial for her life on an alien world… 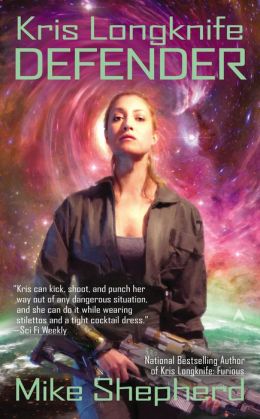 Kris Longknife is back in the good graces of the brass—and to demonstrate that, they’ve promoted her to Admiral. Now her mission is to find the home base of the space pirates who are plaguing the fringes of the galaxy.  But no mission is ever simple when your name is Longknife. And this time the complications range from the military to the personal, as Kris finds herself—reluctantly—having to make some command decisions about her future… 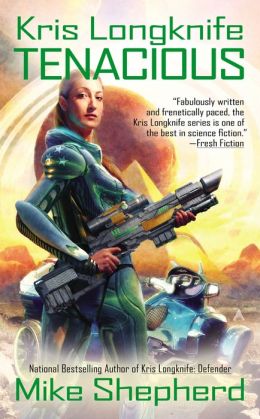 There’s no rest for a Longknife—even if you’re a newlywed. Vice Admiral Kris Longknife’s honeymoon gets cancelled when she hears that the space raider’s home world may have been discovered. Finding where the raiders came from could be the key to saving humanity. If only uncovering their secrets was that easy.  As Kris returns home, she ends up tangling with a mutinous crew determined to take off on their own. The dissident group leads Kris straight into a new mess—a system filled with strange, deadly enemies poised to wipe another sentient civilization out of existence. Kris and her squadron are ready to prevent total annihilation, but the mutineers have other plans. 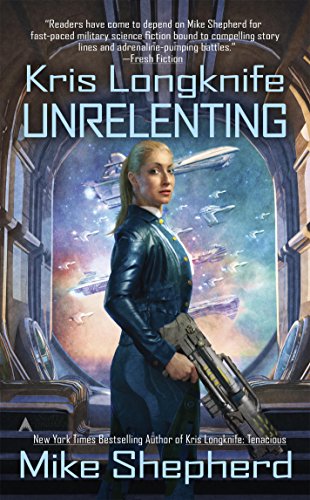 The aliens attacking the planetary system of Alwa are an enemy unlike any Admiral Kris Longknife has ever encountered before. She doesn’t know who they are, only that they worship a being known as the Enlightened One and are unafraid to sacrifice themselves against her fleet.  But Kris faces more than just the fanatical behavior of an alien armada. A saboteur has infiltrated the military’s medical facility and unleashed an epidemic that has spread throughout the fleet without warning.  Seventy-two career military women are down with something not even the aliens could do to them—including Admiral Kris Longknife.

Despite her role as a fleet Admiral and protector of a planetary system, Kris is still beholden to her great grandfather King Raymond’s commands. She has been personally selected for a mission that, should she succeed, will save millions of lives.  The Peterwald Empire is in the midst of civil war. On one side is the tyrannical Empress, on the other is the last person Kris ever wants to see again—Grand Duchess Vicky Peterwald. Due to their shared history, the Emperor believes Kris can mediate between the factions and bring about peace.  But before Kris even begins her mission, she survives multiple assassination attempts on her family home world. Someone doesn’t want her interfering in the Empire’s affairs. Kris immediately suspects Vicky or the Empress, only to learn that it could also be a traitor among her own people.