Two writers celebrating their birthdays on the 22nd at Mystery & Imagination Bookshop in Glendale – what could be more numerologically significant?

George Clayton Johnson will be 83. Earl Hamner Jr. is turning 89.

They have in common is that both wrote for Twilight Zone.

Hamner wrote for and produced The Waltons and Falcon Crest. 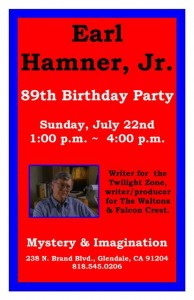 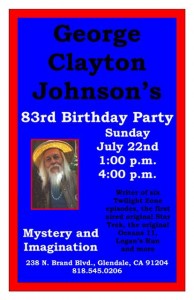