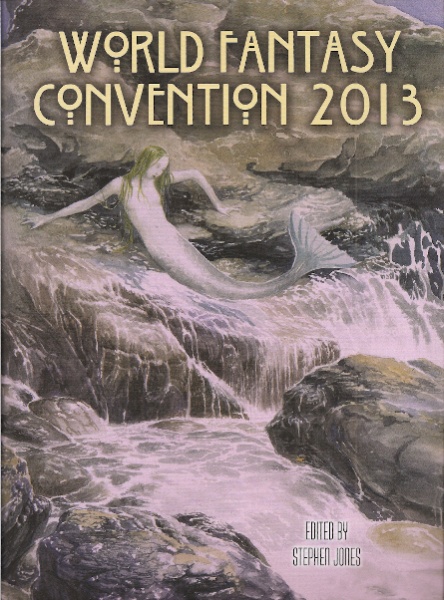 Flotsam Fantastique: The Souvenir Book of World Fantasy Convention 2013 edited by Stephen Jones was selected for the 2014 World Fantasy Award shortlist in the Anthology category – a classification Jones and the book’s co-creators object to so strongly they have withdrawn the title from consideration.

Despite our submission to the members of the World Fantasy Awards Board that Flotsam Fantastique: The Souvenir Book of World Fantasy Convention 2013 is not, in fact, an anthology, nor even a professional publication, they have chosen to reject our entreaty to move the title from “Anthology” into the “Special Award—Non-Professional” category, where nominations for the previous two souvenir books we produced were placed.

Amanda Foubister, Stephen Jones, and Michael Marshal Smith also say they have been unsuccessful in getting all three of their names properly credited on the nomination.

Therefore they have issued a press release taking their work out of contention for the award.

Given the Board’s intransigent attitude over both these concerns, we are unfortunately left with no choice but to withdraw the title from consideration. As much as we regret this action—we are inordinately proud of the book and all the work that went into it—we feel that there is no other course of action left open to us, given the Board’s refusal to modify its decisions in either of these matters.