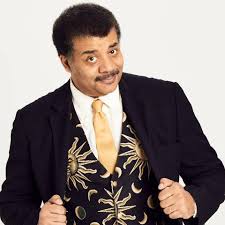 By Carl Slaughter: When Trump announced a space force, the late-night comedians had a field day.

But Neil deGrasse Tyson, who is this generation’s Carl Sagan, has been making the rounds of the talk shows to say that the idea of a space force is not fundamentally flawed.

I would go further.  Much further.

Tucked away in an article about China going to Mars and the Moon is a sentence that jumped out at me:  One of the craters on the far side of the Moon is iron rich.

But we will.  When we have lab confirmation that those resources are available and realize they are within our grasp, we’re going to decide to mine space, just as we decided to walk on the Moon, and we’re going to make it happen.

And that’s when we will have high-stakes claims wars  –  and sabotage and espionage and assassination.

Meanwhile, back on Earth, geopolitics and economies will go through upheaval in response to what’s happening in space.

Meanwhile, out in space, colonies will declare their independence, just as America and India did, and try to nationalize the resources they were sent there to mine.

Those mother countries are going to say to those colonists, “We financed that colony.  If you want to be independent, you can start your own colony.  If not, prepare to be executed, exiled, or imprisoned.”

It’s going to be something out of a science fiction story.  Yeah, there’ s gonna be space forces.  Forces plural.

The Pentagon, the Russians, and the Chinese have all demonstrated the capacity to shoot down satellites.  We have manned shuttles and manned space stations.  We have already landed on the Moon.  It’s only a matter of time, and probably in our lifetime, before Elon Musk or NASA or someone builds a colony on Mars.

Wormholes, FLT, mass transfer.  They are distant, but their day will arrive.

The day is coming when a space force will make as much sense as a police force, a naval force, and an air force.