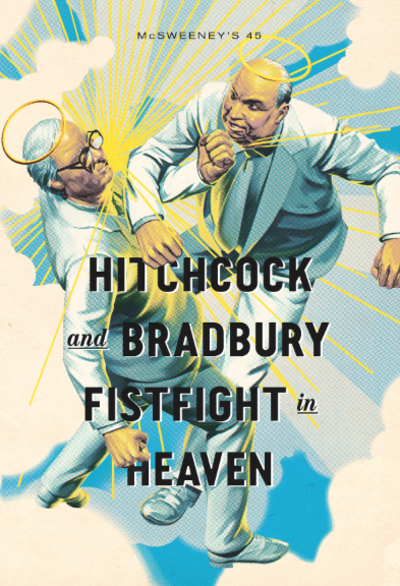 The premise of Timothy McSweeney’s Quarterly Concern’s 45th issue is simple enough – the editor reprints some fiction originally published in anthologies edited by Alfred Hitchcock and Ray Bradbury alongside “four FRESH, contemporary stories that we believe Mr. Hitchcock and Mr. Bradbury would have regarded fondly.”

And with a “knockout” cover like this it’s hard to begrudge McSweeney’s $24 asking price.

[Thanks to John King Tarpinian for the discovery.]