By Mark L. Blackman: On the evening of Tuesday, November 1, Samhain (rhymes with “how-when”), All Saints’ Day/All Hallows’ Day (following October 31, All Hallows’ Eve, and preceding November 2, All Souls’ Day) and the Day of the Dead (a three-day festival) – the New York Review of Science Fiction Readings Series launched (or “conjured”) a “pop-up sub-series” within that Series, the Margot Adler Memorial Readings. This inaugural edition, held at the Series’ venue, the Brooklyn Commons Café in Downtownish Brooklyn, featured Terence Taylor (who served also as guest curator and semi-retired Tech Director) and Sabrina Vourvoulias. 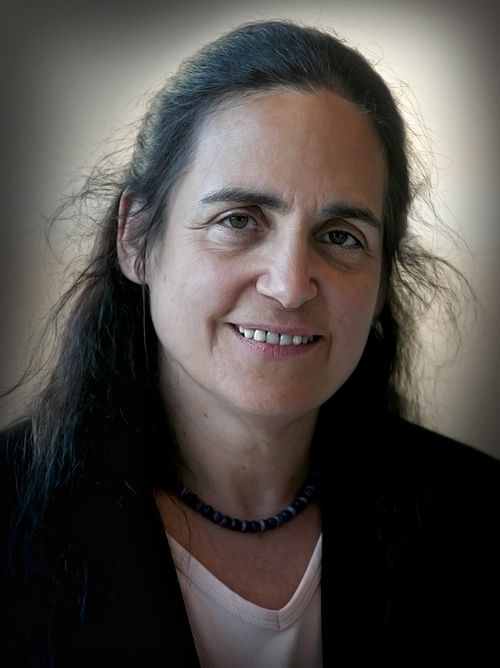 The evening opened as ever with executive curator Jim Freund welcoming the audience, cautioning that we were on Livestream. After briefly reporting upcoming happenings at the Café, including a pre-Election gathering and a visit by Green Party Presidential candidate Jill Stein, Freund announced future readers:

Moving along to the theme of the night’s readings, Freund observed that it was an appropriate day to initiate the Margot Adler Memorial Readings. On Samhain, like the Latino Christian Day of the Dead, he enlightened us, the veil between those who’ve passed on and our plane of existence is thinnest. He spoke at length, and with deeply heartfelt sentiments, about how Margot Adler had been a big part of his life for nearly five decades, far beyond originating in 1972 the radio program on sf and fantasy that he inherited and still hosts, Hour of the Wolf. (The live program, which took its name from the iconic Ingmar Bergman film, broadcasts and streams every Thursday morning – or, for those who haven’t yet gone to bed, Wednesday night – from 1:30-3 am on WBAI, 99.5 FM.)

He only had time to touch on her remarkable career and achievements:  broadcast journalist (on KPFA, the original Pacifica radio station, on WBAI, and on NPR’s All Things Considered and Morning Edition), Wiccan (he suggested that he may have introduced her to Neo-Paganism and called her “the Queen of Wicca of North America”), political activist, reviewer and author (Drawing Down the Moon and Vampires Are Us). It is fitting that the Series remembers her as Adler had been a speaker and guest host at a number of NYRSF readings, particularly if they involved one of her more recently acquired passions, vampire stories. In her latter years, she had become “obsessed” with vampires and vampire novels, reading and writing capsule reviews of some 300 (culminating in her aforementioned book), and how their popularity in different eras reflects (even if vampires can’t cast reflections) society. Summing up, he said, “her interests ranged far and wide, and any of these diverse interests will be the subject(s) of these readings.” He regretted that he (ironically) had forgotten to bring rosemary to pass around (“rosemary for remembrance”). “Blessed be,” he intoned. 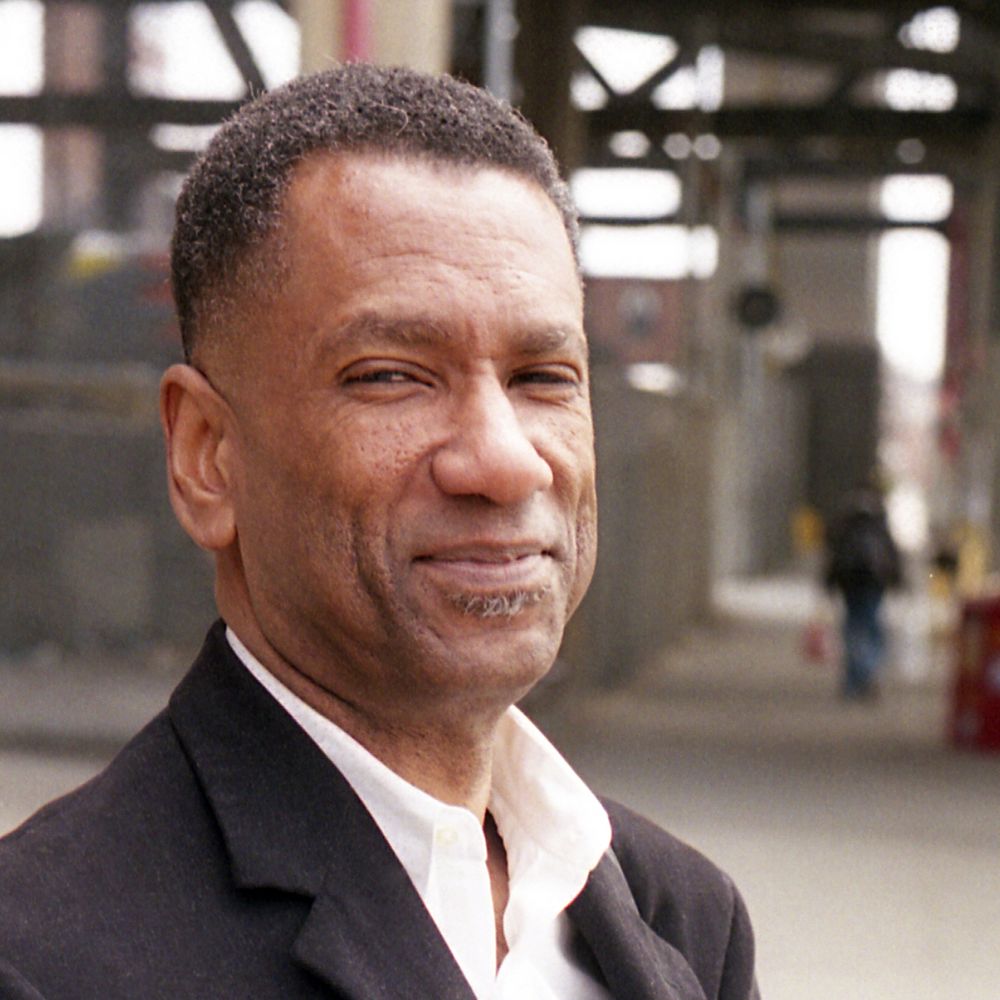 With that, he turned emceeing duties over to the guest host and first reader, Terence Taylor, a familiar face at NYRSF readings, and an award-winning children’s television writer who has joked that “after a career of comforting young kids, [is] now equally dedicated to scaring their parents.”  His offering came from his work-back-in-progress Past Life, the conclusion of his trilogy “The Vampire Testaments,” which began with Bite Marks and continued with Blood Pressure. (Margot, he noted, had lauded the novels and was looking forward to the next volume; he regretted that he hadn’t completed the trilogy in time for her to have read it.)

In the selection that he read, vampire Turner has, after witnessing Germany’s horrors, become an unofficial agent for the OSS (the World War II predecessor of the CIA) and has trailed two Nazi agents back to America and, following an altercation with them on a train (they ejected him from it, which they should not have been able to do), turns up on the 1941 Hollywood doorstep of writer (and folklorist/anthropologist) Zora Neale Hurston on the night of October 31, seeking advice. (The Nazis’ plot, he let slip during the intermission, is rooted in magic – more than that I won’t give away – and they find common cause with the Klan; Taylor found following real-world connections fascinating.) The prospect of having the two (Zora and Turner) meet up again (she had been present the night that he turned) had inspired Taylor to go back to working on the third book. In an aside, he noted that he had listened to recordings of her and reported that he would be lecturing on Hurston and voodoo at the Museum of Morbid Anatomy in Brooklyn on February 2.

Taylor additionally read five pages (“that’s all you get for free”) from his story that ran in the anthology (edited by John Joseph Adams and Douglas Cohen) What the #@&% Is That? (the title is pronounced as “What the Gravlax?” – the symbols used in comics to indicate cursing have been dubbed “gravlax,” like the Scandinavian sushi). The story, “The Catch,” he said, turns from horror to sf, as a mad vivisectionist who cuts up couples (“catch” is as in “the catch of the day”) finds something alien in a victim.

During the intermission, a raffle was held for those who donated to the Series (admission is free, with a suggested donation of $7, which is very likely to be rising as the Series pays to rent the space and to treat its guests at the Café). The prizes were identical flash drives featuring Hour of the Wolf broadcasts with Freund and Adler. Taylor then introduced the evening’s second reader. 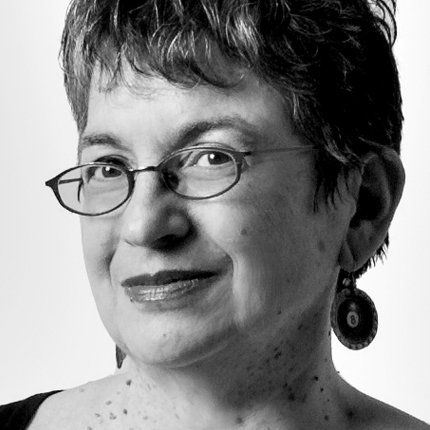 Sabrina Vourvoulias is the author of Ink, a parallel universe/near-future novel set in a fictional city and rural town in the U.S. that draws on her memories of Guatemala’s armed internal conflict and of the Latina/Latino experience in the United States (she is an American citizen by birth but grew up in Guatemala), and of stories that have appeared at Tor.com and in Strange Horizons, Crossed Genres and a number of anthologies (including The Best YA Speculative Fiction of 2015 and Latino/a Rising), as well as articles in various Pennsylvania periodicals and posts on her blog Following the Lede.

The piece that she read, “Flying With the Dead,” was the first speculative fiction story that she ever sold (it appeared in Crossed Genres), was about magic circles. (In another “magic circle,” she noted that the term “illegal immigrant,” which had been renamed “undocumented immigrant,” had, in the current political climate, sadly gone back to “illegal immigrant.”) In keeping with the evening’s theme, the story was set on the Day of the Dead and centered on an assimilated Latino (his feelings about his heritage are symbolized by a box from his late mother that he carts around but has never opened) who works for the ICE (Immigration and Customs Enforcement) and uses his background to help round up “illegal immigrants” (he’s “good at it”), a job which becomes complicated when he’s drawn to a Guatemalan girl. We were introduced to Día de Muertos customs and festivities (cemeteries become picnic grounds, “barrios of the dead,” food is left at graves and kids fly kites), and it is implied that the immigrants’ migration north reflects that of the Monarch butterfly and in turn the flight of the souls of the dead.

Afterward, the readers and some audience members availed themselves of the Café’s menu.