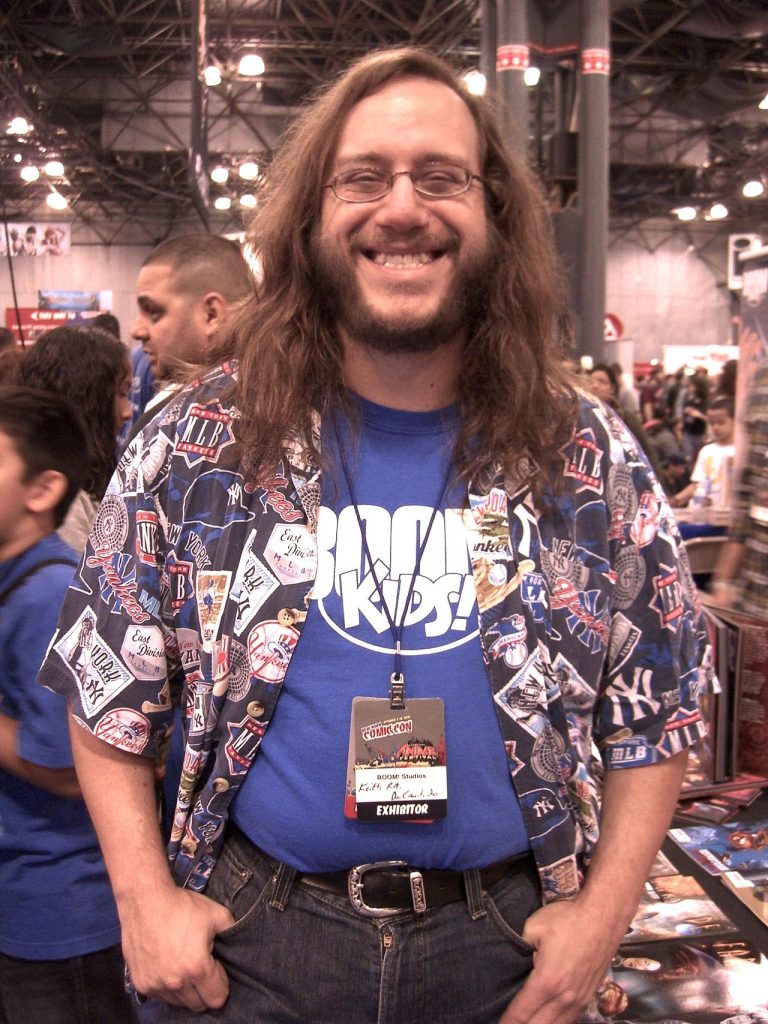 By Mark Blackman: On the evening of Thursday, Sept. 8, 2016 (or Star Date [-27] 04610.00), the New York Review of Science Fiction Readings Series boldly commemorated the 50th anniversary of the premiere of Star Trek on NBC-tv with a stellar crew of writers reading from their or others’ Trek-related works and performing a comedic skit about Trek Fandom.  (Fittingly, the day was as hot as Vulcan.)  The event, opening the Reading Series’ 26th season, and held at its current venue, the Brooklyn Commons Café, located in the Alpha Quadrant near the Romulan Neutral Zone and the Barclays Center, was guest-curated by Keith R.A. DeCandido, the author of 16 Trek novels (several of them best-sellers), 13 novellas, seven short stories, six comic books, and the coffee-table book The Klingon Art of War, as well as articles, reviews and overviews on Star Trek.

The voyage began with a welcome from producer/executive curator Jim Freund, longtime host of WBAI-FM’s Hour of the Wolf radio program on sf and fantasy, and giving a rundown of upcoming readings:  On Sept. 27th (the last Tuesday of the month), readers will be N.K. Jemisin (“the award-winning N.K. Jemisin,” he beamed) and Kai Ashanti Wilson.  Nov. 1st – all Souls Day, the day after Hallowe’en – will debut the Margot Adler Memorial NYRSF Readings Series, with Terence Taylor its first guest curator.  (Margot was the original host of Hour of the Wolf; the Series’ topics might range from vampires – in her later years, she became addicted to the genre, reading 325 vampire novels, and, in fact, once guest-curated a NYRSF Reading spotlighting the creatures of the night – to Faerie to Wicca and psychology.)  One of the readers on Tuesday, Nov. 15th will be Kij Johnson.  Also reading in November will be Matthew Kressel, Alyssa Wong and Madeline Ashby.  December will, as traditional, feature a Family Night, with readings by Ellen Kushner and Delia Sherman.

Continuing, Freund plugged a variety of CDs from Skyboat Media for sale, including a 13-volume set of his interviews over the years, and, marking Star Trek’s 50th anniversary, Harlan Ellison’s full-cast original teleplay of “The City on the Edge of Forever” (which is not what aired on tv).  He also noted that, as it happens, Gordon Van Gelder, the first curator of the NYRSF Readings Series, was born on the very date that Star Trek broadcast its premiere episode, “The Man Trap” (aka “The Salt Monster”).

(Curiously, there was, I observed, what might be called a generation gap, with some in the audience – and even of the readers – having never seen the show in its original run and had watched it only in its syndication on local stations, demonstrating Trek’s enduring appeal.  The other generation gap – between the classic and the subsequent series – never really arose.)

In due course, Freund turned the podium over to guest host Keith DeCandido, who described himself as “a Star Trek fan since birth, having grown up watching the show in reruns on Channel 11.”  (Coincidentally, he remarked, it was also the 47th anniversary of the premiere of the underrated animated series.)  Star Trek, he extolled, gave us “a wonderful future,” where Earth – where humanity – had come together and was working together in space.  It was the era of the Civil Rights Movement and the Cold War, and here were an African-American, an Asian and a Russian (not to mention an alien) as part of the crew. 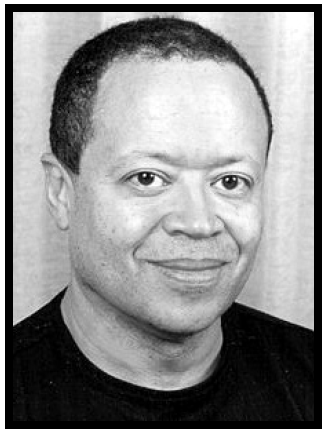 That diversity was an apt introduction to his pre-recorded interview with Steven Barnes. Barnes is a New York Times bestselling author who has written comic books, animation, newspaper copy, magazine articles, television scripts – from Stargate SG-1, The Outer Limits and Andromeda to Baywatch (that’s a fantasy, right?) – and three million words of published fiction (including the novelization of the Star Trek: Deep Space Nine episode “Far Beyond the Stars,” the alternate history Lion’s Blood, and collaborations with Niven and Pournelle), and has been nominated for the Hugo, Nebula, and Cable Ace awards, and received the Endeavor and the NAACP Image Awards.  Regrettably, the recording was badly glitched (Keith probably forgot to open hailing frequencies before Skyping), and DeCandido was obliged (with profuse apologies to us and to Barnes) summarize his talk about writing and about race on ’60s tv.  Barnes respected the intent of “Let That Be Your Last Battlefield” (Frank Gorshin and Lou Antonio in split black/whiteface), what they were trying to do, though it looks ridiculous now.  (Isn’t that a satisfying sign of progress since?)  He also discussed the importance of black characters equal with and alongside whites on Trek, Mission: Impossible and I Spy, and of having Benjamin Sisko (Avery Brooks) as a nonwhite lead on a genre show. 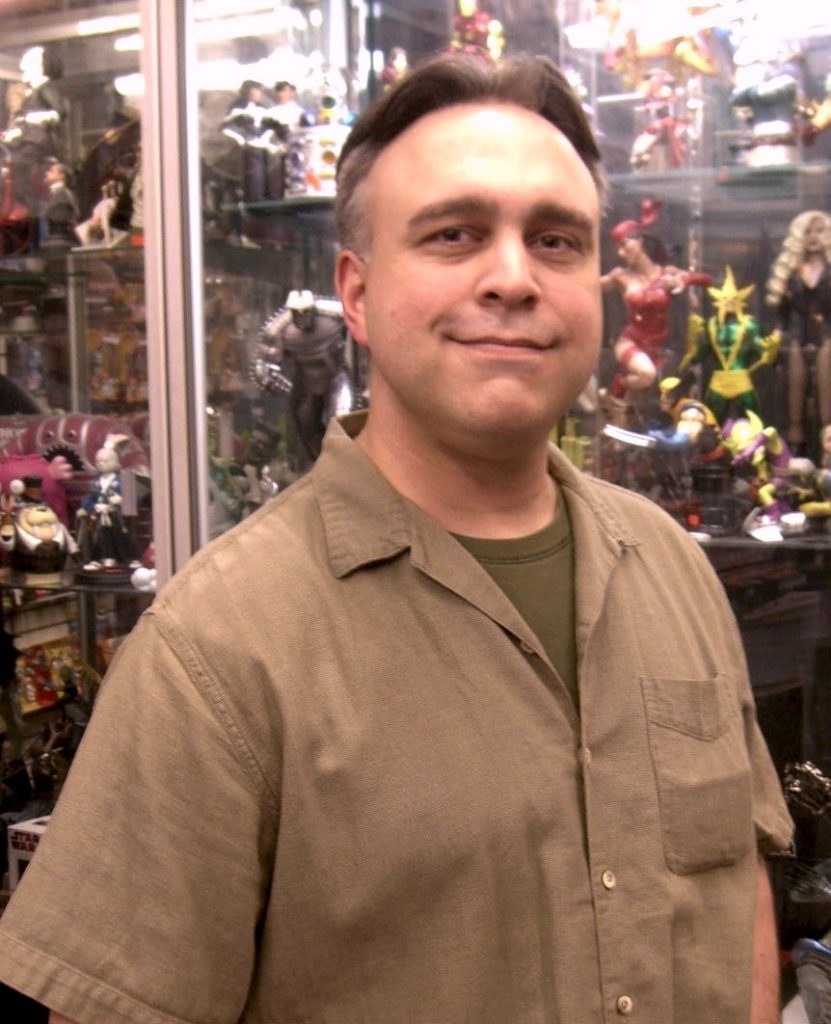 There being fewer technical glitches in a live reading, DeCandido introduced the first reader, David Mack, a New York Times bestselling author of roughly 30 sf, fantasy and adventure novels, including the Star Trek Destiny and Cold Equations trilogies, and the forthcoming Star Trek: Legacies, Book II: Best Defense, part of a new trilogy celebrating the franchise’s 50th anniversary.  Mack’s offering departed from The Original Series as it was set in the Next Generation era several years after Nemesis.  The Enterprise follows clues to a planet where someone has been cranking out copies of Lore – Dr. Noonian Soong, they learn, who has uploaded his consciousness into an android body.  Soong is soon laboring to resurrect Data (B-4 may have Data’s memories, but not his “soul” or his emotion chip), even at the cost of his own existence.  (Mack did a delightful Worf, by the way.) 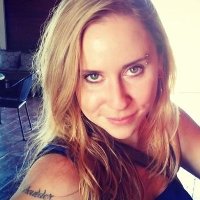 Next up was Emily Asher-Perrin, who described herself as a kid as “a great big geek who preferred to talk about robots and aliens and lightsabers and magic,” and who works on the internet, notably on Tor.com, “talk[ing] and get[ting] excited about all the science fiction and fantasy that she loves most.”  She read a couple of scenes from Jean Lorrah’s The Vulcan Academy Murders; in the first, Kirk, Spock and McCoy are on Vulcan, and have joined Sarek and Amanda’s healer for dinner at an Italian restaurant (meatless, of course – vegan Vulcans, you know); and in the second, they are at a funeral (spoiler:  no, not Amanda’s), where they encounter T’Pau, the Vulcan matriarch from “Amok Time.”

During the intermission, people grabbed a bite (happily, the Commons Café did not offer gakh) and a raffle was held for a flash drive that might be called a mix tape, including miscellany like Shatner’s rendering of “Rocket Man” and bridge sound effects, and for two tickets to an astronomy lecture at the Intrepid on Saturday the 10th.

The second half of the program opened with a comedic skit by another New York Times bestselling Trek novelist, Dayton Ward (who was not present).  Set in a movie theater “somewhere in the U.S.” on June 9, 1989 where Star Trek V: The Final Frontier is about to begin, a group of Trek fans (the word “Trekkie” was never, never uttered all evening), played by Keith, David, Emily and Jim (typecasting) schmooze about – and one persistently pans – the year’s sf movies, and Batman.  (Some ironic humor was derived from what we know about subsequent films.)  Plus ça change …

Finally, DeCandido, drawing from his “Federation version of The West Wing,” delivered the Federation President’s commencement address to Starfleet Academy in the wake of the events of Nemesis.