(1) THAT FONT. The following video about comics lettering is via Mark Evanier’s News From ME, who recommended it while also offering one correction:

The gent who did it knows a lot about his subject but no one seems to have told him that nobody in the business ever refers to the shape around the words as a “bubble.” It’s a “balloon.” The word “bubble” refers to the bubble shapes that serve as a pointer on a scalloped-edge thought balloon (one that tells us what someone is thinking rather than what they say).

The Bomb.  Since its creation and use in 1945, it has overshadowed our world.  For the first time since we descended from the trees a million years ago, humanity had the means to destroy itself in one blow.  It can’t help but influence our culture, our politics, our nightmares.  It is no surprise that atomic holocaust has figured prominently in our visual and printed media.

Last weekend, at a pre-premiere in Los Angeles, my daughter and I watched The Flight that Disappeared, the latest film to draw inspiration from the universal fear that is nuclear annihilation.

(3) COMMUNITY STANDARDS. I learned from Patrick Nielsen Hayden’s reaction comment that a Jim Wright post had been taken down.

What the fuck, Facebook, deleting Jim “Stonekettle” Wright’s eloquent post against the death cult of compulsory 9/11 “patriotic” observance for “not meeting community standards.”

I was here in NYC when the towers came down. Their ashes fell on my neighborhood. Facebook can kiss my New York ass.

It wasn’t even the first viral post I wrote this week, or the first to offend a certain segment of America.

And many people were offended.

Oh, yes, they were offended.

Those who beat their fleshy chests and wave the flag in righteous unending fury and bleat most bitterly about “Freedom” and “Liberty” and “Patriotism” were the most offended.

Because aren’t they always?

When that didn’t work, they complained to Facebook in righteous anger, furiously waving their little flags.

Because that’s what you do when you love “Freedom” and “Liberty” and “Patriotism” — not the real freedom and liberty and patriotism but the jack-booted goose-stepping version where everybody is lined up and made to salute the flag with a gun to the back of their necks.  The kind of “Freedom” that’s administered by serious men of pure Aryan descent with death’s heads and lightning bolts on their collars.

Wright’s new post quotes the text that was taken down, which reads in part:

You goddamned right. We. Win.

Every year on this day we bathe in the blood of that day yet again. We watch the towers fall over and over. It’s been 15 goddamned years, but we just can’t get enough. We’ve just got to watch it again and again.

It’s funny how we never show those videos of the bombs falling on Baghdad today. Or the dead in the streets of Afghanistan. We got our revenge, but we never talk about that today. No, we just sit and watch the towers fall yet again.

(5) GOOD TASTE IN PODCASTS. Scott Edelman posted three more episodes of Eating the Fantastic while the Scroll was on its medical hiatus. 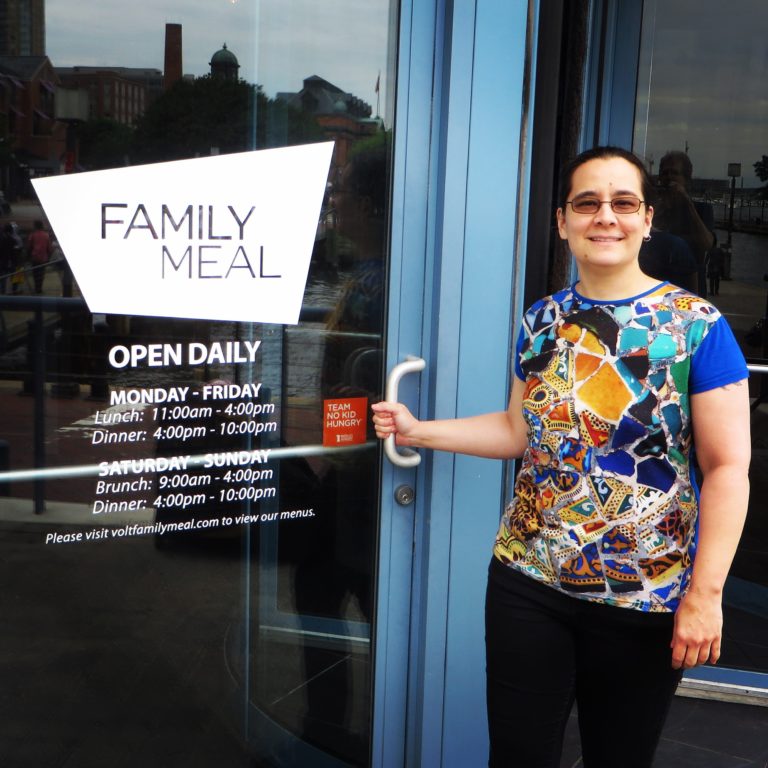 Cecilia and I discussed how her self-published Telepaths Don’t Need Safewords gave birth to the Circlet Press empire, the advice she received from Tor publisher Tom Doherty, her love for the Legion of Super-Heroes, the lesson you should learn from the fact mass market publishing finally caught up with what she’d been doing all along, and much more. Plus a few things you might not know about her, such as her teen presidency of the largest Menudo fan club in the English-speaking world! 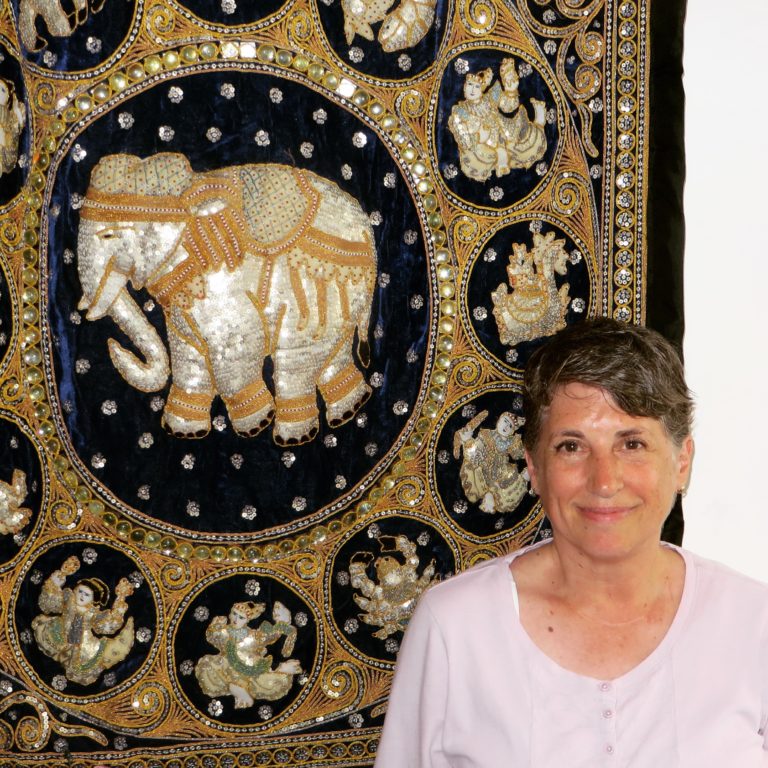 Joining me was Resa Nelson, whose story “The Dragonslayer’s Sword” I published in the first issue of Science Fiction Age. My decision to purchase the story was validated when at the end of our first year, I tabulated thousands of subscriber surveys and discovered readers had voted that tale their second-favorite story—and their #1 fantasy.

We discussed how the short story of hers I’d published in Science Fiction Age grew into not just a single novel, but a series of novels, why she watches the Japanese movie The Mystery of Rampo before beginning any new writing project, what she learned from the hundreds of film interviews she did for Realms of Fantasy magazine, and more. 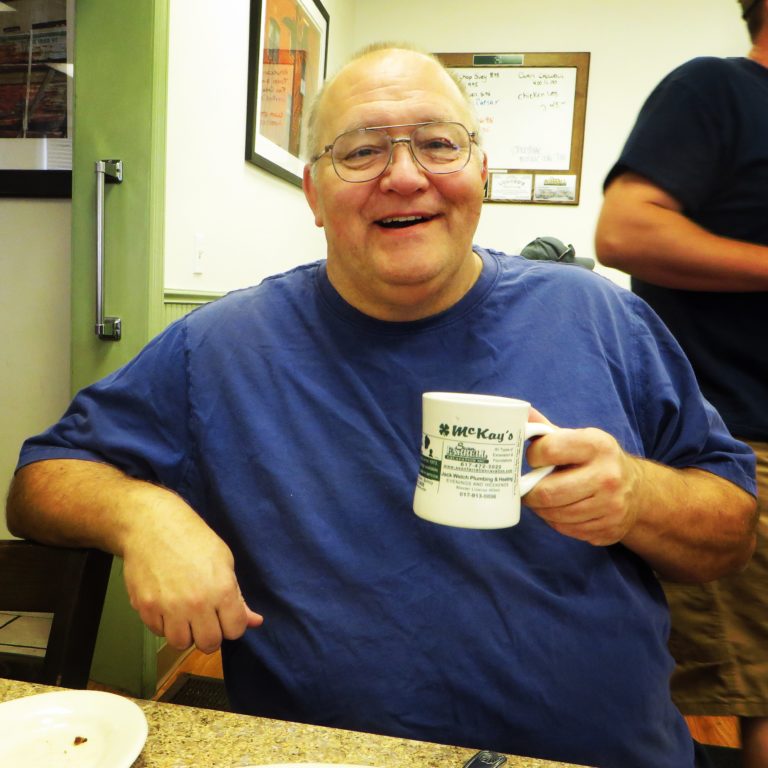 So when it came time to seek out a good setting in Quincy, Massachusetts to chat during Readercon with six-time World Fantasy Award-winning and three-time Shirley Jackson Award-winning writer Jeffrey Ford, whose new short story collection A Natural History of Hell was recently published by Small Beer Press, I looked for something off-site and more authentic.

And found it in McKay’s Breakfast and Lunch. When I read a review about “a popular townie joint” that served food which was “simple and straightforward (no creme brulee French toast or maple ganache cinnamon bread here),” I knew I’d discovered a spot with some character. So that’s where I took Jeff.

We talked about how being edited by Jennifer Brehl made him a better writer, what it was like to be taught by the legendary John Gardner, why he admitted “I don’t really know dick about science fiction or fantasy,” and much more.

(6) LOOKING SHARP. Just spotted Heather Rose Jones’ tweet for the first time – it made me think there’d been an MGM musical version of the Hugo acceptance speeches.

Ran into John Hertz on a street corner on his way to the Hugo winners party with Mike Glyer’s awards. 1/3 pic.twitter.com/LShVhTSvAi

(7) EGOSCANNING. Hey, I also got a call-out from John Z. Upjohn!

Best fan writer goes to Mike Glyer, that weasel who had the temerity to directly quote and even link to unflattering things Puppies said

(8) EISNER SELECTION. All this discussion of Dragon Con’s new Dragon Awards led me to remind myself how San Diego Comic-Con’s Eisner Awards are picked. The nominees are juried.

Who votes for the Eisner wards, and how are vote cast?

Once the nominees have been chosen, voting will open on the online ballot site, www.eisnervote.com. This usually occurs in mid-April, with a voting deadline in early June. Voting is open to comic book/graphic novel/webcomic creators (writers, artists, cartoonists, pencillers, inkers, letterers, colorists); all nominees in any category; comic book/graphic novel publishers and editors; comics historians and educators; graphic novel librarians; owners and managers of comic book specialty retail stores.

(9) RAISING AWARENESS. On Facebook, Gail Martin has set up a group and enlisted a large number of authors to support an initiative:

We don’t know, but we’re going to find out.

#HoldOnToTheLight is a blog campaign encompassing blog posts by fantasy and science fiction authors around the world in an effort to raise awareness around treatment for depression, suicide prevention, domestic violence intervention, PTSD initiatives, bullying prevention and other mental health-related issues. We believe fandom should be supportive, welcoming and inclusive, in the long tradition of fandom taking care of its own. We encourage readers and fans to seek the help they or their loved ones need without shame or embarrassment.

[Thanks to Scott Edelman, Tak Hallus and John King Tarpinian for some of these stories. Title credit goes to File 770 contributing editor of the day Cally.]