The Pasadena Museum of History celebrated the city’s 132nd birthday on June 3 with an event drawing its theme from the Museum’s popular exhibition, “Dreaming the Universe: The Intersection of Science, Fiction, & Pasadena”. John King Tarpinian was on hand to snap some pictures. 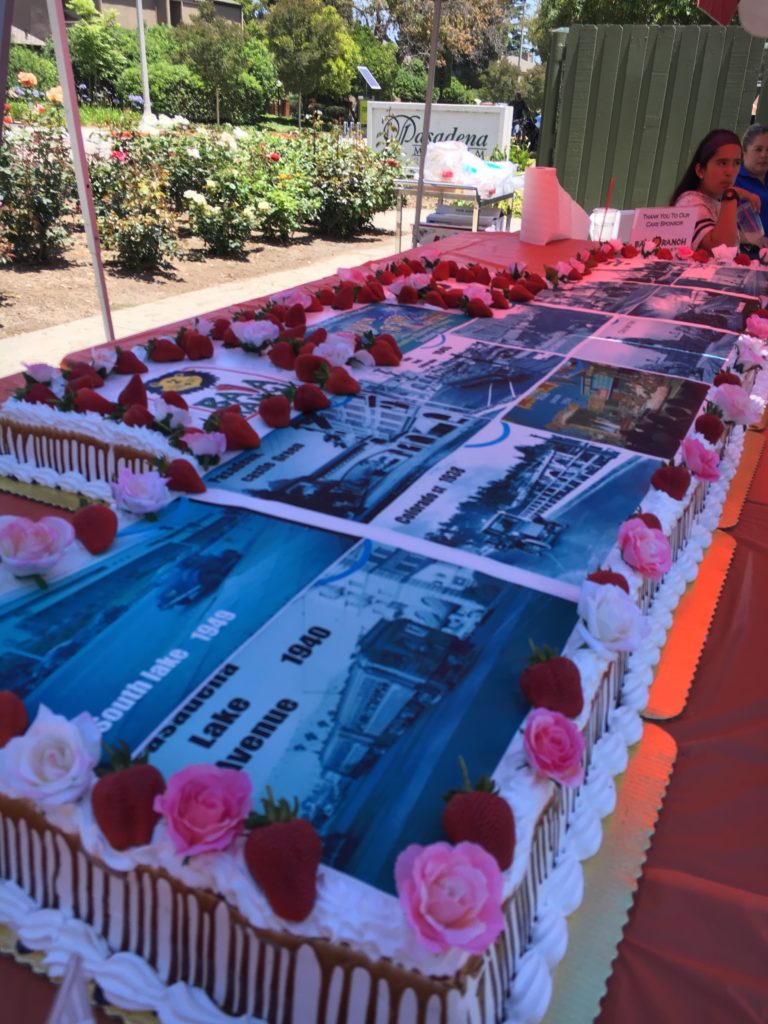 The exhibition, which continues through September 2, is filled with interesting relics, documents, art, and costumes.

“The biggest thrill for me in the exhibit was getting pieces of art, including a painting Wendy Fletcher did for the cover of the program book for the World Science Fiction Convention in the early 1970s that she didn’t even know still existed,” explains Smith. “The other one that had special meaning for me was a piece by artist Hannes Bok, which was not his real name but he had become estranged from his family and did all his artwork under that pseudonym. He died in the 1960s, and we got two color pieces of his including one from the Magazine of Fantasy and Science Fiction.

“It was an illustration for a story by Robert Zelazny and it was the first magazine I bought new at a news stand because of that cover,” adds Smith. “He hung out at Clifton’s [Cafeteria] with Bradbury and other writers and was talked into going to the East Coast and becoming a professional artist for 50 years as a result.”

Southern California ushered in the Rocket Age in 1936 with the first rocket tests in Pasadena’s Arroyo Seco. The growth of the aeronautics industry in the area was closely paralleled by the growth of the creative science fiction community. Dreaming the Universe will examine visionary creators – Ray Bradbury, Octavia Butler, Frank Kelly Freas, Syd Mead, Emil Petaja, and Edgar Rice Burroughs – and the books, fanzines, art, and media they created. Attention will also be given to the fans of science fiction, individuals such as Forrest Ackerman, as well as fan organizations.

Private collections and institutions from near and far have generously loaned material for the exhibition. For the first time ever, a group of paintings from the Korshak Collection, an East Coast-based private collection of American and European illustrations of imaginative literature, have traveled to California. This loan features the work of legendary illustrators with ties to Southern California: Hannes Bok, Kelly Freas, and Edward Emshwiller. Neighboring institutions JPL, Carnegie Observatories, and Caltech have opened up their archives to PMH, with loans including pages from Dr. Charles Richter’s Star Trek fan book. Southern California’s rich television and motion picture history is represented by loans from Syd Mead, NBCUniversal, and Western Costume Company. These loans include costumes, props, and art from iconic productions such as Battlestar Galactica (1978/9), Planet of the Apes (1968), 2010 (1984), and a costume of “a strange visitor from another planet who came to earth with power and abilities far beyond those of mortal men.” Rare and unusual material from other collections and organizations make this exhibition a treat for all audiences.