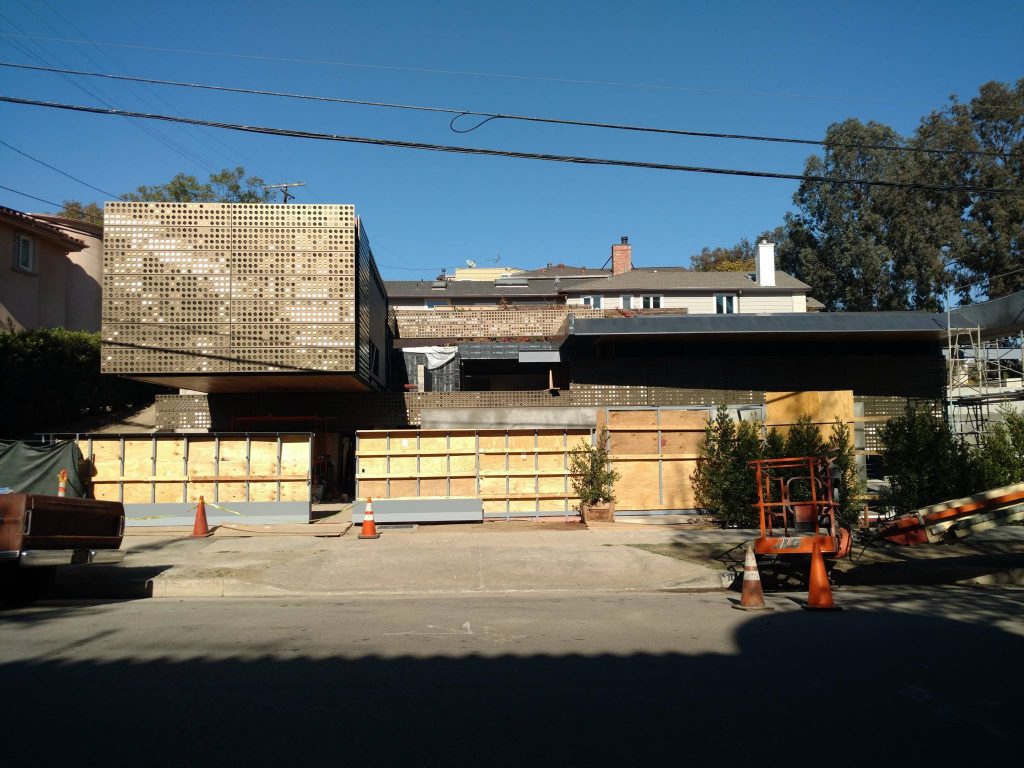 On the quiet tree-lined streets of Cheviot Hills in Los Angeles there is the new house being built on Ray Bradbury’s old lot.

In November, Pat Rogers made a pilgrimage to see what the new owner is doing. She wrote, “The owner said he bought in that area because he liked the quaint charm of the neighborhood. Which is now a little less quaint and charming. He also just had the last tree over the sidewalk cut down. Sigh. So it goes.”

John King Tarpinian’s photos of the Bradbury house being torn down went viral in January 2015. 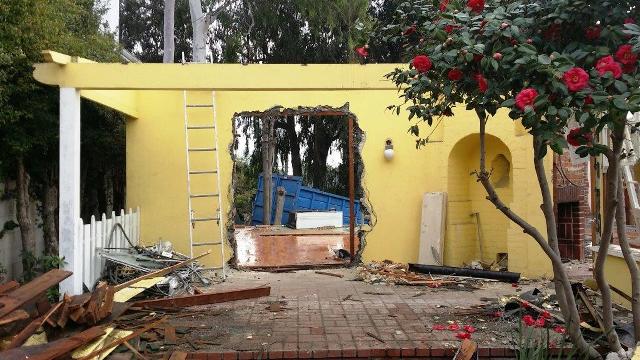 The property had been acquired by Thom Mayne – a famous LA architect — and his wife, Blythe Alison-Mayne. They discussed the plans for their new house with a KCRW reporter a week after the teardown.

DnA: What are you planning to build? On the blogosphere one of the terms that’s being thrown around is McMansion.

BM: That is so, so wrong. It’s the exact opposite of a McMansion.

We are building this really, really modest house. Most of it is landscaping.

It’s really interesting because the ground is being excavated and the house is going down below the level of the ground, a lot of it, not all of it. We come up only four feet from the ground level.

TM: If you look at the maximum envelope which everybody’s building, we are we are building only 20 percent of the volume that we are allowed to build so it’s actually an anti, a super-anti-McMansion.

Blythe also said, “There is a wall that we will design that will be seen from the outside of the house and all of the titles of his books will be embedded in this wall.”

How does it look right now?

Pat Rogers said, “If I put aside my bias about Ray’s house being torn down and take it as interesting architecture (the metallic looking walls may be adapted solar panels) — I would still have a problem with it in this neighborhood. Maybe if it was located out in the desert near Palm Springs or on Mars, it would be OK.” 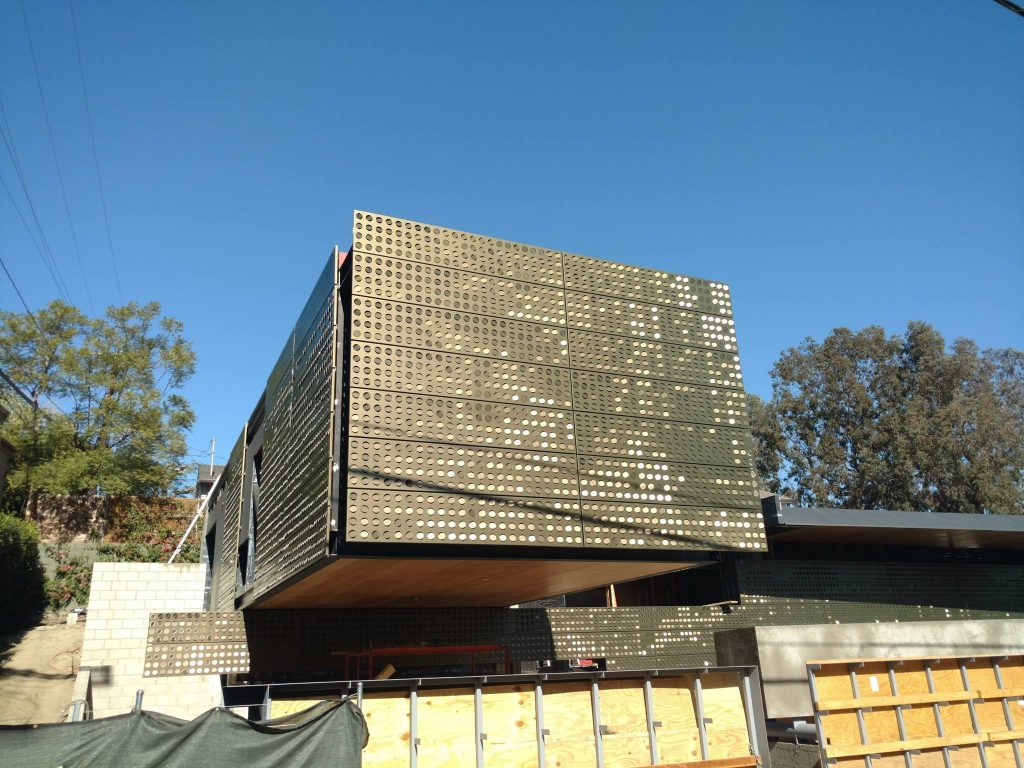 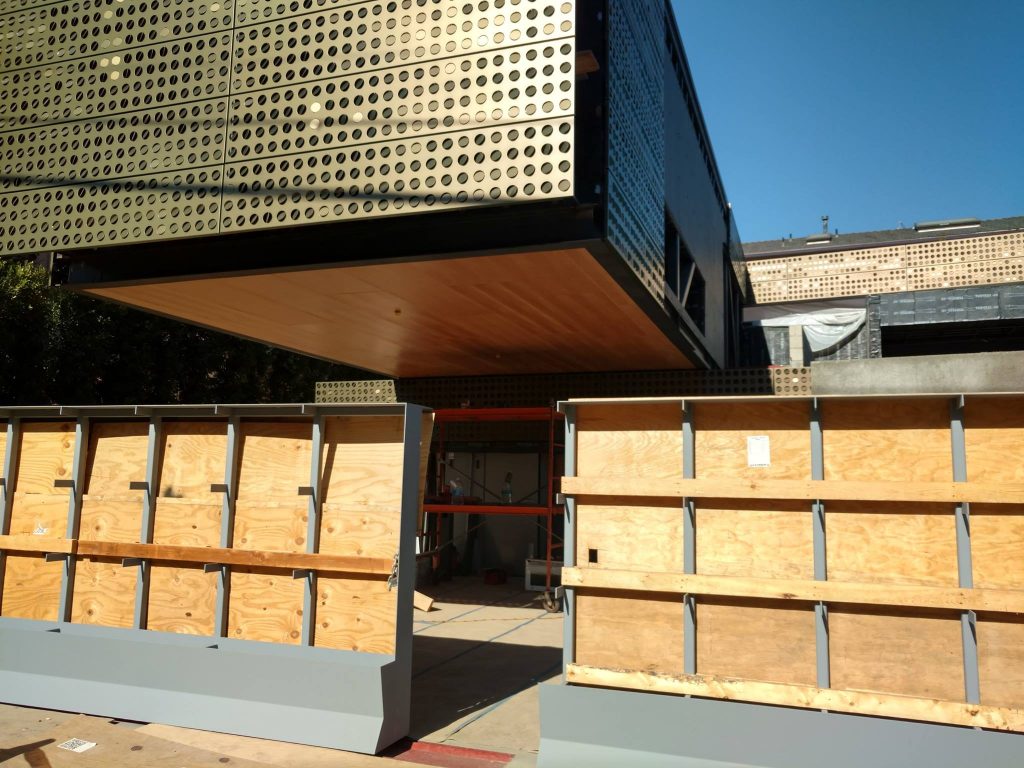 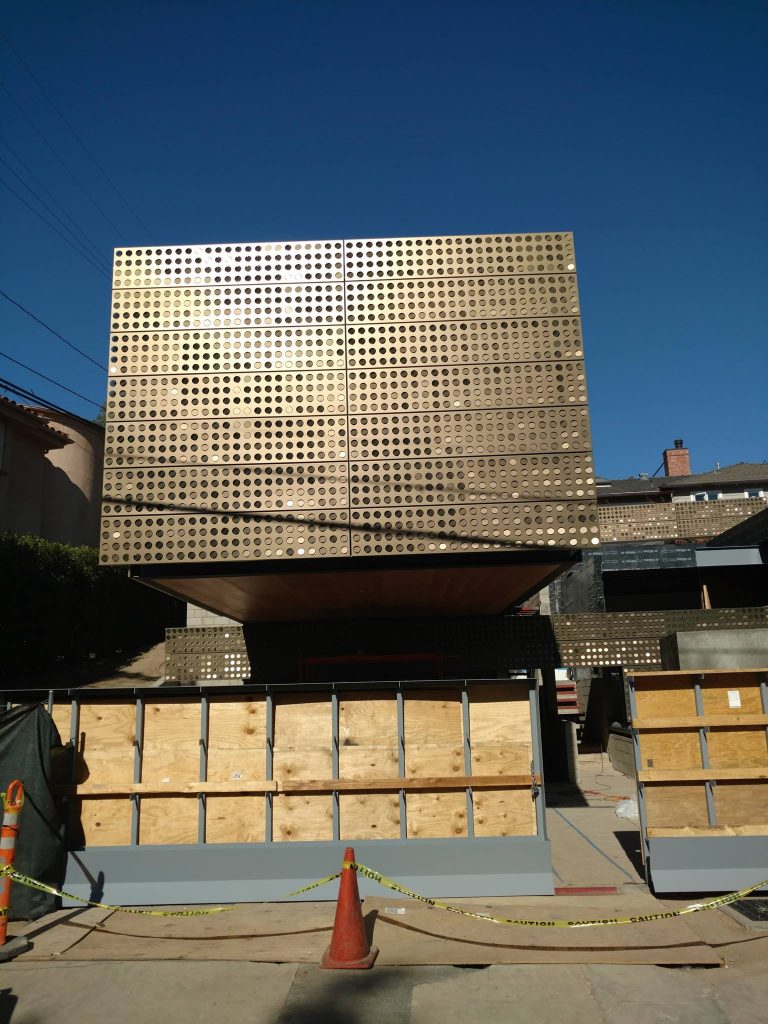 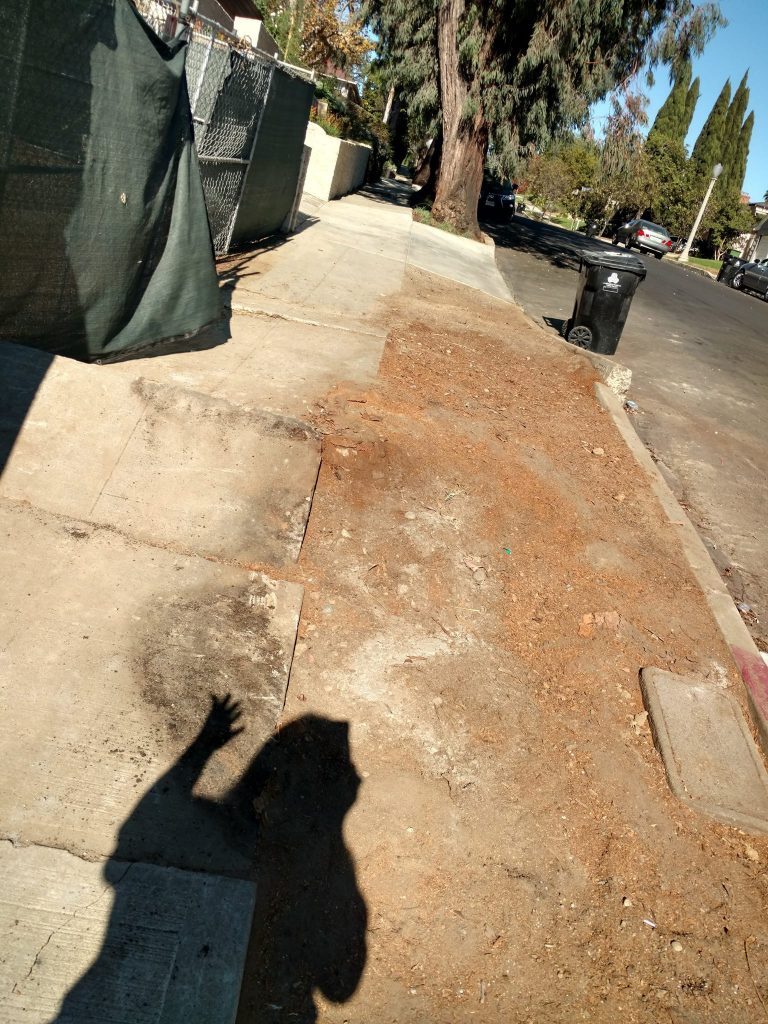 Pat’s shadow points to where the last tree used to be.