Dogs of War, edited by Fred Patten, is launching at Further Confusion 2017 in San Jose, California over the January 12-16 five-day weekend.

Dogs of War is an all-original anthology of 23 short stories and novelettes of anthropomorphic animals (not just dogs) in military scenarios, from battle action to boot camps, on land, at sea, and in space.  This is designed to appeal to both s-f & fantasy fans, and fans of military s-f.

From a rabbit army’s training camp, to a human army turned into wolves, praying mantises in spacesuits, rattlesnake troops, prejudice against uplifted rat sailors, multi-tailed fox warrior priestesses, and more; these are stories for your imagination and enjoyment.

The book can be pre-ordered from FurPlanet Productions. It will be for sale on the FurPlanet online catalogue after the convention. Price:  $19.95.  455 pages.  Wraparound cover by Teagan Gavet. 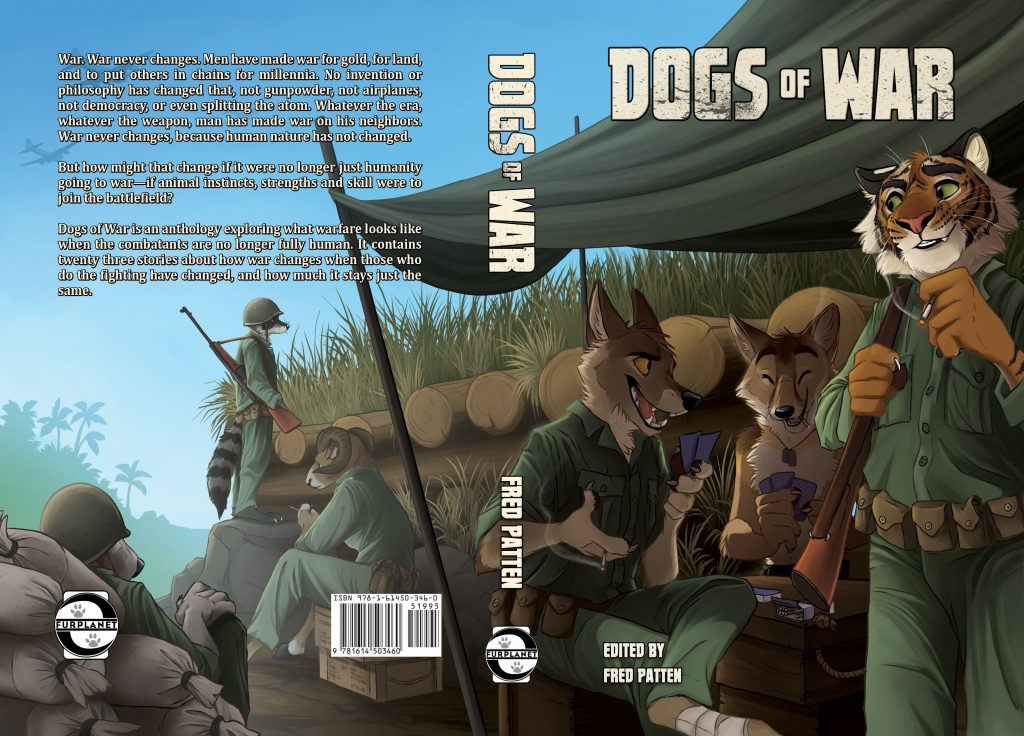 3 thoughts on “Patten To Launch Anthology at Further Confusion”