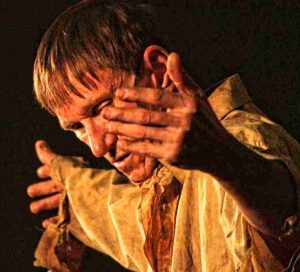 By Mark L. Blackman: Many of us first encountered the term “Pillar of Fire” in the Book of Exodus, where it was a manifestation of God accompanying the Hebrew wanderers. In Ray Bradbury’s 1948 sf/horror novella of that name, it is starkly literal, the towering stone Incinerators into which cadavers are consigned, like so much trash, both the newly deceased and ultimately those long-buried. The disinterring of the last cemetery on Earth (appropriately in Salem) disturbs the grave of one William Langtry (died 1933), who “[comes] out of the Earth hating.”

He finds himself in the sterilized, debatable utopia of 2349, where, in the name of sanitation and mental health, not only are the dead cremated, but so too have been all dark or disturbing influences, such as horror literature like the “ghastly” works of Ambrose Bierce, Edgar Allan Poe and H. P. Lovecraft (“the Great Burning”). (Bradbury once described the story, which he also adapted into a play, as “a rehearsal for Fahrenheit 451.”)  Crime – theft and murder – and fear have been eliminated and become inconceivable, but, Lantry discovers, so has the spirit animating humanity. “Declaring war on an entire world,” “the last dead man on Earth” embarks on a spree of murder and the destruction of Incinerators, hoping, in his madness and loneliness, to restore fear of the dark and to create others like him (“new friends”). 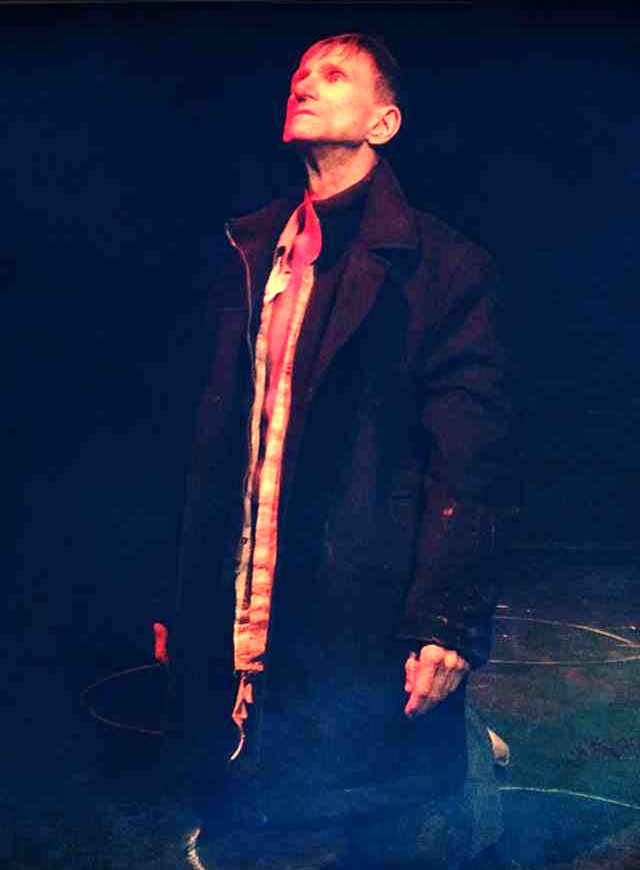 On September 17th, actor Bill Oberst, Jr. brought his one-man performance of Bradbury’s Pillar of Fire, directed by Ezra Buzzington, to the United Solo Theatre Festival in New York, in the Studio Theatre at Theatre Row (Off-Broadway), after two sold-out runs in Los Angeles. Additionally, his staged theatrical reading of the novella won an Ernest Kearney Platinum Award and was named Best Solo Show Of Hollywood Fringe Festival in the Best Of Los Angeles Theater 2015 roundup at Bitter-Lemons.com. The one-night New York run, it should be noted, sold out as well.

The Emmy and Lon Chaney Award-winning fan favorite indie horror actor, whose scarred face is perhaps most familiar from tv’s Criminal Minds (where he was an Unsub who got away) and Scream Queens, calls the piece a hymn to Halloween. “From the opening sentence: ‘He came out of the Earth hating,’ Bradbury is defending Halloween and horror against those who want a world without superstition. In 2349, burial is banned – they burn people’s bodies like trash. There’s only one dead man left, and he’s pissed! Only Ray Bradbury can make you cheer for a zombie terrorist.” 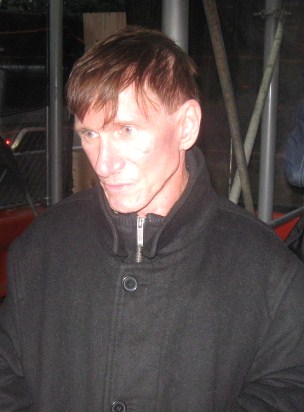 Bill Oberst Jr. after the performance. Photo by Mark Blackman.

Commanding the bare stage, firmly gripping the audience, Oberst breathed sympathy, melancholy and tragedy, along with “graveyard dust” (after all, one can’t breathe life into the respiration-challenged walking dead), into the character of Lantry (whom, face it, is impossible to “cheer”). Clad in rags (Oberst was aware that clothes would not have survived 400 years of burial), didn’t – despite it being labeled “a theatrical reading” – merely recite Bradbury’s text, but performed it as a dramatic monologue, only occasionally referring to a copy of the story in an old edition of S is for Space. (The production was edited and abridged from the original novella, rather than being a staging of the aforementioned play. Bradbury’s beautifully descriptive and powerful language thereby were retained largely intact to fuel the piece.) Accented by lighting, brief music and sound effects, it remained a one-man presentation, with several other characters’ dialog emerging illusory in loudspeakered pre-recordings. (I’m uncertain if that idea worked. Was it intended to render the living into the Voice of God?)

The production clearly was a labor of love for Oberst. “‘Pillar of Fire’ was the first piece of Bradbury I ever read. It’s dear to my heart,” he told me, relating how, years ago, he’d found of S is for Space in the woods. It’s still his “go-to book.” I have a feeling that the copy that he was clutching was that very one.

No spoilers here – read the story.