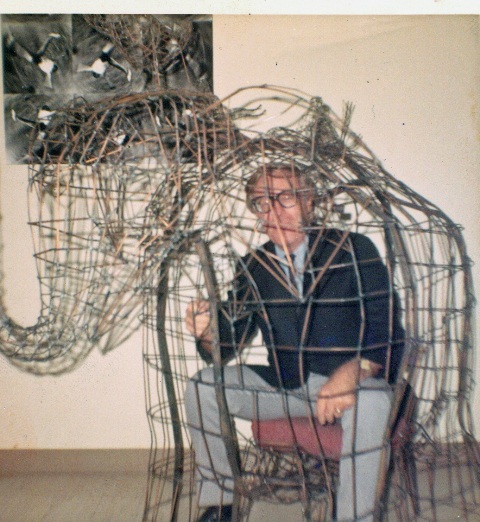 Ray Bradbury as the Spirit of the Elephant.. Photo by Bill Warren.

By Carl Slaughter: When Ray Bradbury visited his hometown, his barber dropped his scissors on the floor and said, “I’ve been waiting for 50 years for you to walk through that door.”

The barber rented a room from Bradbury’s parents when Bradbury was a little boy. The barber watched as Bradbury’s father showed him how to make dandelion wine. Bradbury was only 3 years old when this happened.

Bradbury was in tears because the barber had just given Bradbury confirmation that his story in Gourmet Magazine, “Dandelion Wine,” came from experience. This confirmation made Bradbury realize the story came out of his subconscious. This episode made Bradbury a believer in the power of the subconscious in storytelling.

I give up, why didn’t the barber just send Bradbury a postcard…